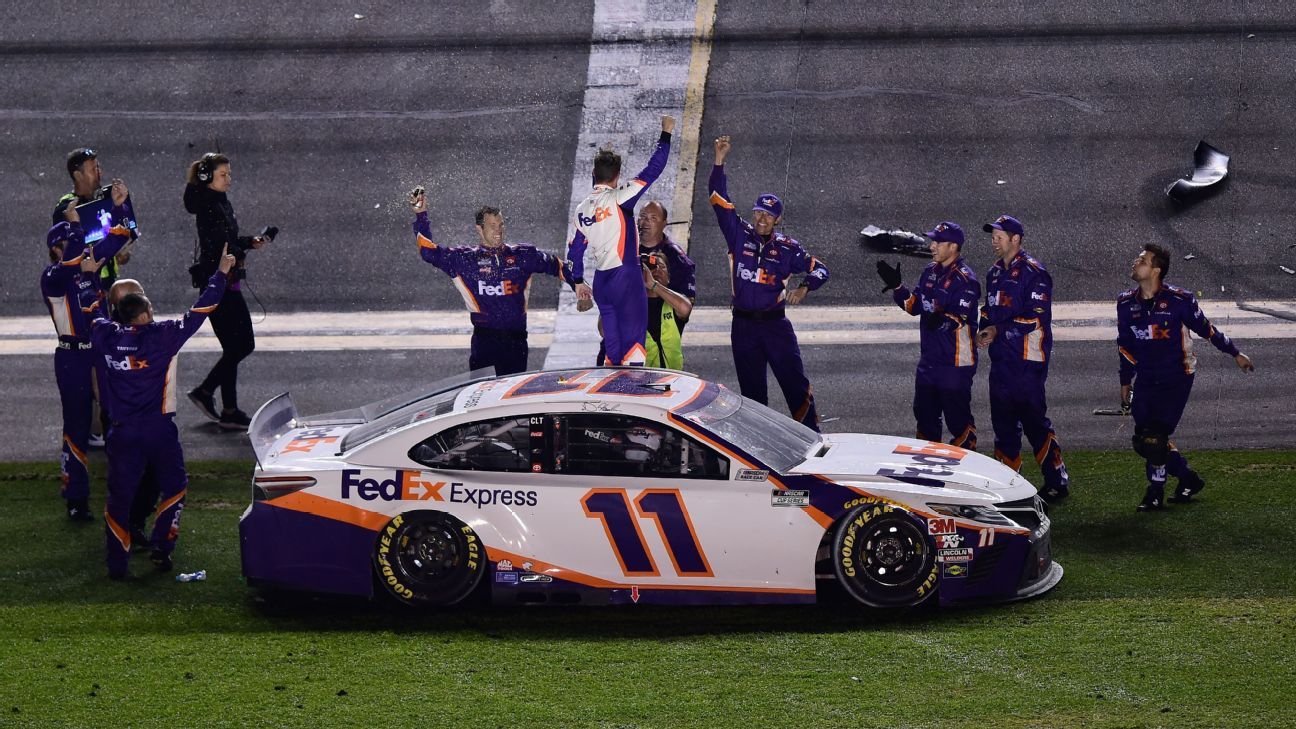 DAYTONA BEACH, Fla. — New year, another Denny Hamlin win in the Daytona 500, and Joe Gibbs still has the team to beat in NASCAR.

Hamlin won his third Daytona 500 on Monday, becoming the first driver since Sterling Marlin in 1995 to win “The Great American Race” in consecutive seasons. His win last year was a 1-2-3 sweep for Joe Gibbs Racing and kicked off a yearlong company celebration in which Gibbs drivers won a record 19 races and the Cup championship.

Hamlin’s celebration in victory lane was subdued in light of a terrifying crash late in the final lap that sent Ryan Newman to the hospital.

“I think we take for granted sometimes how safe the cars are, and No. 1, we are praying for Ryan,” Hamlin said.

Bradley: An open letter to Beterbiev and Yarde — with a game plan for each
Lewis Hamilton says he was racially abused at school
NBA all-time leading scorers: Whom will LeBron James join?
Doncic leaves game vs. Suns with ankle injury
Alessandro Alunni Bravi: Alfa Romeo appoint Italian as team representative for 2023