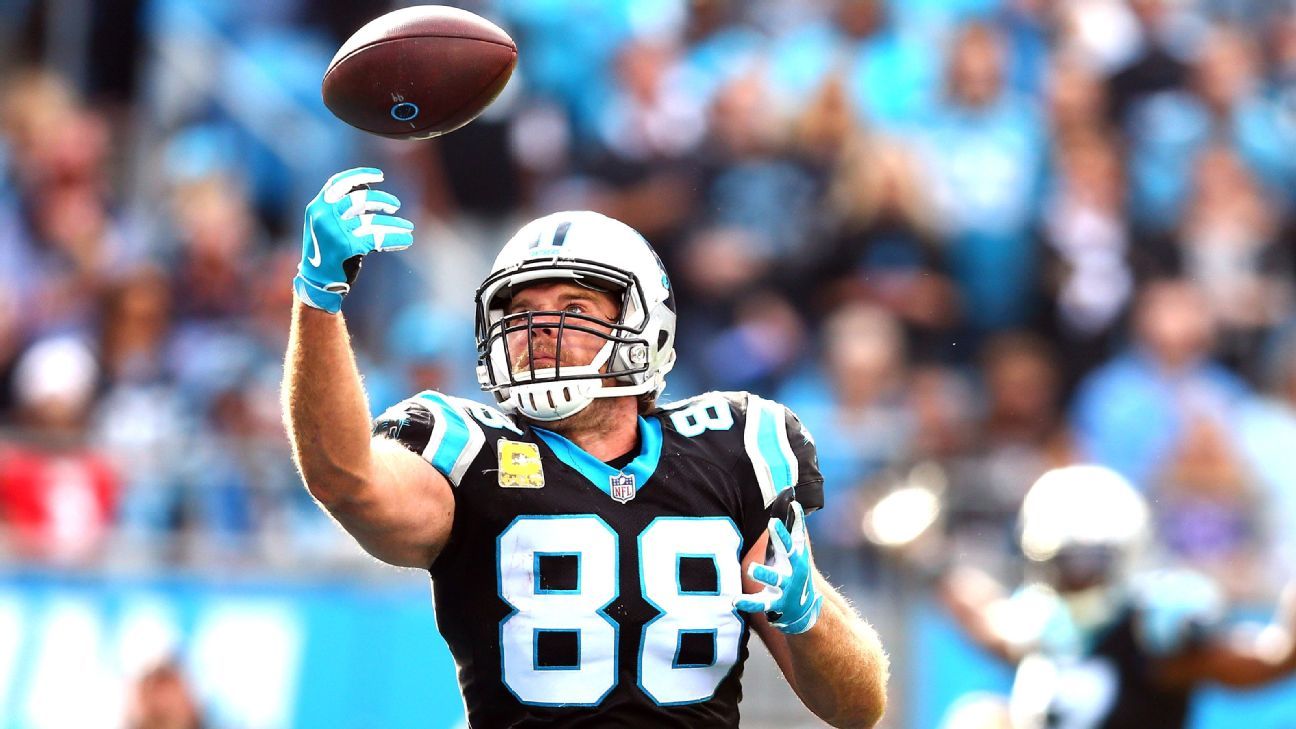 Former Carolina Panthers tight end Greg Olsen has agreed to terms on a deal with the Seattle Seahawks, the team announced Tuesday.

Terms weren’t released, but a source told ESPN’s Adam Schefter the deal is for one year and worth $7 million, with $5.5 million in guaranteed money.

Olsen visited with Buffalo, Seattle and Washington, and he felt most comfortable with the Seahawks, the source said.

Tight end was an area of need for the Seahawks, with Will Dissly coming off a ruptured Achilles tendon, his second major injury in as many NFL seasons. Veteran tight end Ed Dickson is a candidate to be released after missing most of his two seasons with Seattle due to injuries. Luke Willson, whom Seattle re-signed after trading Nick Vannett last year, is an unrestricted free agent. Jacob Hollister is a restricted free agent.

Because Olsen was released by Carolina, his addition won’t cost the Seahawks a compensatory pick.

Olsen became a free agent after he and the Panthers mutually agreed to part ways after nine seasons. A three-time Pro Bowl selection who has played 13 NFL seasons, he said he was still interested in playing in the NFL.

After dabbling in broadcasting during some time off, Olsen returned to the field in 2019 to prove he could still be among the top tight ends in the league. From 2014 to 2016, he became the first tight end in NFL history to have 1,000 yards receiving in three straight seasons.

ESPN’s David Newton and Brady Henderson contributed to this report.