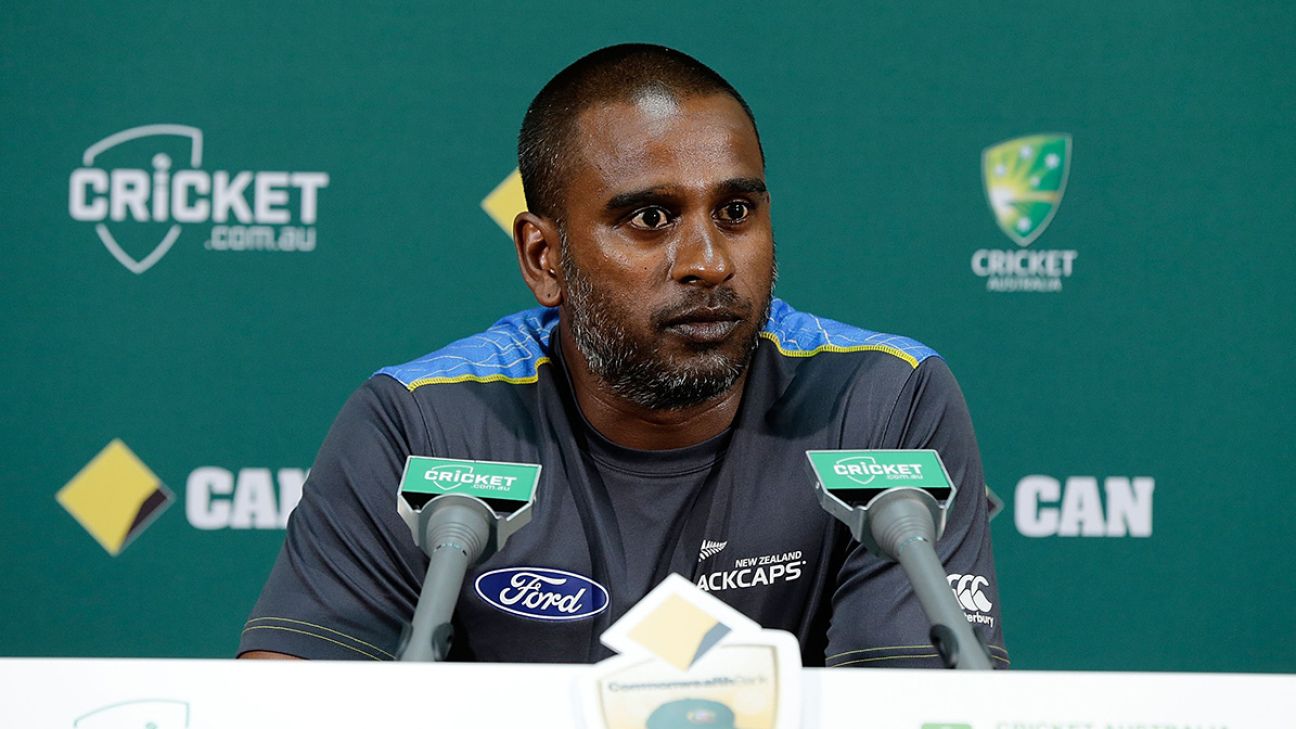 Dimitri Mascarenhas has signed a two-year deal to stay on as Middlesex’s specialist T20 bowling coach.

Mascarenhas, whose arrival at the county last summer coincided with an upturn in results in short-form cricket, has held several coaching roles since his retirement from the game in 2014, including stints with New Zealand, Otago, Melbourne Renegades and Otago.

He will also be an assistant coach to Shane Warne in the Hundred next season, staying at Lord’s alongside Eoin Morgan following the Blast to work with London Spirit.

“Dimi’s laid back, calm persona is a great asset and his coaching style reflects this trait,” said Stuart Law, Middlesex’s director of cricket.

“He has simple methods that resonate well with the boys and allows the players to grow, while guiding them through. We’re really looking forward to working with Dimi again during the T20 Blast campaign this season.”

Middlesex reached the knock-out stages of the Blast for only the second time since winning the competition in 2008 last season, with their five-man bowling attack coming to the fore.

Mujeeb Ur Rahman has signed to return as an overseas player, while the Cricketer magazine has reported that Law hopes to sign an allrounder alongside him, with Mitchell Marsh one possible target. AB de Villiers is unlikely to return, with the Blast directly following the IPL season and workload management a concern ahead of a potential international comeback in time for the T20 World Cup.

“I loved my time last year and felt we made some progress on the bowling front and as a team,” said Mascarenhas. “The opportunity to work with Stu Law and Nic Pothas, two international-level coaches, is extremely exciting and brilliant for my development.

“The squad is very similar to last season and I’m sure we can make a huge play for the finals again. I can’t wait to join up with the squad and continue what we started last year.”