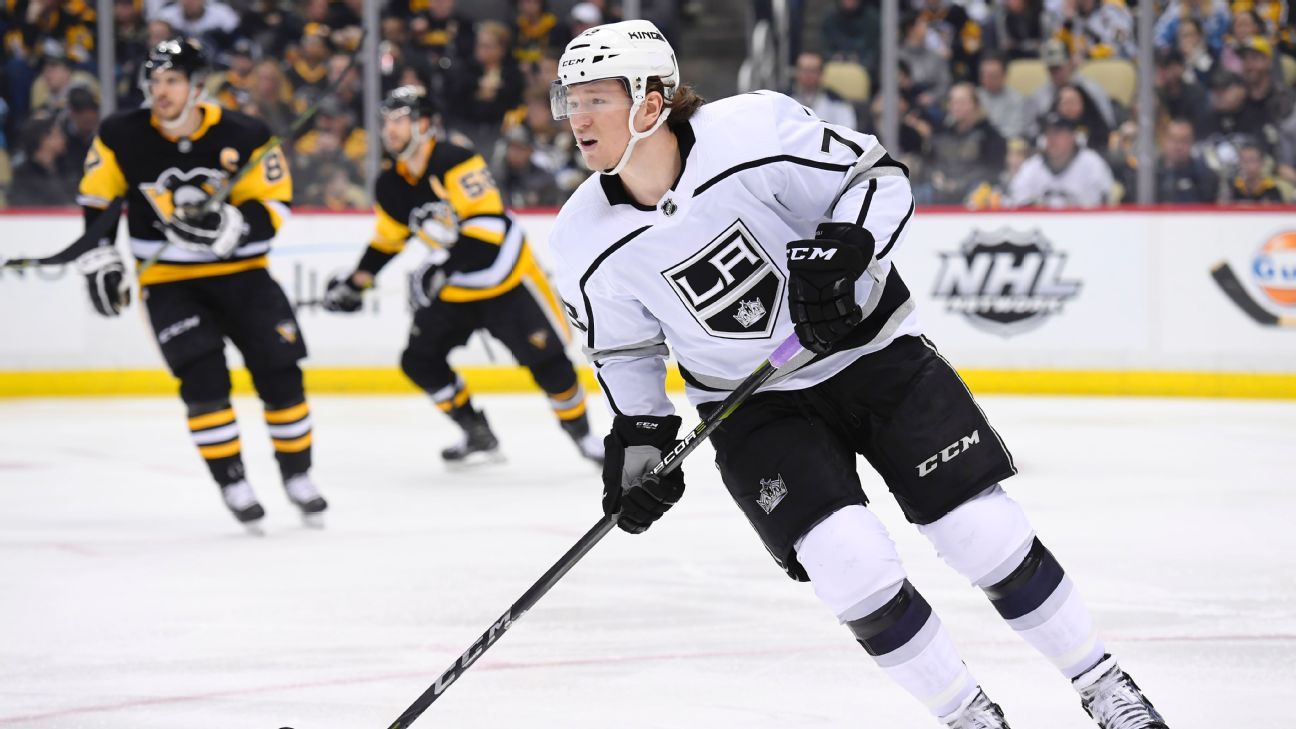 The Vancouver Canucks have acquired Los Angeles Kings winger Tyler Toffoli, one of the NHL trade deadline’s most sought after wingers, for a hefty price tag on Monday night.

The Canucks sent forward Tim Schaller, center Tyler Madden of Northeastern and a 2020 second-round draft pick for the 27-year-old Toffoli, who is an unrestricted free agent this summer. If Toffoli signs with the Canucks, the Kings will receive a conditional fourth-round pick in 2022.

A former 30-goal scorer, Toffoli has rebounded from a down offensive year with 18 goals and 16 assists in 58 games. That includes the three goals he scored on Saturday night in the Kings’ Stadium Series victory over the Colorado Avalanche at the Air Force Academy – becoming the first player in NHL history to record a hat trick in an outdoor game.

“Toff had an incredible night,” said Kings coach Todd McLellan after the game, which was Toffoli’s last as a King. “He’s got some poise. He’s patient. It’s nice to see him get rewarded. He’s had some chances. He was a little snake bit. Normally, his numbers would be a little higher.”

Toffoli can play both wings and brings something to the young Canucks that most of them lack: a Stanley Cup ring, which he won with the Kings in 2014, scoring 14 points in 26 games during that run.

Schaller has six points in 51 games, playing 11:42 per game on average in a fourth-line role. Madden was drafted No. 68 overall by the Canucks in 2018, and is in his second season with Northeastern University. He’s the son of former NHL center John Madden.