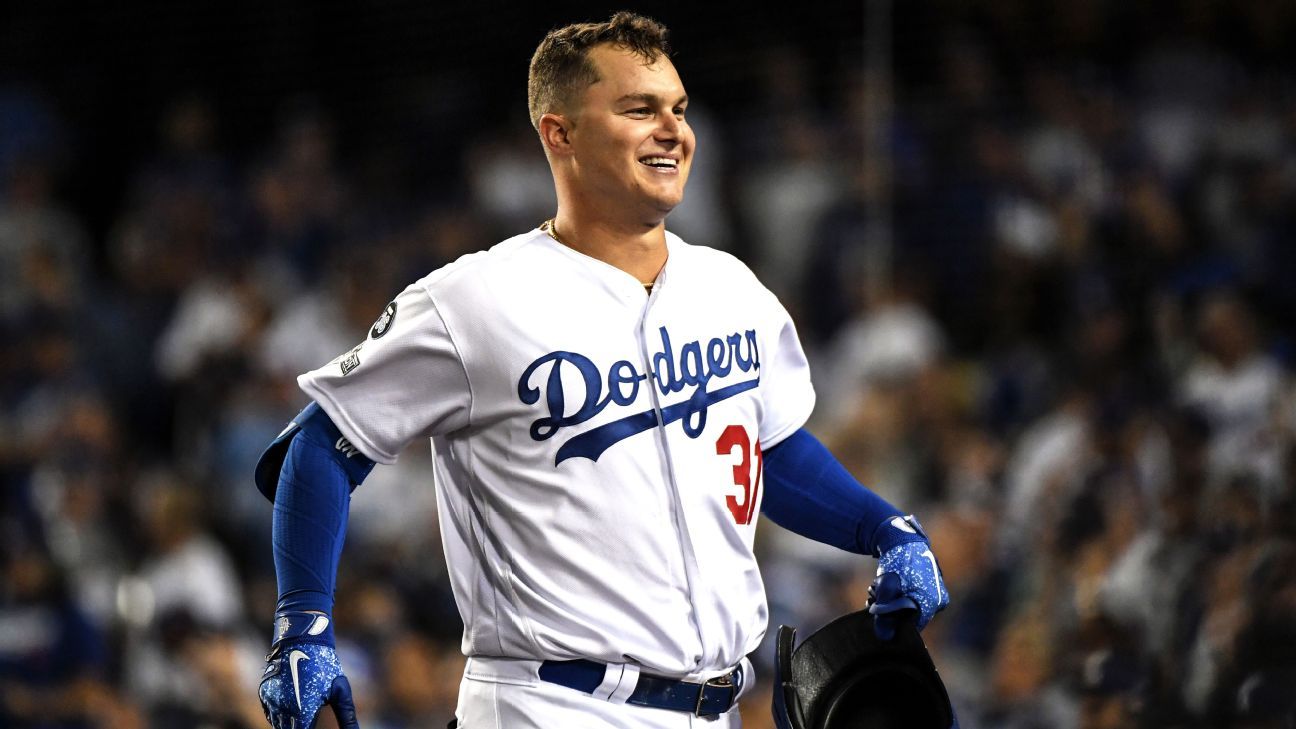 GLENDALE, Ariz. — Joc Pederson was back in a familiar clubhouse. He had the same dressing stall and many of the same teammates.

Not much had changed, except for him.

He felt awkward — and with good reason.

Pederson put his Dodgers uniform back on at Camelback Ranch over the weekend for the start of spring training. Just a week earlier, it looked as if he would be performing these February rituals across town in Tempe.

For five days, Pederson appeared to be headed to the Los Angeles Angels along with pitcher Ross Stripling as part of several multiplayer trades surrounding Mookie Betts‘ move to the Dodgers. The Angels-Dodgers trade was eventually scrapped, but only after an uncomfortable amount of uncertainty for the players involved.

“I thought for sure I was going to the Angels,” Pederson said. “It seemed pretty official. I was talking with my wife about what we were going to do living-wise, spring training-wise, talking about changing my cleats, everything.”

Stripling thought the same thing. For a few days, he made plans to move on.

“I’m thinking I’m leaving all my friends and teammates,” Stripling said. “The Dodgers are all I know.”

Both Pederson and Stripling have played for only the Dodgers in their big league careers. But just as they began to pack, they learned the trade was off.

Although nobody has spoken in depth about the reasons for the decision, the Angels and Dodgers decided not to make the deal that would have sent Pederson and Stripling to Orange County for infielder Luis Rengifo and a prospect.

Pederson said he got the news from the Dodgers’ front office at about the same time the team’s blockbuster deal with Boston for outfielder Betts and pitcher David Price was finalized.

“It was kind of up in the air the whole time, I guess,” Pederson said. “There were different options or different avenues they could go, until that happened. It’s a little awkward coming back. But I’m excited to be here, ready to win a World Series.”

Pederson can’t be sure that the Dodgers still won’t trade him, particularly with their outfield looking stacked already. Pederson probably could have been the Angels’ everyday right fielder as he prepares to hit free agency in a year.

Manager Dave Roberts said he planned to rotate Pederson and A.J. Pollock in left field. Betts will be in center and Cody Bellinger in right.

Although Stripling probably would have been able to secure a spot in the Angels’ rotation after bouncing in and out of the Dodgers’ starting group, he still reacted to news of the scrapped trade with a celebratory GIF on his Twitter account. Stripling said he doesn’t think about whether the Dodgers still plan to trade him.

“You can look at it that way,” he said. “But I think you have to trust the relationships you’ve made with coaches and management. They say, ‘We respect you and we really love having you here.’ I choose to believe them. I understand the business side of it. I mean, we had a chance to get Mookie Betts and David Price. If that means getting rid of Ross Stripling, then that’s part of it. But I don’t choose to take it personally.”

For Pederson, a roller-coaster ride of a week was further complicated by salary arbitration: He lost his case with the Dodgers, leaving him to make $7.75 million instead of his requested $9.5 million for the upcoming season.

He said his agents asked to delay the hearing because it was unclear where he would play, but a postponement was not granted.

“That definitely added to everything,” Pederson said. “The part between the Dodgers and me, that’s what the case was for. They won. There’s no hard feelings about that.”