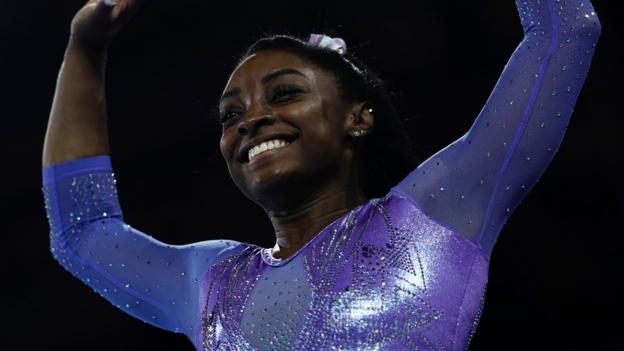 American Biles, 22, won five gold medals in Stuttgart last year to become the most decorated athlete at the World Championships.

“This means the world to me,” said Biles, 22, who spoke to the audience from Houston, USA where she hosted an event and where she is training for Tokyo 2020.

“I want to thank my family and friends.”

Meanwhile, Hamilton used his speech to highlight what he believes are issues over a lack of diversity in F1.

“I grew up in a sport that has given my life meaning,” said Hamilton.

“But I’ve grown up in a sport which has little to no diversity. It’s an issue we are continually facing. It’s all of our responsibilities to use our platform to push for gender equality and inclusivity. We have to make sure we are engaging and representing what the world is today.”