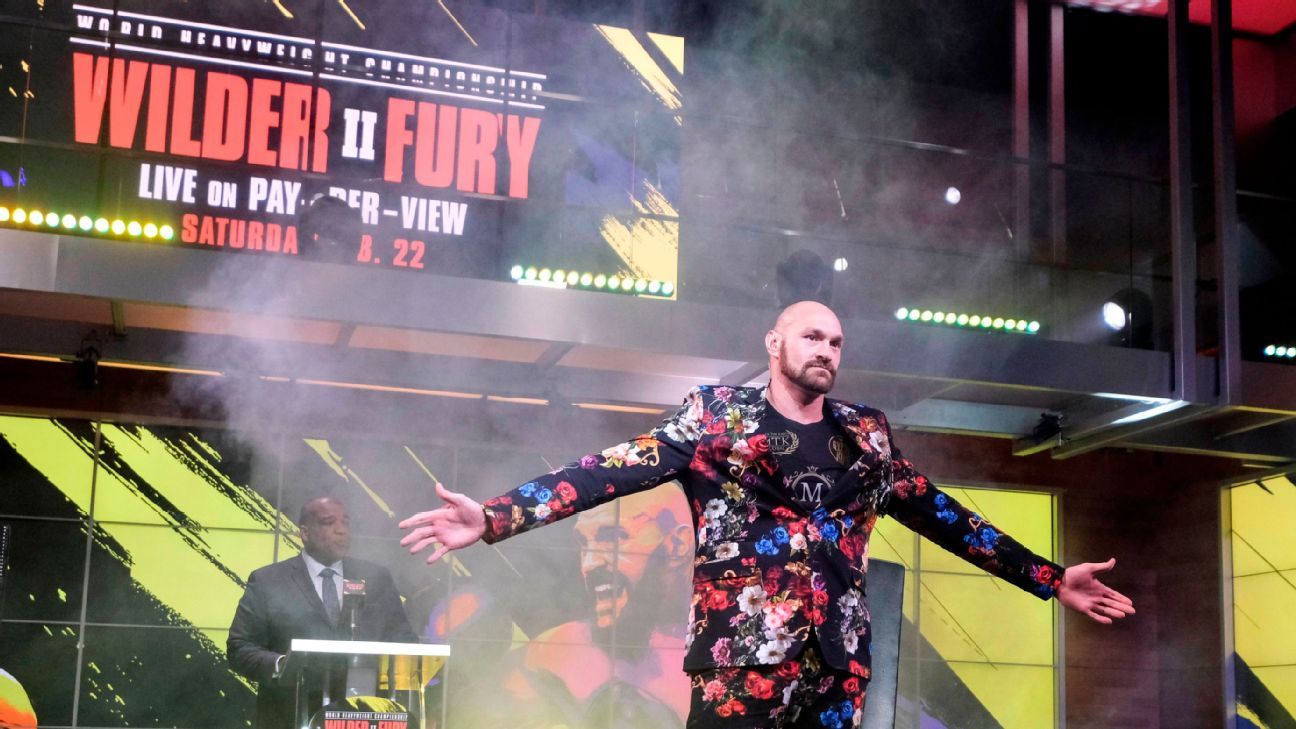 Tyson Fury has done a lot thinking about his future in recent years. After coming off a 2½-year hiatus from boxing, Fury resurrected his career against Deontay Wilder in December 2018 in one of the most memorable heavyweight fights of the past 20 years.

On the eve of Saturday’s rematch, with both men putting their respective titles and undefeated records on the line in a lucrative proposition, Fury is talking about a short shelf life for his career in boxing.

“I’ve not got an age, but I’ve got three fights left on my contract with ESPN,” Fury, 31, told ESPN’s Ariel Helwani on Monday. “And after that, I will seriously think about walking away.”

So why, on the brink of his biggest opportunity to date and in a revitalized heavyweight division, would Fury consider walking away during the biggest moneymaking window of his career?

“Because I don’t need to fight anymore,” he said. “What is the point? What am I going to gain from it? When I beat Wilder on Saturday, I’ll have completed the game. The game will be completed. I’ll have won every single belt there is to win in the game, from minor to major, and I’ll have won The Ring magazine belt twice — becoming only the second man in history to do that, me and Muhammad Ali.

There is, of course, the prospect of many other avenues for Fury to pursue. In the months following his victory over Otto Wallin in September, Fury took a hiatus and stepped into a WWE ring — performing in a match on their Crown Jewel show in Saudi Arabia on Oct. 31. There are also ongoing conversations about Fury stepping into an Octagon or cage with modified rules to face the best the UFC has to offer.

“I’m still open to it, but like I say, one fight at a time,” Fury said. “I’ve got so many gates open to me at the minute, I could probably do anything I want after this fight, so I’ll have to sit down and go through what’s the best for me.”

While Fury is excited about what’s in store for Saturday and beyond, both in and outside of boxing, he eventually envisions a wind-down to his public life and enjoying a lot more time with his wife and five children.

“I’ll be a happy man, contented, and just live a normal life, a simple life,” Fury said. “Sometimes you get these fighters who want to live big and extravagant lives, and all the boats and planes and whatever else they want to do with their lives. They want to be prime minister or president or some stuff. I have no interest.

“I want to be left alone. Go to the school and back, have a coffee in the morning, go work out, and that’s it. Go to bed, wake up and do exactly the same, every day.”