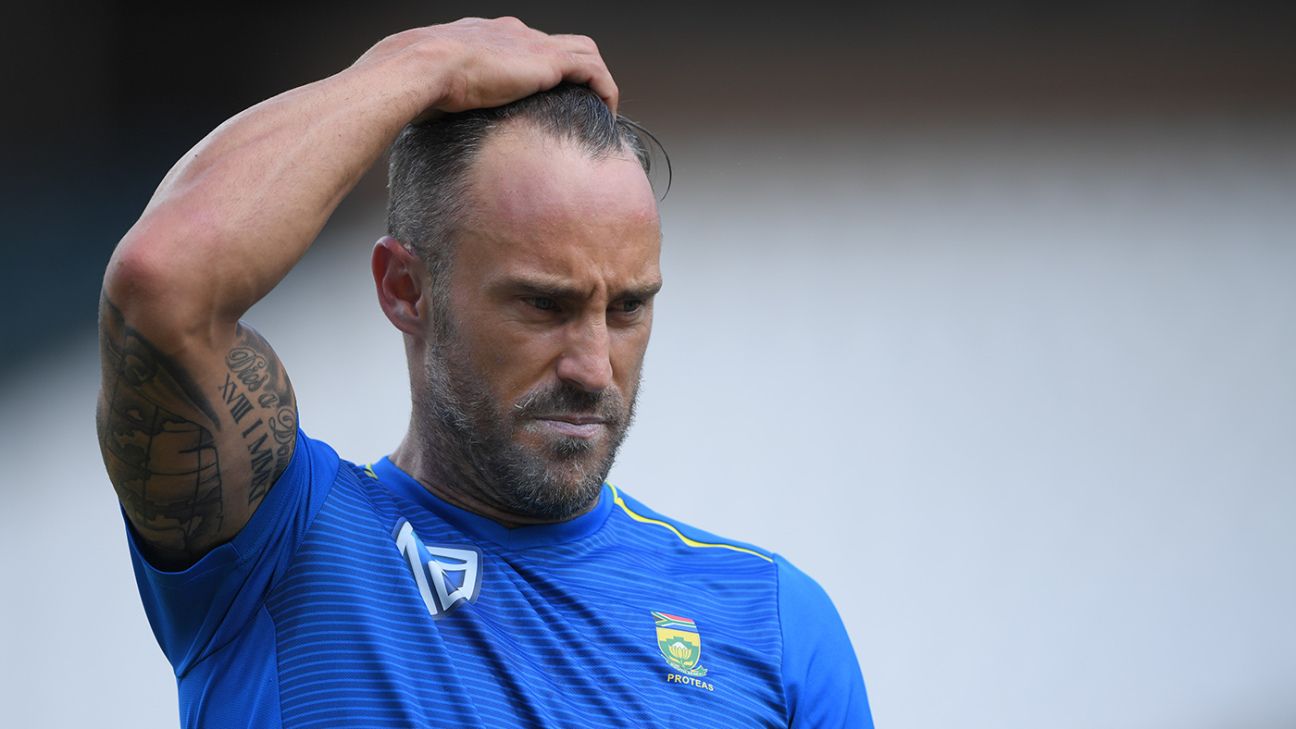 Faf du Plessis has stepped down as captain of South Africa’s Test and T20I sides with immediate effect. However, the 35-year-old remains fully committed to playing all three formats for the time being.

Du Plessis cited a need to give the next generation of leaders within the team a chance to develop as the reason for stepping down. Last month Quinton de Kock was named stand-in captain for the ODI series against England, with du Plessis being rested. Graeme Smith, South Africa’s director of cricket, had then confirmed that the management was looking at de Kock as the permanent captain.

“This was one of the toughest decisions to make, but I remain fully committed to supporting Quinton, Mark [Boucher] and my team-mates as we continue to rebuild and re-align as a group,” a Cricket South Africa (CSA) release quoted du Plessis as saying. “South African cricket has entered a new era. New leadership, new faces, new challenges and new strategies. I remain committed to play in all three formats of the game for now as a player, and will offer my knowledge and time to the new leaders of the team.”

ALSO READ: Cricket is a finite game and Faf du Plessis’ finish is in sight

He is the only South African captain to have won home and away series against Australia in both Tests and ODIs but has been under pressure since the side failed to make it to the semi-finals of the 2019 World Cup in England. That was followed by two forgettable Test series, with South Africa being whitewashed 3-0 in India before losing 3-1 to England at home.

“After the 2019 ICC World Cup, I made the decision to continue in my role as captain while the team went through a rebuilding phase following the retirement of some key senior players and a complete overhaul of the coaching staff that we had worked with until then. It was important to me that I stayed to help the team find its feet and plot a new way forward while assisting in identifying the next generation of leaders within the players’ group during a time of turbulence in SA cricket. The last season of my captaincy has been the most challenging to date as I had a lot of off-field issues that I devoted my energy towards.”

South Africa have been looking at de Kock as their next captain across formats for a while now. Last year in du Plessis’ absence, he led the side in the three-match T20I series in India, that ended in 1-1 draw. And while South Africa lost the recently concluded T20I series against England 2-1 under him, there were plenty of positives for the side.

South Africa next host Australia for three T20Is, the first of those starting on Friday, followed by three ODIs.