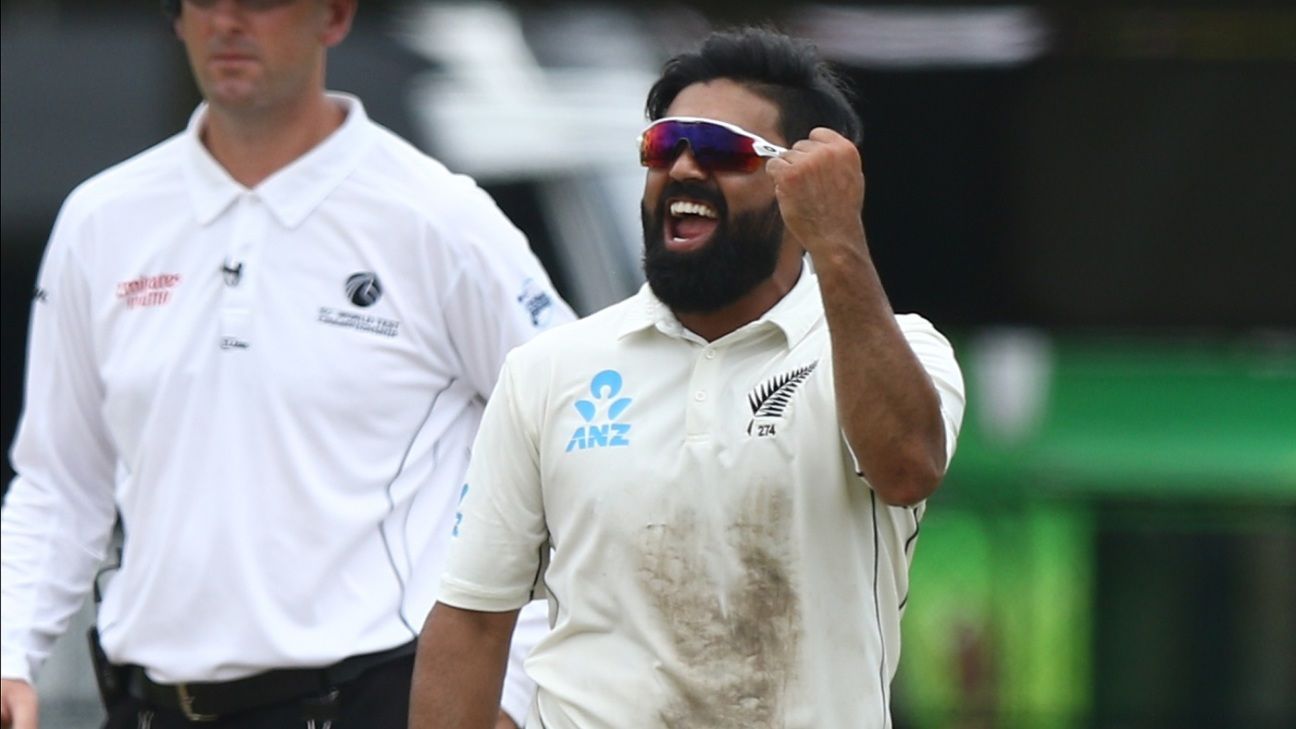 Left-arm spinner Ajaz Patel has been recalled to the New Zealand squad for the Test series against India while there is a place for uncapped seamer Kyle Jamieson and Trent Boult has recovered from his broken hand.

Boult picked up his injury in the Boxing Day Test against Australia in late December which ruled him out of the final match of that series in Sydney and then the limited-overs leg of India’s visit.

Jamieson was called up to the Test squad in Australia after the injury to Lockie Ferguson and his promising performances in the ODIs have earned him a spot in this group. Patel’s recall means there is no place for allrounder Mitchell Santner.

Daryl Mitchell, who made his Test debut against England last year, has been included as batting and allrounder cover.

“With a squad of 13 we’ve put a priority on balance and making sure we have the needed variety and different options depending on the pitch conditions at the Basin Reserve,” New Zealand coach Gary Stead said. “It’s terrific to have Trent back with us and we’re looking forward to the energy and experience he adds to the group alongside his obvious class with the ball in hand.

“Kyle will offer us a point of difference with the bounce he could extract on what is traditionally a good surface in Wellington. “We’re excited to welcome back Ajaz who has done a great job for us overseas and has a proven domestic record in New Zealand conditions.

“Daryl showed his batting prowess in his Test debut against England in Hamilton and he naturally offers us great versatility with the different roles he can play.”