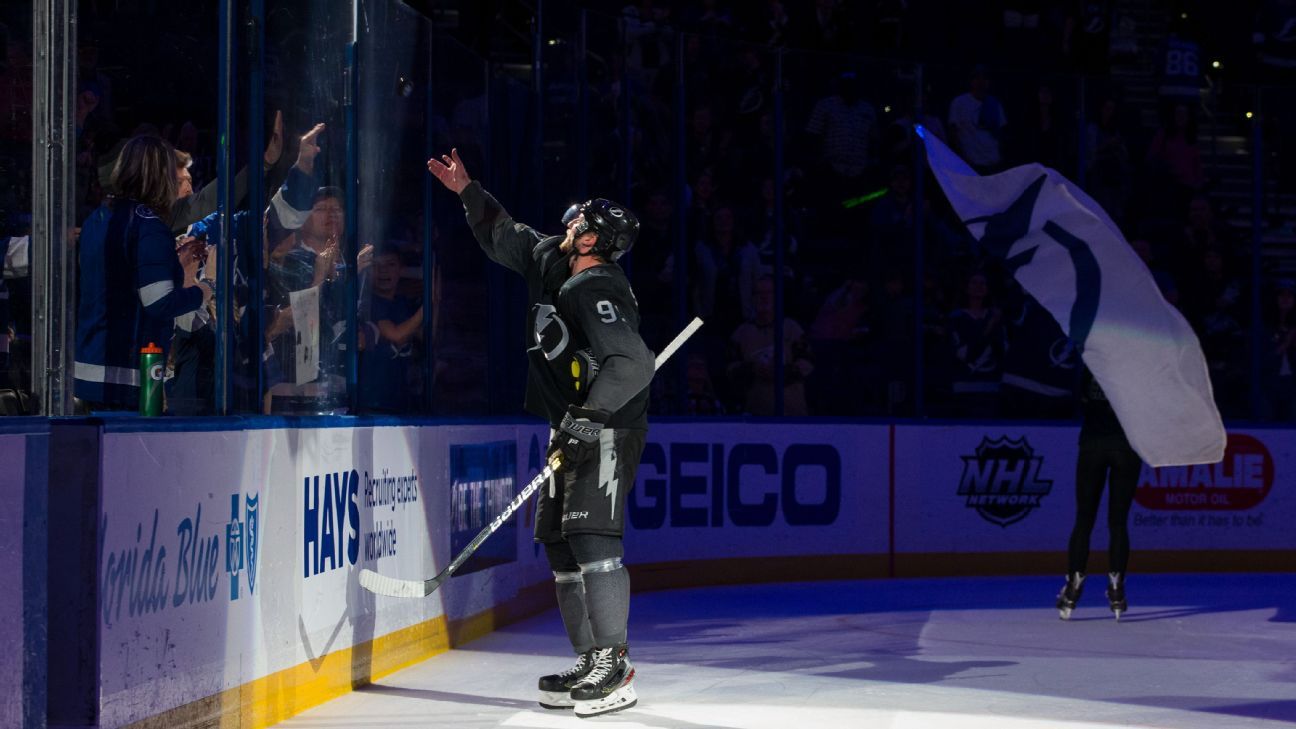 Tampa Bay’s two leading scorers, Steven Stamkos and Nikita Kucherov, returned from lower-body injuries on Saturday and combined for four points in a 5-3 win over the Philadelphia Flyers.

Both assisted on Brayden Point‘s 21st goal of the season in the third period, and Kucherov buried an empty-net goal, as the Lightning pushed their winning streak to 10 games with the afternoon victory. Stamkos assisted on that final tally.

With 83 points, the Lightning have moved within one point of Boston for the No. 1 spot in the Eastern Conference.

Stamkos missed three games, and Kucherov one, but both slid easily right back into the lineup vs. Philadelphia. Stamkos took two shots on 23 shifts, occupying 18 minutes, 36 seconds of time on the ice. Kucherov had three on 21, and played for 19:11, including 5:51 on the power play.

Kucherov, who left a 2-1 overtime victory in Pittsburgh in the second period when he got tangled with teammate Tyler Johnson, has 28 goals and 72 points in 57 games this season. Stamkos was injured in a 3-1 win over the Islanders Feb. 8, but finished the game. He has 26 goals and 61 points in 53 games.

The Lightning now have two different 10-game winning streaks this season, and have points in 13 of the last 14 games. They are the first team since the 1970-71 Bruins to post multiple 10-plus winning streaks in the same season.