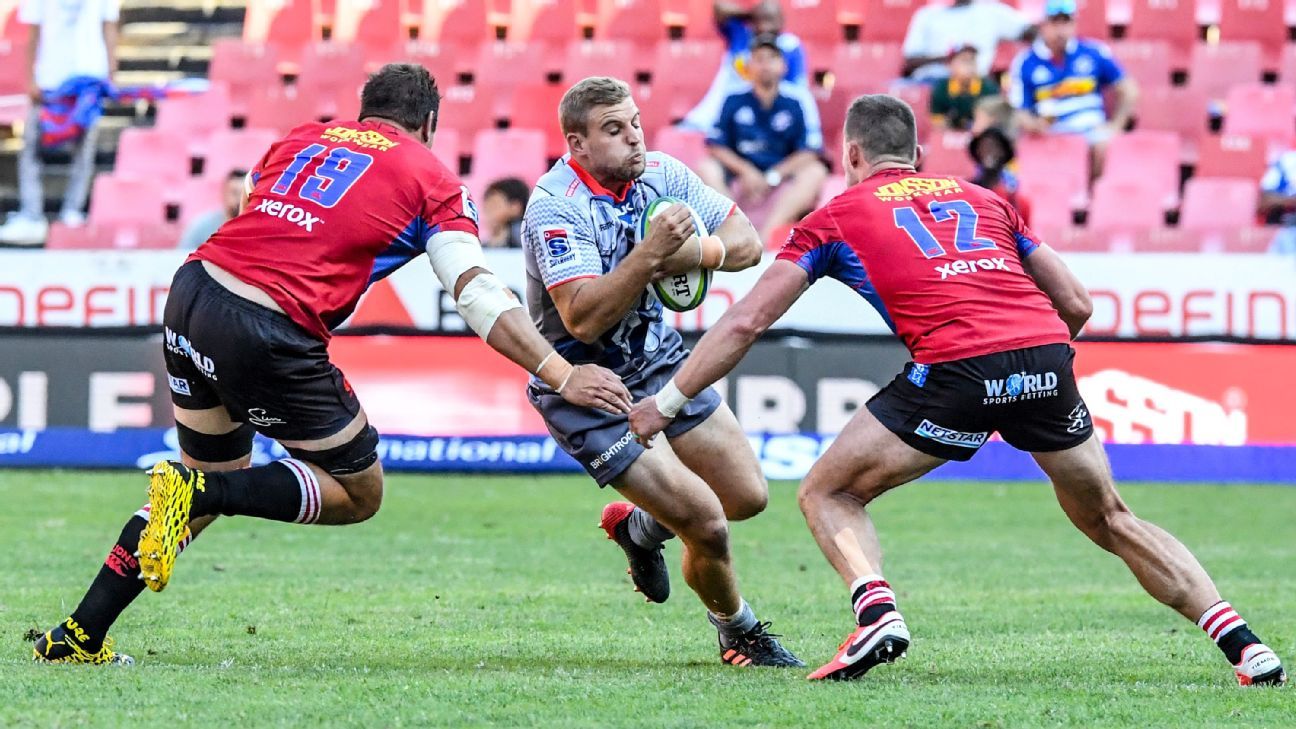 The Stormers shot to the top of the South African conference with a breakthrough win on the Highveld as Australian teams plumbed alarming depths in the third round of Super Rugby.

A last-gasp try to centre Ruhan Nel secured victory in a 33-30 thriller over the Lions in Johannesburg and ensured the Cape Town-based Stormers joined the Chiefs as the only undefeated side in the competition.

It was the Stormers’ first win at Ellis Park in five years, and John Dobson’s side will return to Newlands confident they can consolidate their start when they face the Jaguares and Blues at home in coming weeks.

The Jaguares remain close behind the Stormers, however, shoring up second spot in South Africa by crushing the winless Queensland Reds 43-27 in Buenos Aires.

Argentina hooker Julian Montoya grabbed a hat-trick of tries as the Jaguares, runners-up to the Crusaders last year, overcame a 24-12 deficit at halftime before mauling their way to victory.

The Reds’ third defeat capped another dismal week for the Australian teams, who have failed to win any of their six matches against foreign opponents this season.

After three rounds, the entire Australian conference, made up of four local sides and the Tokyo-based Sunwolves, has produced only 19 points, less than half of the leading New Zealand (39) conference and well below South Africa (36).

Australia’s struggles could not come at a worse time for the nation’s embattled governing body Rugby Australia, which is in negotiations with broadcasters over a new five-year deal for the rights to Super Rugby and the Wallabies’ Tests.

Worryingly, the country’s two best-resourced provinces remain bottom of the conference, with the New South Wales Waratahs joining the Reds at 0-3 after losing 24-10 in the wet away to the Melbourne Rebels on Friday.

The Waratahs’ new coach Rob Penney, who replaced fellow New Zealander Daryl Gibson in the off-season, is already under pressure after an error-strewn start by his rebuilding team.

The Warren Gatland-coached Chiefs continued their perfect start to the season with a 43-17 win away to the Sunwolves to remain top in New Zealand.

Beaten by the Chiefs last week, the Crusaders rebounded with a 25-8 win at the Blues to shore up second place.

“I think we had a decent review (of the Chiefs loss),” Crusaders captain Scott Barrett said.

“We had a bit of hurt that was bottled up inside us.”

In a good weekend for New Zealand, the Hurricanes gave the Durban-based Sharks a 38-22 reality check to claim their second win, before the Highlanders snatched a 23-22 cliffhanger away to the Australian conference-leading Brumbies.