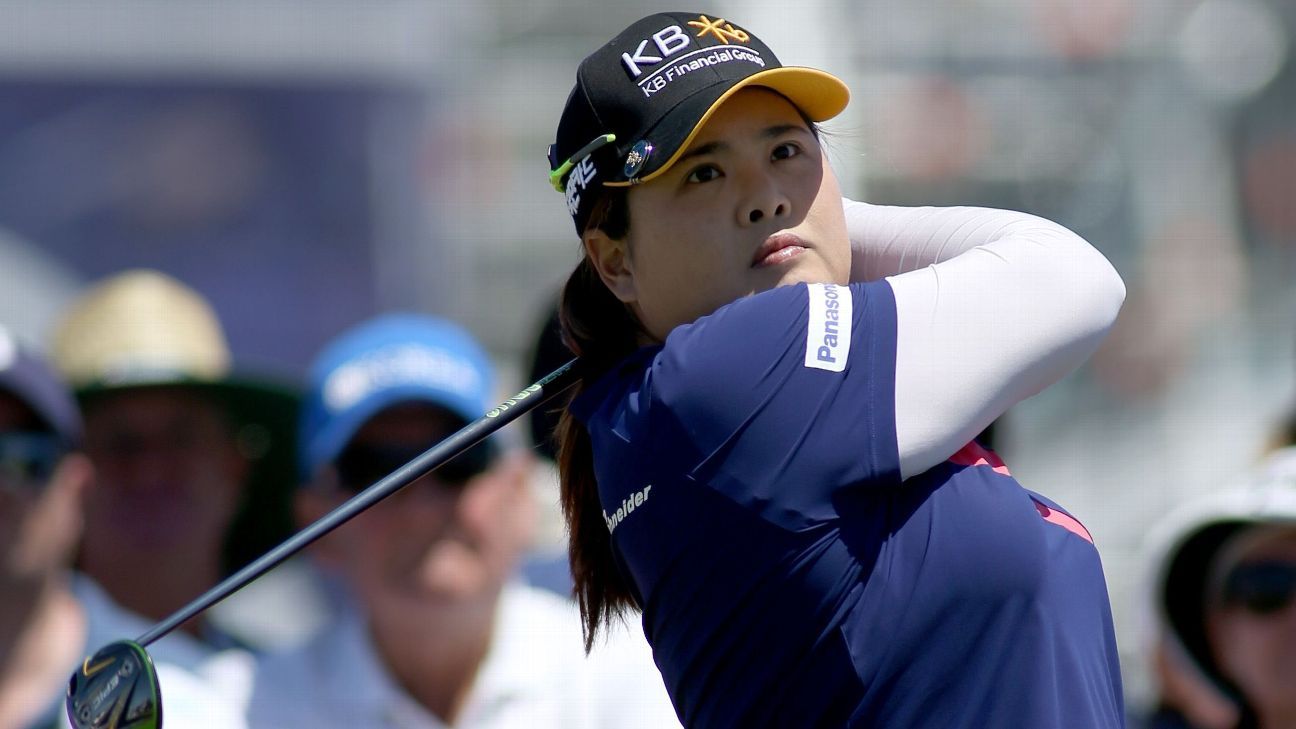 Park started her final round three shots in front of 19-year-old South Korean compatriot Ayean Cho. She bogeyed the ninth hole but still turned five shots ahead of the field and went out to a seven-shot lead early on the back nine at the Royal Adelaide Golf Club.

But the 31-year-old former World No. 1 faltered briefly, bogeying the 14th and 16th holes and walking off the 16th green only two shots ahead of fast-finishing American Amy Olson. Olson had four birdies in a 3-under final-round 70 and was in the clubhouse with an 11-under total of 281.

Park held her nerve, making birdie on the par-5 17th and par on the 18th to win her 20th LPGA title and to gain a rankings boost that lifts her chance of qualifying for the Tokyo Olympic Games and a chance to defend the gold medal.

As the winning putt dropped, Park was showered with champagne. She signed for a 1-over 74 and a total of 278, finishing three clear of Olson and four clear of Delacour, who took outright third place at 10 under.

“It was a tough day out there today, really different to the last three days I played,” Park said. “It has been a while since I played in Australia, it’s been eight years since I played here so I’m really happy to be back here playing in front of Australian fans, and to hold the trophy is even more special.”

Park had an Australian on her bag Sunday, making her win sweeter. Longtime caddie Brad Beecher has been with her for all seven majors.

“I’ve been working with him for 14 years,” Park said. “I came here eight years ago and he always asks me to come every year, but this tournament is just too early in the season.

“But this year I ended up playing and ended up being able to present him with the trophy.”

Olson said she was pleased to be able to put some pressure on the leader Sunday. Only one player shot better than her last-round 70 in windy conditions.

“It was a battle out there,” Olson said. “But I was really pleased with how I struck it.

“In the wind you’re going to miss greens and I had some really good up-and-downs.”

Park previously won on the LPGA Tour at the Bank of Hope Founders Cup in mid-March 2018. That will be the next tournament stop on the 2020 tour — in Phoenix from March 19-22 — following the cancellation of tournaments in Thailand (where Park won in 2013), in Singapore (where Park won the HSBC Women’s Champions in 2015 and 2017) and in China.

Those tournaments were cut from the schedule due to a virus outbreak that began in China and has infected more than 67,000 people globally. The World Health Organization has named the illness COVID-19, referring to its origin late last year and the coronavirus that causes it.

The secret history of NBA players “walking the dog” — and how Ja Morant perfected it
Guardiola feels the strain as Arsenal, Man United reawaken with his own proteges
NFL tells teams cap will be $224.8M, source says
Russ passes Payton, now 10th in assists all time
Duke’s Whitehead (leg) out Saturday vs. G-Tech