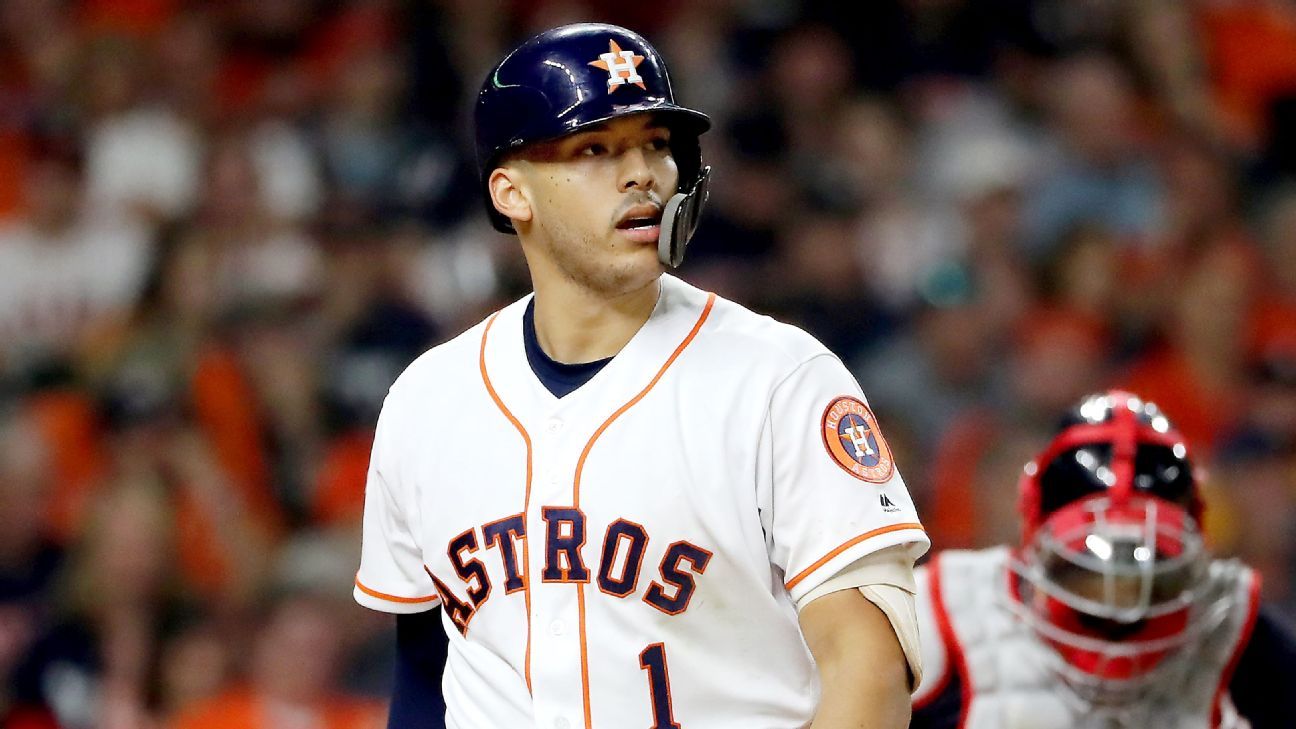 FORT MYERS, Fla. — The camps have opened. Left-handers and right-handers are building their pitch counts. New gloves are being oiled, bent and broken in. Some players are learning new positions. Hitters have worked offseason swing changes into their first rounds of spring batting practice. Opening Day is 39 days away, meaning little more than a month for final adjustments.

But there is really no way for the Houston Astros to prepare for what looms this year when they leave their Minute Maid Park cocoon, and perhaps even in moments when they are in that safe zone of home.

Set aside the question of on-field retaliation for the Astros’ sign stealing that has been raised by Mike Clevinger, Ross Stripling and others, prompting Dusty Baker to push back Saturday on the hints at violence. What the Astros seem destined to experience is a most extreme form of negative reinforcement.

Thousands upon thousands of fans heaping anger, frustration, bitterness and whatever other emotions they care to temporarily eject from their lives at a small group of men in orange uniforms, tearing at whatever mental scar tissue each of the Astros players can construct day to day.

Over the past week, some players on other teams have watched the backlash to the Astros’ repeated public relations debacles and observed the avalanche of fan response on Twitter — undoubtedly fueled by the unprecedented verbal attacks of the Astros’ professional peers — and have wondered about the impact on the players who must try to work within that tornado of fan reaction.

And there is no escape. Carlos Correa pushed back against some of the criticism in a series of interviews Saturday, aiming to absolve teammate Jose Altuve while absurdly trying to separate moments when the 2017 Astros cheated from when they did not — a futile exercise.