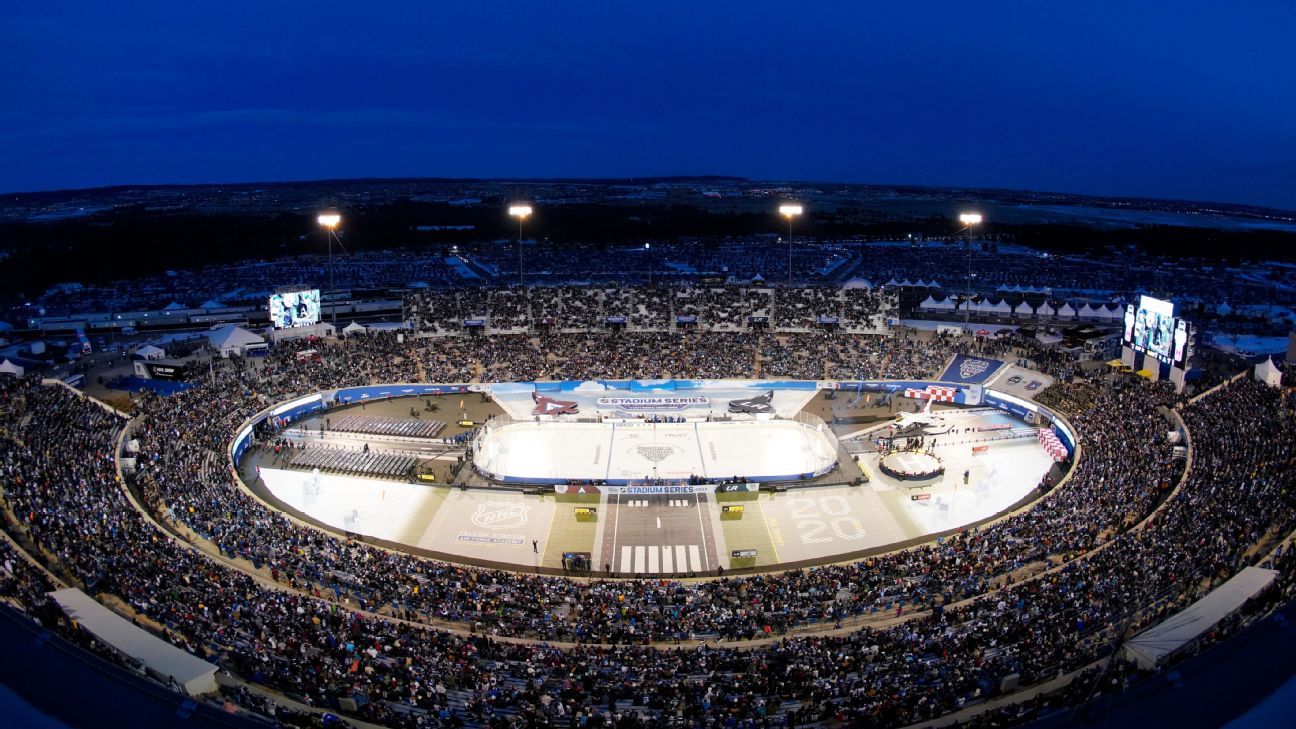 COLORADO SPRINGS, Colo. — The Los Angeles Kings won a 3-1 thriller over the Colorado Avalanche in their outdoor game at the Air Force Academy’s Falcon Stadium on Saturday night. But thousands of fans didn’t see large portions of the game, and many left before its conclusion, thanks to a horrific traffic mess that turned 45-minute journeys from Denver into four-plus-hour expeditions.

“We left at 3:30 in the afternoon. And we just walked in,” said Mario Kontny, an Avalanche season-ticket holder who entered the stadium during the second intermission of a game with a scheduled 6 p.m. MT start. He said the trip from the southern part of Denver to the Air Force Academy would normally take less than an hour.

As the Stadium Series game started, lines of cars seeking to enter the parking lots were visible from the stadium. There were still cars sitting bumper-to-bumper trying to enter as the second period started. Fans were still entering the stadium during the second intermission, nearly two hours after the event started.

Kontny eventually gave up on getting into a lot.

“I got up on the grass and parked my car on some dirt hill. It’s insanity,” he said. “I missed two periods. I missed [intermission performer] Sam Hunt. What are we paying for? I’m probably going to watch 20 minutes and head out because it’s going to be just as chaotic leaving.”

The game ended at 8:46 p.m. MT. As of 10 p.m., there was a standstill of traffic leaving the lots around the stadium.

The Air Force Academy was in charge of routing traffic and running the parking lots for the event. The NHL and the Air Force sent out traffic advisories in anticipation of the large volume of cars and some road construction. A couple of accidents on I-25 also delayed travelers.

Avalanche fan Jeff Carter walked through security into the event during the second intermission as well. His car wasn’t at the stadium — after it was stuck in that traffic jam, he parked at a Starbucks that was an hour’s walk from the venue. His wife was updating him with news from the game via text message while he walked.

“They need to refund all the tickets,” Carter said.

Reached by ESPN, the NHL had no comment. The Avalanche did not answer a request for comment.

Lisa Kruse also wanted a refund. She said she arrived at the game midway through the third period from Westminster, about 40 minutes away from the stadium without traffic.

“The outdoor game is an amazing concept. They need someone in charge that knows about parking and logistics. I’ve been to concerts at the Air Force Academy and never had any issue,” she said. “I love the Avalanche. I bought this ticket to see Sam Hunt, and I missed the concert. I will look for a refund. This was ridiculous.” Bennett Cox, wearing a vintage Peter Forsberg Quebec Nordiques sweater, and Jaclyn Peluso, who was wearing an Avalanche sweater, hurriedly walked into the stadium during the second intermission.

“It was a logistical joke. Just a nightmare. Not a lot of planning,” Cox said.

“Three hours in the car from Castle Rock,” Peluso said.

Ironically, they were able to find a parking space fairly close to the stadium because fans at the game started leaving during the second period.

“Everybody’s leaving right now. They want to beat the traffic because it was absolutely horrific coming in,” Peluso said. “They should refund our tickets.”

Joey Votto isn’t just a future Hall of Famer; he is the future of the Hall of Fame
Kane makes history in win at Fulham, but Tottenham still need intervention
Matt Fisher brings the bulk in bid for England second coming
Rahm struggles with 73, well back at Farmers
Ravindra Jadeja ‘hopefully good to go now’ for India vs Australia Tests