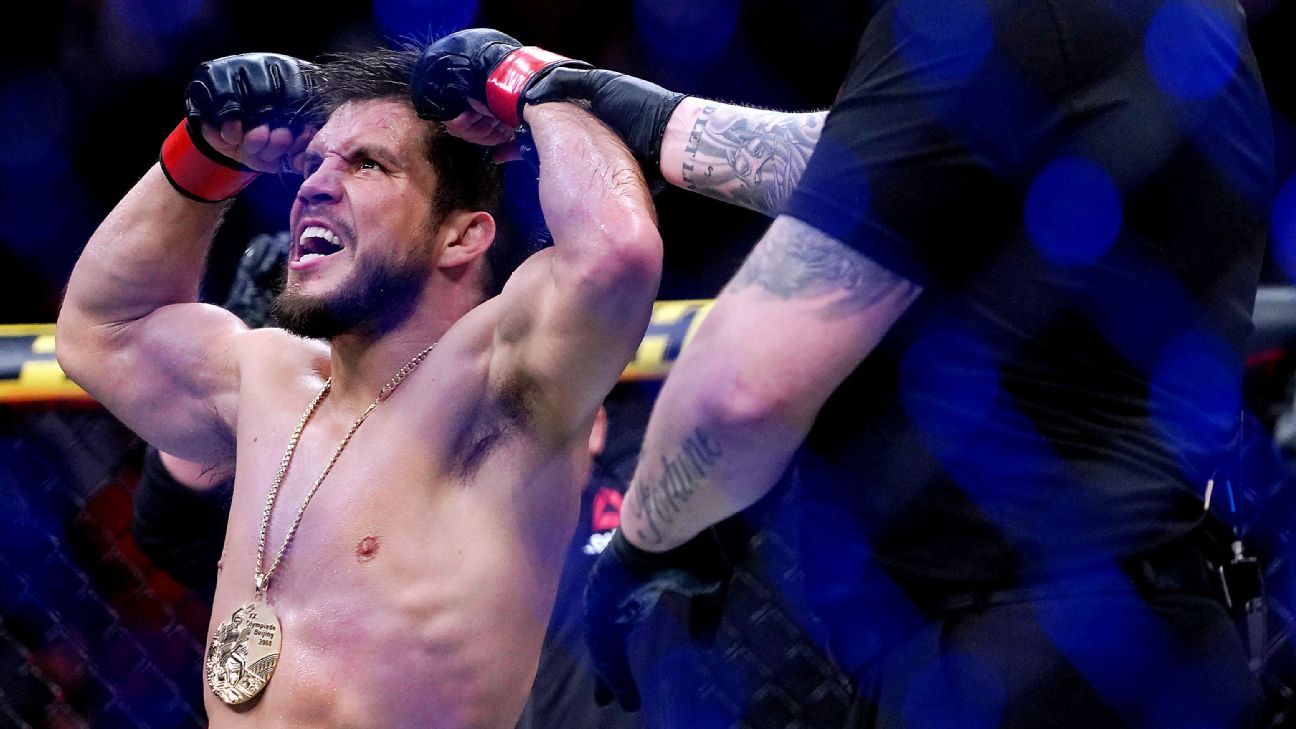 LOS ANGELES — Henry Cejudo is on a quest to cement his MMA legacy, and he has a former champion and a current one in his sights.

UFC president Dana White has said Cejudo’s first bantamweight title defense is targeted to be Aldo at UFC 250 on May 9 in Sao Paulo, Brazil.

Cejudo said that fight is not yet a done deal — “the numbers gotta add up,” he said — but that is indeed the opponent and date he is expecting.

Aldo is a former UFC featherweight champion, with seven successful title defenses to his name.

“I think that’s where all the roads are leading to,” said Cejudo, who competed Saturday on Celebrity Family Feud with a team of UFC fighters against boxers from the WBC. “Jose Aldo, he’s another legend. I think, to me, when you’re able to add Demetrious Johnson, TJ Dillashaw and Jose Aldo — man, I’m covering everybody from flyweight to featherweight. He’s gonna be the next to bend his knee to Triple C. The cabbage patch head is going down. You’re gonna kiss my feet, Jose Waldo.”

Cejudo (15-2) beat Johnson to win the flyweight title in 2018. He successfully defended that belt with a 32-second TKO of Dillashaw, then the bantamweight champ, in January 2019. Last May at UFC 238, Cejudo won the vacant bantamweight title by stopping Marlon Moraes by third-round TKO.

Cejudo, 33, is only the seventh fighter in history to win two UFC titles in different weight divisions and only one of four fighters to hold both of those belts concurrently. He recently relinquished the flyweight title.

Cejudo, an Arizona resident, is also a former Olympic wrestling gold medalist. The accolades have led to him developing the moniker “Triple C” — the ‘C’ standing for champion.

After Aldo, Cejudo said he could be coming for a third UFC title against Volkanovski.

No fighter in UFC history has ever won three titles in different weight classes.

Volkanovski is likely to have a rematch against former champion Max Holloway later this year, but if he wins and Cejudo gets by Aldo, that’s a fight Cejudo likes a lot.

“The other fight that kind of brings appetite to me is — and a lot of people will probably laugh, but it’s OK — is Alexander Volkanovski,” Cejudo said. “I do feel like I have the style to beat up. I really do. I sincerely, sincerely do. I’ve got good wrestling, I’ve got my hands. We’re about the same height. I would eventually like to move up and fight him.”

Cejudo wanting Aldo next has drawn criticism. Aldo lost his bantamweight debut to Moraes by split decision at UFC 245 in December, and there are other worthy contenders for Cejudo. ESPN has Moraes (2), Aljamain Sterling (3) and Petr Yan (4) ranked ahead of Aldo (5) in the 135-pound division.

But Cejudo said he hasn’t been impressed by Sterling, who has lost to Moraes, or Yan, who is coming off a win over legend Urijah Faber.

“Are you kidding me?” Cejudo said. “That’s the guys you want me to fight? No, no, no. I need the name, man. I deserve the name. Plus, I just came out of surgery, man. I blew my damn left shoulder out. I want a tune-up fight. That is Jose Waldo. Actually, they’re all tune-up fights to me.”

Cejudo did have left shoulder surgery and has not fought since he beat Moraes last June. It’ll be about 11 months since he fought if he steps back into the Octagon in May at UFC 250 as expected.

Cejudo said his shoulder is now 100%.

“I want to snatch Jose Aldo’s legacy,” Cejudo said. “I want to add it to my résumé — with all due respect.”