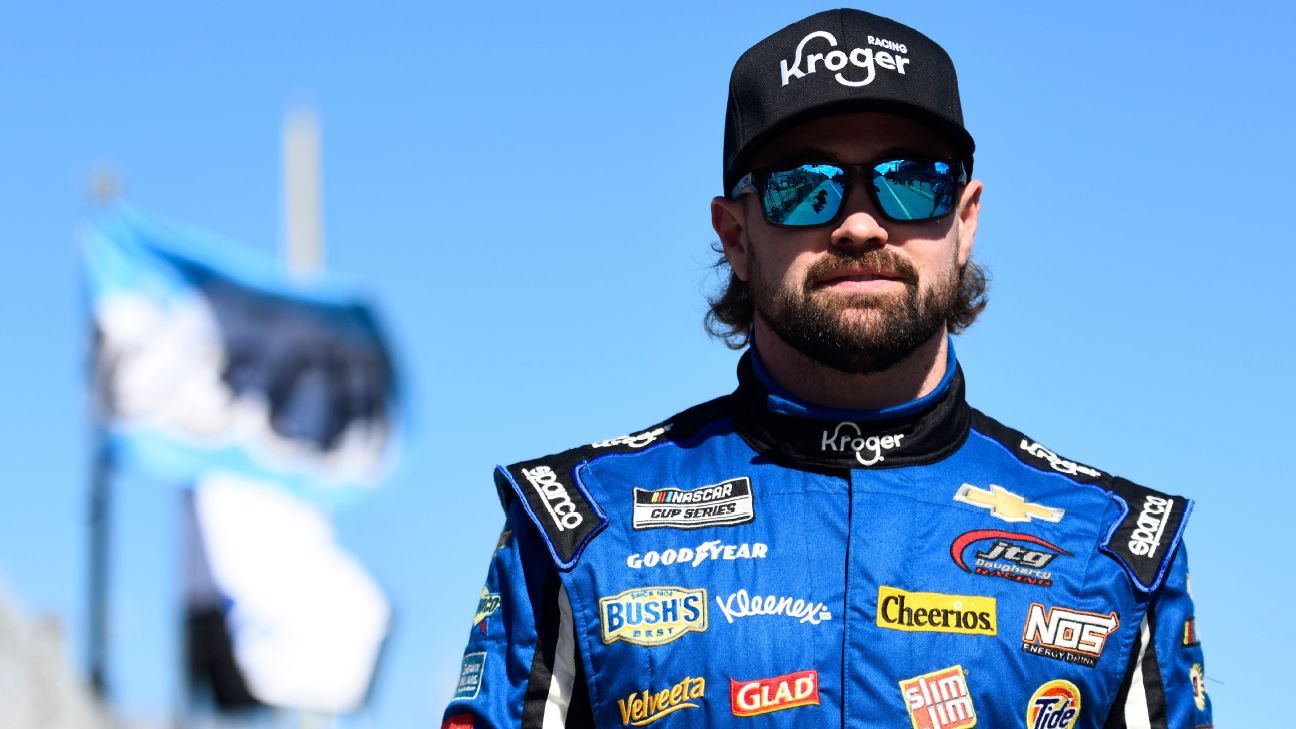 DAYTONA BEACH, Fla. — It is race day at Daytona! Perhaps you are a hard-core NASCAR fan who watches every race from Valentine’s Day to Thanksgiving. But chances are higher that your Daytona 500 viewing habits are much more of a Kentucky Derby/Olympics figure skating kind of approach.

You watch because it’s a big deal and it’s on and you love sports, not to mention America.

So, what do you need to know before Sunday’s green flag at the Great American Race? Here’s a CliffsNotes version you can keep on your phone to read facts aloud to your family and make them think you’re the next Jeff Gordon. We’ve broken them down into sections of 3, because this is Daytona and, well … EAAARNNNHARDTTT!

Jimmie Johnson‘s last ride. The seven-time NASCAR Cup Series champ has already declared this will be his final full-time season behind the wheel of a stock car, which means this could very well be his final Daytona 500, a race he has won twice. The owner of 83 wins hasn’t won a Cup race of any kind in nearly three years, so a third Daytona 500 title would be a very big deal for a whole lot of reasons. Shameless plug: For more on Johnson’s final season, read our Saturday piece on that very topic.

Can Kyle Busch finally win this thing? Last November, Busch clinched his second Cup Series title, erasing one of the two remaining blemishes on his incredible career record, winning multiple titles. Now the only box left to check is “Daytona 500 champion.” The Great American Driver is 0-for-14 in the Great American Race. Shameless plug No. 2: For more, read our Friday piece on Busch’s struggle to win the 500.

Is Sunday going to be like last Saturday, or last Thursday? Remember in “Talladega Nights” when every car in the field had wrecked out and Ricky Bobby had to race Jean Girard to the finish line on foot? That’s pretty much what happened a week ago in the Busch Clash all-star race, won by Erik Jones. Thursday night’s Duel 150 qualifiers were much tamer but did provide one thrilling final lap win by Joey Logano. Talking to drivers before Saturday’s final Happy Hour practice, they said expect a little of both.

“This is a day-to-night race now,” Chase Elliott said. “The place changes so dramatically when the sun goes down, I am betting we see everyone be antsy early, calm down and wait on nightfall, and then go a little crazy the closer we get to the end.”

Denny Hamlin. History has never been on the side of defending Daytona 500 champions. The last back-to-back winner was Sterling Marlin in 1994-95. But Hambone has finished in the top four in six of the past eight 500s, including wins in 2016 and last year. Oh, and Joe Gibbs Racing is operating at an historic level of juggernauted-ness. I don’t think that’s a real word, but it fits.

Kyle Busch. A year ago, he settled for second behind Hamlin and shrugged it off as the right thing to do, helping a teammate win the race. He won’t be doing that again. And did we mention that Joe Gibbs Racing is really, really good?

Joey Logano. He used to drive for Joe Gibbs Racing, but is currently employed by Roger Penske. The 2015 Daytona 500 winner made some very strong moves in the Duels. More importantly, he seems to have made nice with teammate Brad Keselowski after their Busch Clash crash one week ago.

Chase Elliott. His Daytona 500 luck has been rotten, but during his visit with “Marty & McGee” on Saturday morning, he was quietly confident that he had a Chevy capable of breaking the JGR Toyota blockade.

Erik Jones. Wrecks or not, Jones was more than worthy of his Clash victory. Oh, and have we mentioned that Joe Gibbs Racing is fast?

Jimmie Johnson. As mentioned earlier, a Daytona 500 win to end a slump would be a heckuva story. And at Daytona, those storybook tales happen more often than at any other racetrack.

3 sleepers not to sleep on

Ricky Stenhouse Jr. Being the pole sitter for the Daytona 500 does not guarantee success in the race. It’s actually quite the opposite, with the pole sitter winning only nine times since 1959 and not once since Dale Jarrett last pulled it off way back in 2000. But Stenhouse is racing angry, having been let go by Roush Fenway Racing. He is now with underdog team JTG-Daugherty and was very pointed in his feelings about RFR leading into Speedweeks. Spoiler alert: He’s doesn’t like them very much.

Matt DiBenedetto. He led 49 laps in last year’s Daytona 500, driving for the underfunded outfit of Leavine Family Racing. Now he is in the Penske-backed Wood Brothers Ford. He was plenty strong in his Dual 150 qualifier Thursday night.

Michael McDowell. If every race were a superspeedway event at Daytona and Talladega, McDriver would be a Cup Series title contender. He finished fifth in last year’s 500 and picked up another fifth-place finish at Daytona’s sister track, Talladega Superspeedway. He is a smart dude, especially in the draft.

3 things to blurt out to impress your friends

“See that body of water on the backstretch? That’s Lake Lloyd.” The 29-acre rectangular lake was dug up during the construction of Daytona International Speedway in 1959, the dirt used to build the track’s famous high-banked turns. Three race cars have ended up in the lake, the latest in 1994 when NASCAR Goody’s Dash Series driver Dave Stacy went over the dirt embankment and went splash. After that, a wall was built to prevent race cars from going swimming.

“Man, those Toyotas are bad fast again.” Hey, have we mentioned that Joe Gibbs Racing is really good? Well, JGR fields Toyotas, and those Camrys have been far and away the class of the NASCAR field. Last year, Toyotas won 19 of 36 races to clinch their third manufacturers’ championship in four years.

“You know, this is the last Daytona 500 for this particular generation of stock car.” NASCAR is indeed hard at work on a new “Next Gen” model of race car for 2021, promising machines that will be cheaper to build, more brand-identifiable, and, yes, racier in the Daytona 500. And that brings us to our third and final shameless plug, a reader on the long list of changes for NASCAR that are expected to arrive one year from now. OK, yes, we know that’s a lot of reading prior to the Daytona 500. But we told you that our goal here was to make you look smart. Looking smart takes homework, y’all!