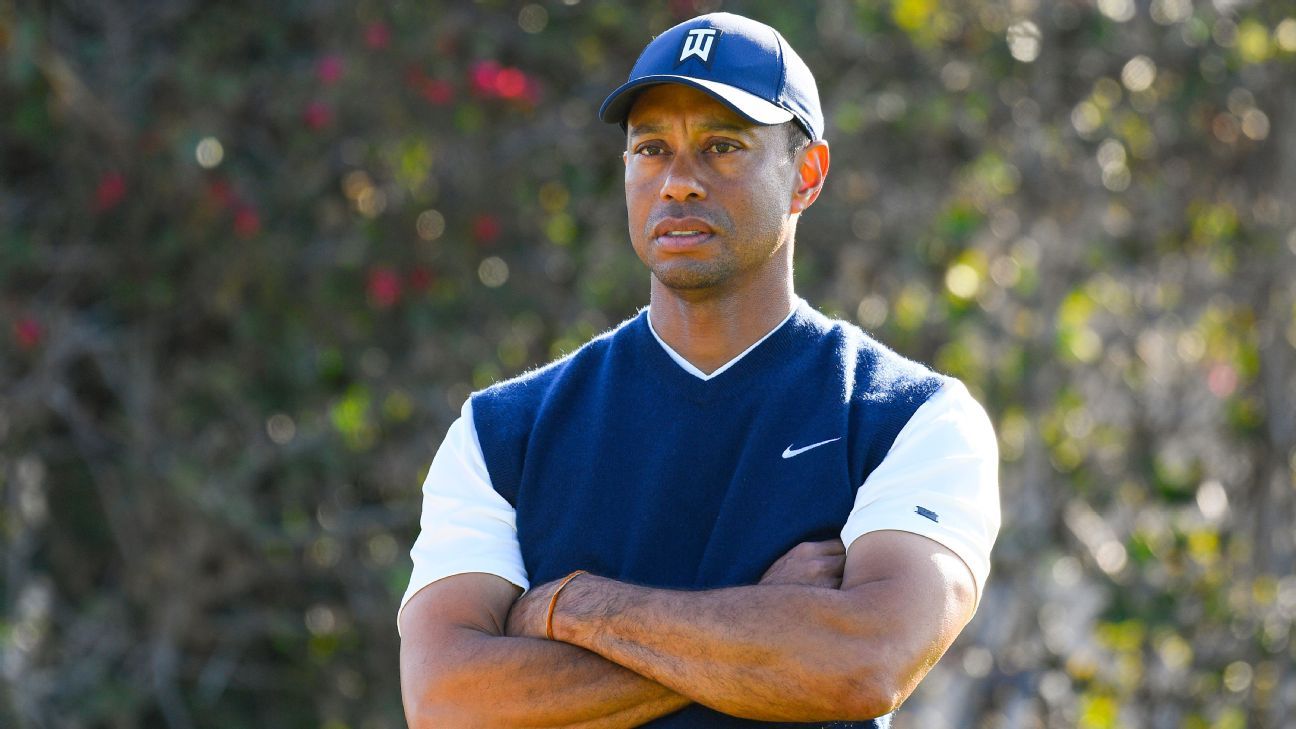 LOS ANGELES — Riviera Country Club continues to confound tournament host Tiger Woods, who will not win his hometown event and the one he now hosts, extending the run to 14 times — the most of any event he has not won.

Woods still has work to do on Sunday to try and salvage something from a lost week, while Rory McIlroy will attempt to win in his first start as the newly-crowned No. 1 golfer in the world. Here are a few things to watch during the final round of the Genesis Invitational:

Woods admitted he felt stiff on Saturday, and this is part of the deal for him at age 44 and having endured four back surgeries. The difference now compared with earlier times is that he knows better than to push through his issues. And that helps explain why he is skipping next week’s WGC-Mexico Championship.

That tournament appeared to be a lock on his schedule, and it was a surprise he is skipping it, leading to all kinds of conjecture. He tied for 10th in Mexico City last year despite a poor putting week. With a more complete game now, the feeling was he might be able to do some damage there.

What Woods didn’t say is that the idea of playing four times in five weeks — the likely number had he entered Mexico — was not appealing. He looked tired, and at times played like that during a third-round 76, his highest competitive score in six months.

And so it remains to be seen if he adds the Honda Classic or the Arnold Palmer Invitational — not both — before playing the Players Championship. If he then plays the WGC-Dell Technologies Match Play, where he tied for fifth a year ago, that would be five starts prior to the Masters — just like in 2019.

There were plenty of good reasons to go to Mexico, not the least of which was a shot at victory in a limited-field event on a course where he had a good result despite not playing that well. But he appears to be taking the cautious approach, and it is hard to argue with that.

Woods is tied for 63rd and 15 shots back of the leaders.

Adam Scott is playing for the first time in 2020 after winning the Australian PGA Championship in December. That was his first worldwide victory in more than three years and he’s going on four years without a win on the PGA Tour.

He’s put himself in position at Riviera with rounds of 64 and 67 after a slow start and a 72 on Saturday. In 2005, Scott won at Riviera in what was an unofficial victory because the tournament was shortened to 36 holes. He calls it one of his favorite courses on tour.

“I should probably say that about more courses on tour, but it really is,” he said. “I enjoy coming here very much and I just feel the course … there’s nothing too tricky to it. I just feel my game matches up well for it, so I look forward to it every year.

“The only unfortunate thing about it is it’s usually my first tournament of the year and I’m going to have to find some other favorites later this year.”

Scott is among the top 5 through 54 holes for the first time on the PGA Tour since last year’s Memorial.

“I think any tournament that you haven’t won is one that you’d love to win and add it to your list, but especially here, the history here and the greats that have won here,” McIlroy said. “It’s such a cool place, cool golf course. I would love it to host a major (championship) again one day. When they get the setup right here, it’s one of the best we play.”

5. Big day ahead for Varner

Harold Varner slipped into the second-to-last group Sunday after playing in the final group Saturday, and perhaps that is a good thing. One of five African-American golfers on the PGA Tour, Varner is seeking his first victory in his 126th career start. But this is the first cut he has made in five starts this season. The recipient of the Charlie Sifford Memorial Exemption at the tournament in 2014, it would a fitting place for him to get his first win.

“The biggest thing for me is just to keep a good attitude,” Varner said of being in contention after having not having made a cut this season. “I still love playing golf. It’s not the end of the world, so I’ve always tried to have that perspective. I had been playing pretty well, so I was just excited to be here, to be where I am, to see the weekend for the first time. So I got that monkey off my back.”

Varner wobbled a bit on the back nine Saturday, making three bogeys in four holes before coming back to birdie the last to hole to shoot 69.

If Joshua can’t get a title fight, he’d consider Ngannou
Rugby saved trans player Julie Curtiss, and she won’t let the RFU take it from her
Marlins’ Arraez wins arbitration case, gets $6.1M
The rise of the same-game parlay, America’s new favorite way to bet
MLB The Show cover to feature Marlins’ Chisholm