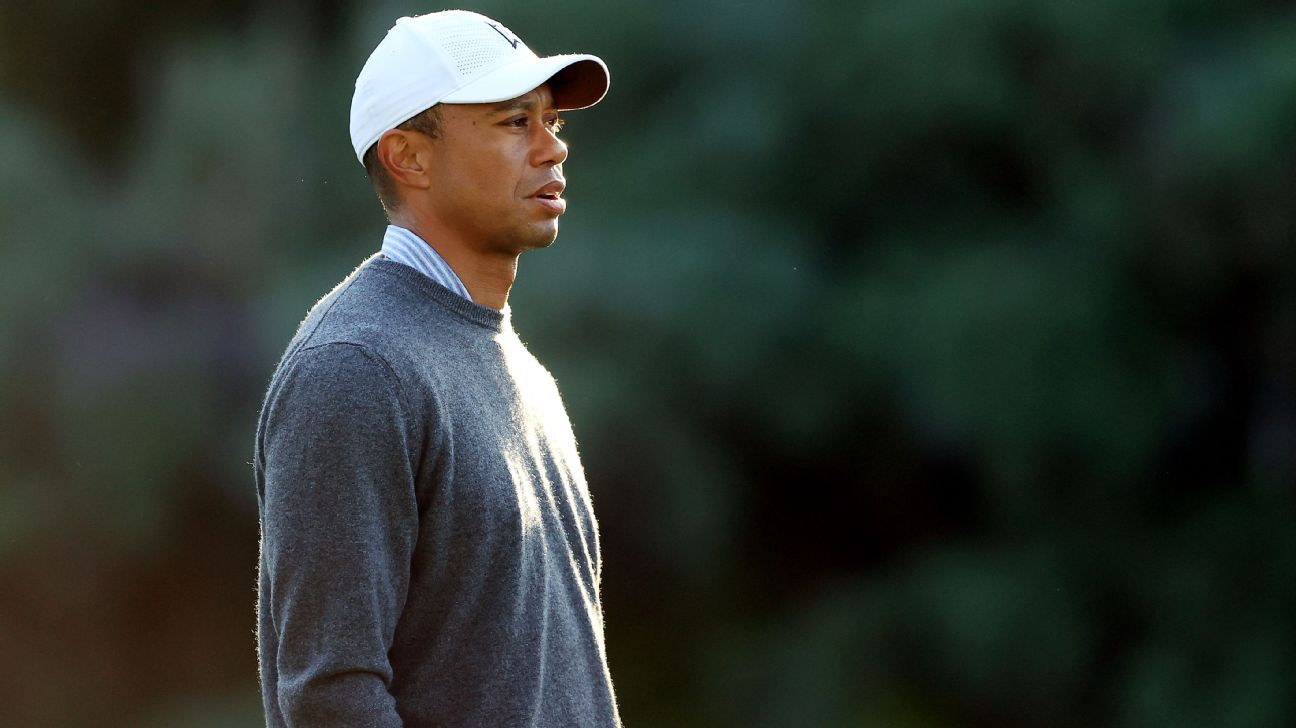 LOS ANGELES — At various times during the comeback, when his world ranking reached heights that made such talk viable, Tiger Woods made no secret of the fact that he very much would like to play in the Olympic golf tournament this summer in Japan.

The words never came across as canned. They sounded sincere. He acknowledged it would be cool to be part of the Olympics in what probably would be his only chance. And he knew he was in position to pull it off.

All of which makes Friday’s passing deadline to enter next week’s WGC-Mexico Championship even more perplexing.

Woods is foregoing a limited-field, no-cut event where he tied for 10th a year ago with less of a game than he has now. The tournament is played on a golf course 7,500 feet above sea level that offers plenty of strategic options, the kind of golf Woods loves to play — and where he excels.

And, of course, the weather is warm, perhaps the most important attribute to a man with a bad back who started his round in 45-degree temperatures on Friday at Riviera, where a second-round 73 left him well back of the leaders at the Genesis Invitational.

With automatic world ranking points to be earned in Mexico — Woods can only gain, not lose points in the complicated world ranking structure — it is fair to wonder just how important that Olympic spot is to him, given the intense competition that will play out over the coming months.

There are always extenuating circumstances with Woods these days, and it is important to point out that there could be myriad issues behind the scenes keeping him from playing — most of which he’d be unlikely to disclose.

Perhaps he’d prefer to spend time with his kids the next two weeks, rather than being on the road. Maybe the idea of playing four out of five weeks — including back-to-back events twice — is not appealing. Being fully ready for the Masters might make more sense than adding a tournament now. Or it could be he just doesn’t want to play, which is certainly his prerogative.

But from purely a golf standpoint, it is a curious move at best, borderline foolish as it relates to the Olympics.

Ranked eighth, Woods is one of nine Americans ranked among the top 15 in the world; only four can play in the Olympics from any one country, and earning one of those spots is going to take some excellent golf.

Woods, at 44, is trying to earn a spot among Brooks Koepka, Justin Thomas, Dustin Johnson, Patrick Cantlay, Webb Simpson, Xander Schauffele, Tony Finau and Patrick Reed. And that list doesn’t include others who could get hot.

Both Koepka and Johnson have expressed reservations about going, but even with them removed from the possibilities, Woods’ quest to get to Tokyo is monumental.

So it made all the sense in the world for him — provided he is healthy — to play in Mexico, where he’d have been assured of points and quite possibly could have contended.

It is fair to wonder if something is going on physically. Woods barely practiced at Riviera this week, chalking it up to his duties as host of the tournament. But as the boss, Woods can do what he wants. If he felt a few hours of practice were necessary, clearly he could have made that happen.

The fact that he didn’t, showed up a few minutes prior to this pro-am time Wednesday to warm up, and then lamented his lack of prep work after the first round, is telling. Could there be something amiss?

Nothing looked out of sorts. Woods is swinging the club nicely. His issues in the tournament were more about inconsistency than physical problems. At times, he did everything well, including driving and iron play, although both let him down, too. On Thursday, he led the field in strokes gained, approach on a day his driver was suspect. On Friday, the iron game left him while his driver returned.

Asked how he was physically compared to the Presidents Cup in Australia in December — where he sat out the Saturday session — when he played in consecutive weeks, Woods mostly talked around it.

“That was both physically and mentally challenging and taxing. I geared up pretty hard, but I had 11 other teammates to help me out, three amazing vice captains to keep me going. Now back out here playing so, it’s a little different.”

When asked if his first over-par round of the 2019-20 season had anything to do with physical issues, Woods said: “I just haven’t been as sharp as I need to be.”

In other words, he didn’t answer.

Now the focus will turn to whether or not Woods commits to the Honda Classic near his hometown in South Florida. That is not a given, either, because it would almost certainly mean skipping the Arnold Palmer Invitational, which he has won eight times — and a tournament he missed a year ago. That is followed by the Players Championship, and if there is concern about playing two straight weeks, he most certainly isn’t signing up for three in a row.

We think. Who knows, really? Maybe not even Woods.

What we do know is that a year ago, playing the two WGCs along with the Players — and skipping Arnold Palmer because of a neck strain — worked out fabulously as it pertained to the Masters.

Woods has always been one to believe that playing well takes care of everything. A victory at any of the tournaments he plays, especially the Players, the WGC-Match Play, the Masters or the PGA Championship, would go a long way toward securing that Olympic spot.

But there are no guarantees. The one thing that was a guarantee was earning points in Mexico toward that goal, an opportunity that will now be missed.