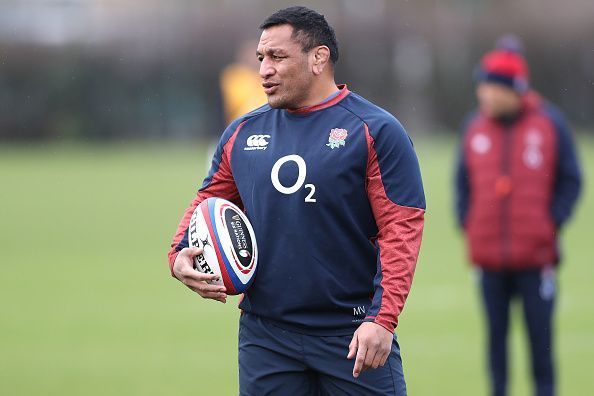 Saracens and England prop Mako Vunipola said he has “no regrets” about entering into business ventures with the club’s former chairman Nigel Wray, speaking in the wake of its relegation from the Premiership for breaching salary cap rules.

Saracens, who have won four Premiership titles and three European crowns in the past five years, were sanctioned last month for spending above the league’s £7 million ($9m) salary cap.

An independent disciplinary panel report found that Wray had entered into ventures with players, including Vunipola and his brother Billy, totalling £1.3m.

“No regrets at all. If I had the choice to do it again, I’d do it again knowing what has happened,” Vunipola told reporters at England’s training session in London.

“That’s no slight at not caring about what has happened to the club, more the fact that I know rugby is important and our careers are short, and I want to look ahead a bit.

“Any opportunity that can help or sort a little bit of our future after rugby, we’re more than willing to look into it. That was our thinking when we first invested with Nigel and that’s not changed.”

Saracens, who have been docked a total of 105 points for repeated salary breaches, will also lose a sponsorship deal with insurer Allianz at the end of the campaign.

“It’s not been a comfortable three weeks. But probably it’s been more difficult for friends and family who hear and read all this stuff. It has been difficult for them. When they announced we were definitely relegated, that was probably the lowest,” Vunipola said.

England hooker Jamie George has said he will continue to play for Saracens next season despite their relegation.

But Vunipola said he was unsure.

“Right now, I don’t really know. Some things need to happen before I can say I’m definitely staying,” Vunipola added.

“There are things that aren’t in my control but hopefully it gets sorted sooner rather than later.”