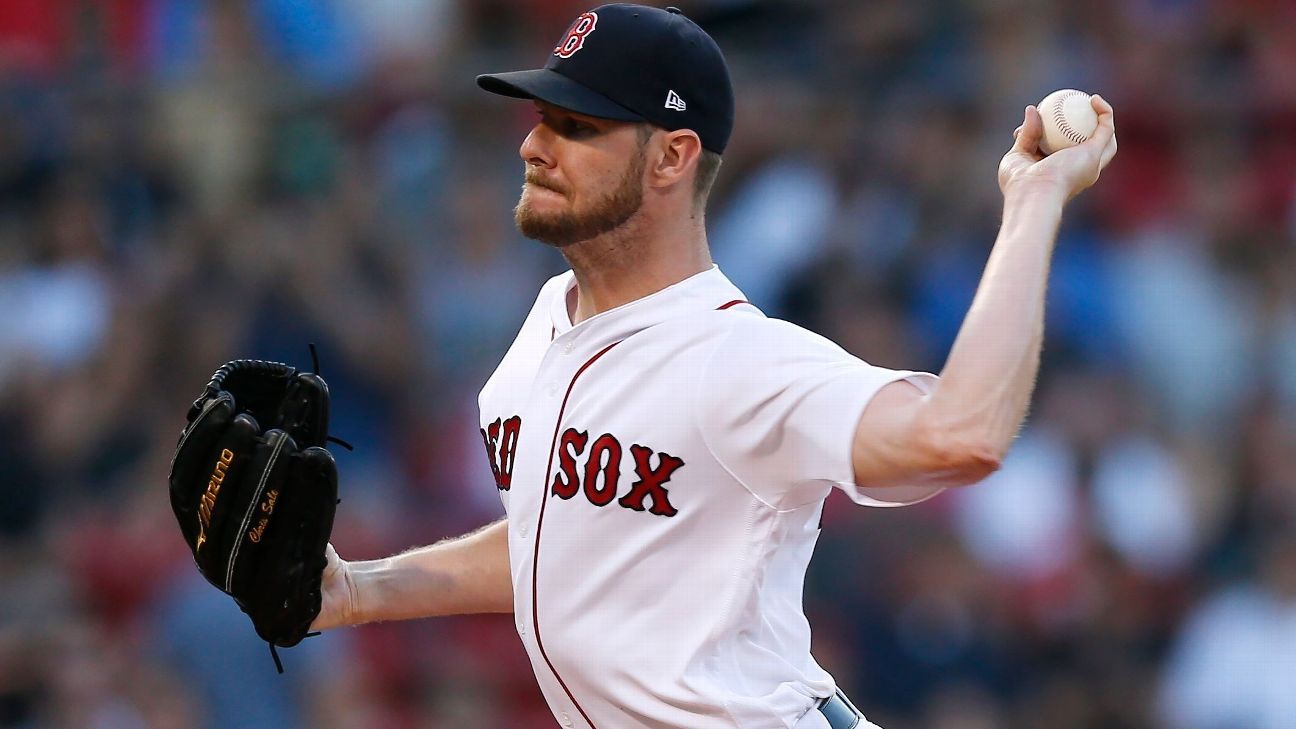 Boston Red Sox starter Chris Sale, still recovering from a case of the flu and pneumonia, continued to work with teammates Saturday at spring training, but interim manager Ron Roenicke made it clear Boston will not rush his progress, even if it means missing Opening Day.

Roenicke told reporters in Fort Myers, Florida, that Sale, who missed the last six weeks of last regular season with a left elbow injury, played catch on Saturday, stretching out his arm, and the thought is that he’s “progressing along fine.”

Sale has made the last two Opening Day starts for Boston.

“We’re going to still go a little bit easy with him,” Roenicke said. “He’s huge for our starting rotation and he’s one of the best pitchers in the game. So whenever we can get him to start up, it would be silly for us to try to push him to come back sooner than probably he should physically.

“It’s not worth taking a risk on having him Opening Day exactly and where we’re pushing him to get him there. He’s important to us as we go through the season, and hopefully get into the playoffs, and keep him strong there.”

Boston, a year after winning the World Series, finished in third place in the American League East, at 84-78.