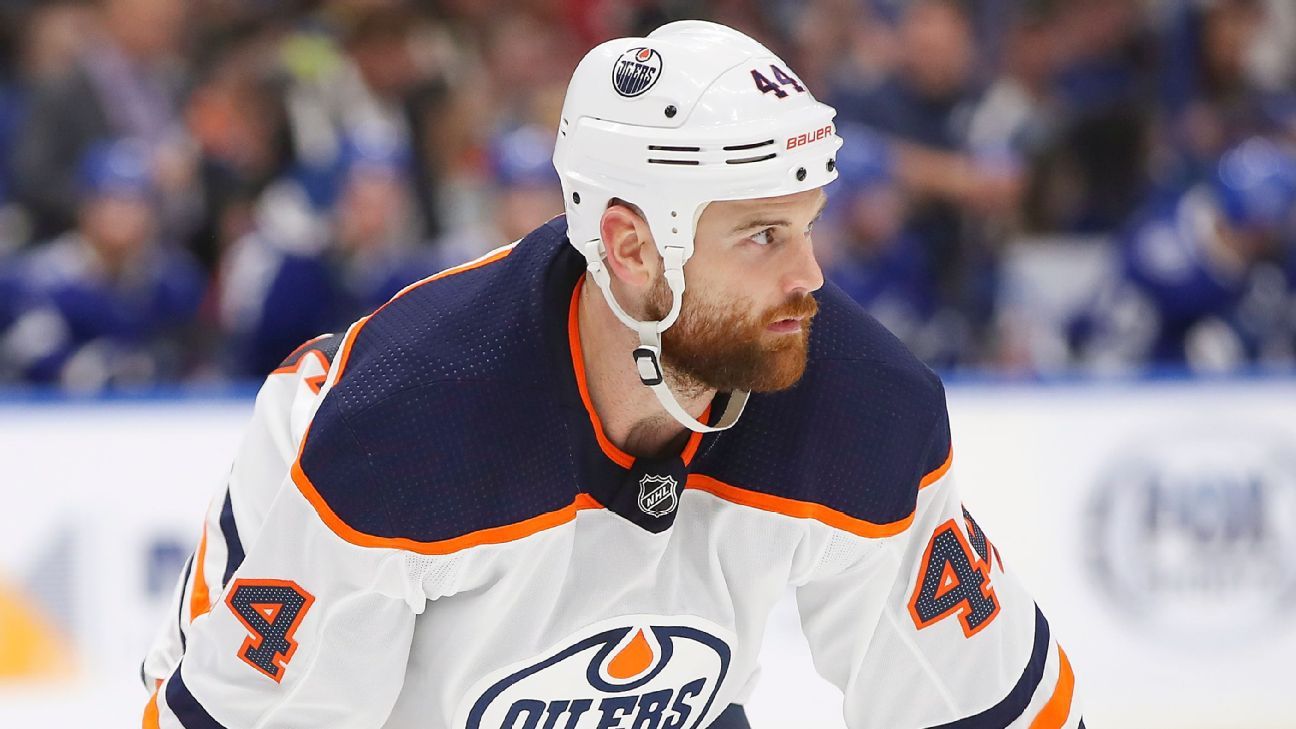 Kassian is a repeat offender, having been suspended two games on Jan. 13 after a one-sided fight with Calgary Flames forward Matthew Tkachuk. Under the terms of the collective bargaining agreement and based on his average annual salary, Kassian will forfeit $166,463.43. This is Kassian’s fourth suspension in a 518-game career.

The Oilers forward was invited to have an in-person hearing with the NHL but opted for a hearing over the phone. Since the suspension is longer than five games, Kassian, 29, is eligible to appeal it to commissioner Gary Bettman and, potentially, a neutral arbitrator.

The incident happened at 17 minutes, 38 seconds of the first period Thursday, when Kassian was caught up on a pile of players that included teammate Josh Archibald and Cernak. He drew his right leg back and, with his skate blade, delivered a kick to the chest of the Lightning defenseman.

The NHL said Kassian admitted to using the blade of his skate to push off from an opponent, and the league “acknowledged Kassian’s argument that he was trying to disentangle from a pile of players.” But it said that explanation “in no way justifies this action.”

The Oilers argued that the kick was “not forceful.” The Department of Player Safety has used the force of a hit as a factor in previous punishments. But when it came to Kassian, the NHL emphasized that “using a skate blade to make intentional or reckless contact with an opponent, regardless of the purpose, is entirely different” from the checking and stick fouls the league typically penalizes.

“While we agree with Kassian that this play is not malicious, any player that intentionally uses the blade of his skate to contact an opponent, no matter the amount of force used, is putting his opponent in immediate risk of serious injury,” the NHL said in its ruling.

There have been other kicking incidents in the NHL.

In 2008, Anaheim Ducks defenseman Chris Pronger was suspended eight games for stomping on the leg of Vancouver Canucks forward Ryan Kesler. But an incident more comparable to the Kassian ruling would be Carolina Hurricanes forward Jeff Skinner‘s two-game suspension in 2012 for using his skate to separate himself from St. Louis Blues forward Scott Nichol. The fact that Kassian was a repeat offender likely multiplied the level of punishment.