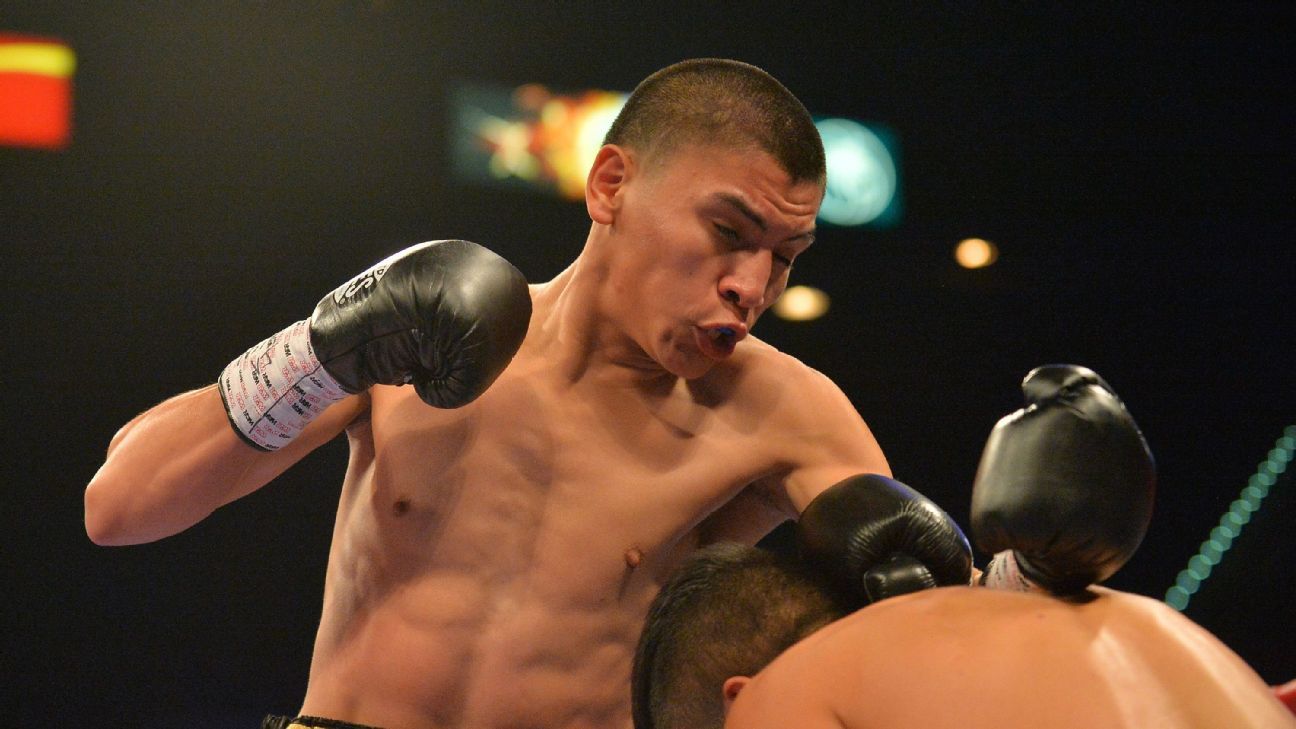 The scheduled 12-round bout, which had been agreed to for the past couple of weeks but is now signed, will take place at The Forum in Inglewood, California, and headline a DAZN card.

“When people think of the future of the welterweight division, one name stands out, and that’s Vergil Ortiz Jr.,” Golden Boy Promotions CEO Oscar De La Hoya said. “Simply put, this kid is special. His talent, speed and power set him apart from any other fighter who is moving up the 147-pound rankings.”

Ortiz (15-0, 15 KOs), who will turn 22 on March 25, stormed to 2019 prospect of the year honors with four knockouts last year, including three in a row against elevated levels of opposition. He stopped former world title challengers Mauricio Herrera in the third round and Antonio Orozco in the sixth round, and finished the year with a fifth-round knockout of Brad Solomon on Dec. 13. None of the three had ever previously been knocked out.

“I’m excited to be returning against Samuel Vargas,” Ortiz said. “He’s a tough fighter with a lot of experience, so I know that my talent and skills are going to be put to a tough test. I’m also happy to be fighting in Los Angeles at such a historic venue where many legends in the sport have fought. I love this city, and I love the people here, so I’m going to work very hard to perform to the best of my abilities on March 28.”

The extremely experienced Vargas (31-5-2, 14 KOs), 30, a Colombia native based in Toronto, will be next to see whether he can handle the young gun. Vargas’ losses have generally come only against top opponents such as Errol Spence Jr., Amir Khan, Danny Garcia and Luis Collazo.

“Throughout my career, I have always taken the challenges that other fighters in the division don’t want, and that’s exactly what I’m doing again,” Vargas said. “Vergil Ortiz Jr. is one of the brightest young stars in boxing, but he hasn’t had to go through a war yet. I’ve shown that I’m willing to go through hell in that ring, so if Ortiz is everything he’s hyped up to be, he better be on point March 28 because I know I will.”

Also on the card: