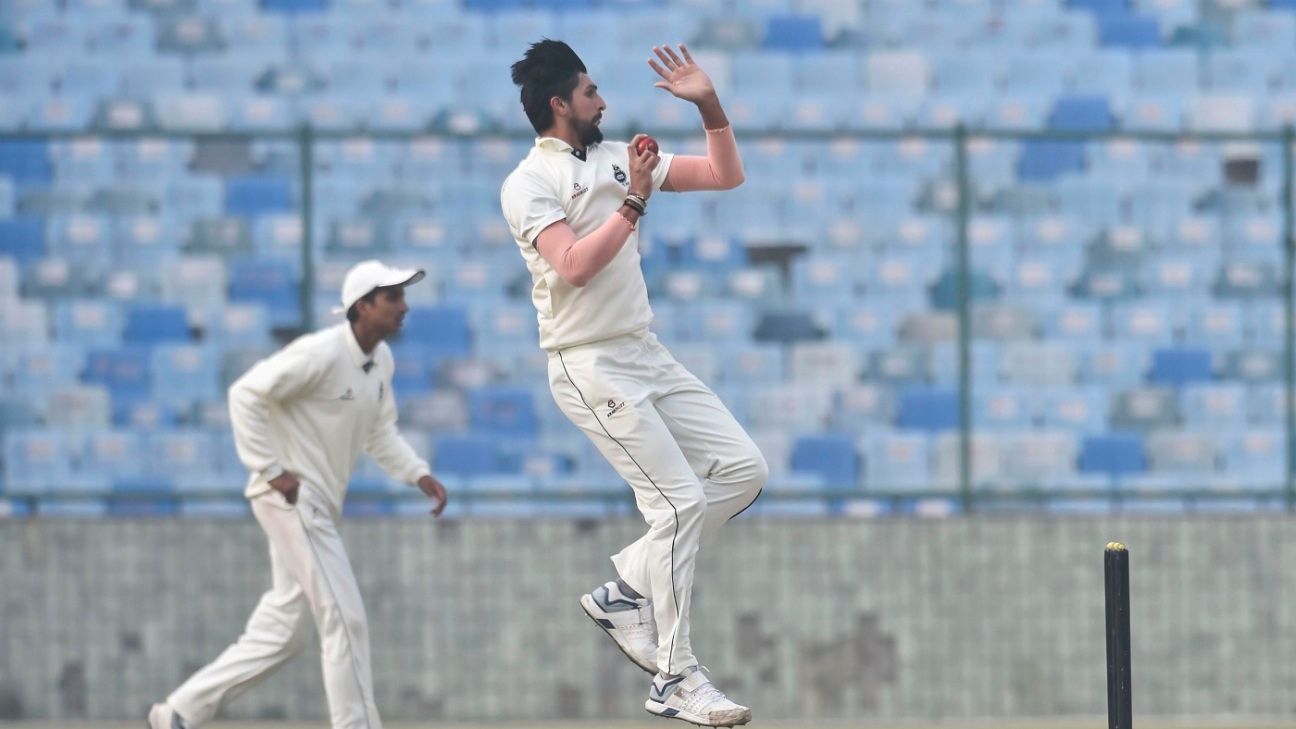 Fast bowler Ishant Sharma has cleared his fitness test at the National Cricket Academy (NCA) in Bengaluru and is set to join the India squad in New Zealand for the two-Test series. ESPNcricinfo understands Sharma will fly out on Sunday and join the squad in Wellington, the venue of the first Test starting February 21.

Sharma had injured his right ankle during a Ranji Trophy game against defending champions Vidarbha nearly a month ago and had been looking doubtful for the Test series in New Zealand, having been advised six weeks’ rest with a grade three tear. He later went to the NCA for rehab and was named in the Test squad subject to clearing his fitness. Sharma will join Jasprit Bumrah, Mohammed Shami, Umesh Yadav and Navdeep Saini in the pace attack. Sharma was also the leading wicket-taker the last time India toured New Zealand, in 2013-14, with 15 scalps from two Tests, and the only bowler to claim two five-fors in the series.

It was a roller coaster ride for me after the injury on my ankle on the 20th January but with the help of Ashish Kaushik I managed to pull it off! Scans were a little scary, but today I am happy that I am fit ! Thanks Ashish Kaushik! #recoverymode #recovery #postinjury pic.twitter.com/xwNpecc0Iz

Sharma has been the leader of India’s pace attack in Tests in recent years, helping the team strengthen their grip at the top of the ICC rankings, and taking all 360 points in the ongoing World Test Championship. He has been India’s second-highest wicket-taker since the beginning of the 2017-18 season, only behind Shami, with 74 wickets from 19 matches at an average of 20.17 and strike rate of 43.7. He has played 96 Tests so far and could reach three digits in Australia later this year, subject to form and fitness.