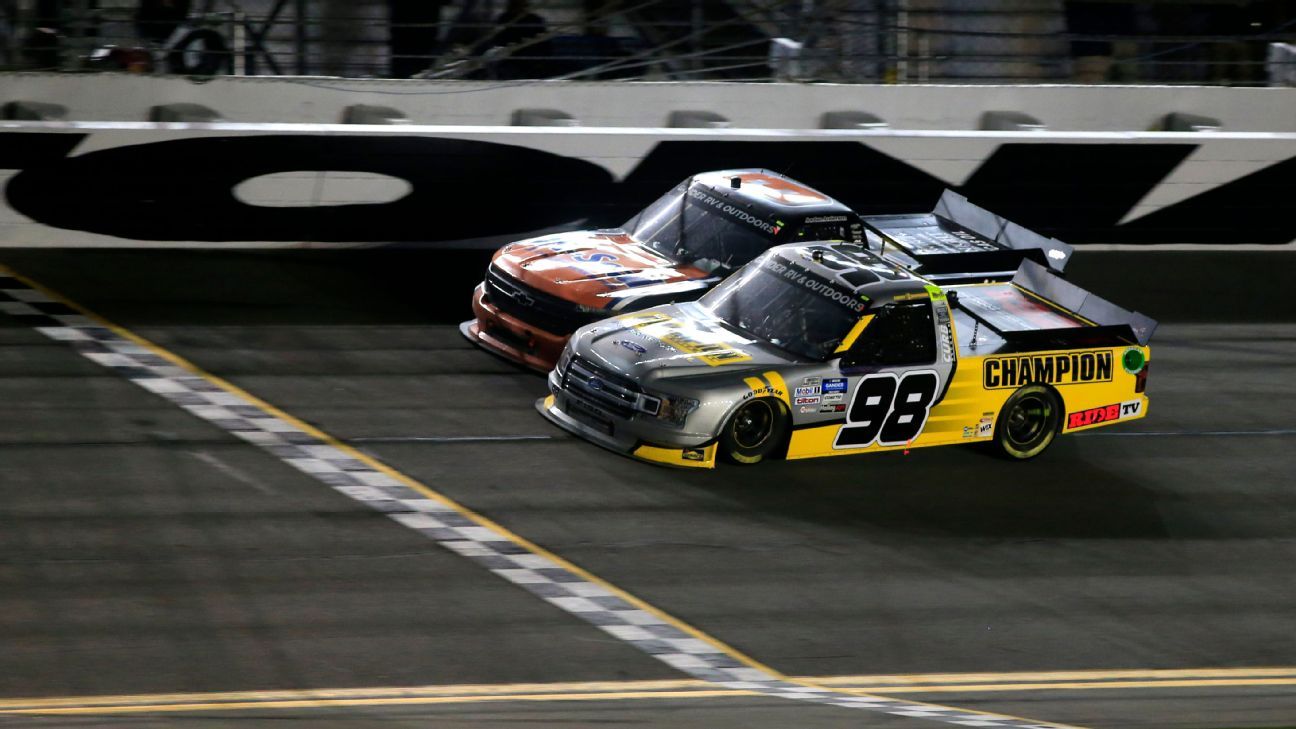 DAYTONA BEACH, Fla. — NASCAR opened the Truck Series season with one fiery crash, a truck stuck on its roof and Grant Enfinger in Victory Lane following overtime and a door-to-door race to the finish line.

Enfinger beat Jordan Anderson in a frantic push to the finish that drew sparks as the trucks banged in Friday night’s closing lap at Daytona International Speedway.

The race had been delayed by rain, stopped when a crash caused Ty Majeski to flip onto his roof, and then oddly delayed in a crash that saw a fiery truck stopped on the apron when it was rear-ended from behind in a case of faulty equipment.

Enfinger cycled into a lead after late accidents and was out front when the race went to a two-lap overtime shootout. He first used a block on Ross Chastain to preserve the lead, then had to beat Anderson to the finish line.

Enfinger’s win was the 100th victory in the Truck Series for Ford, which won its first race in this series in 1995. It was Enfinger’s third career victory; the other two were at Talladega Superspeedway and Las Vegas Motor Speedway.

Majeski was flipped upside down in the closing laps of the first stage when he was plowed into on the side as the trucks at the front of the pack jockeyed for position.

His Chevrolet was stuck on its roof for several minutes as the race was red-flagged and safety workers attempted to flip the Silverado. Majeski was trapped inside, hanging by his seat belts, as the rookie waited to be freed from the vehicle.

It was not the Daytona debut the 25-year-old was expecting. Majeski had one previous Truck Series start.

“Nothing like I’ve ever experienced before,” he said. “I am not hurt, thankfully. Just my pride. We’ll live to race another day.”