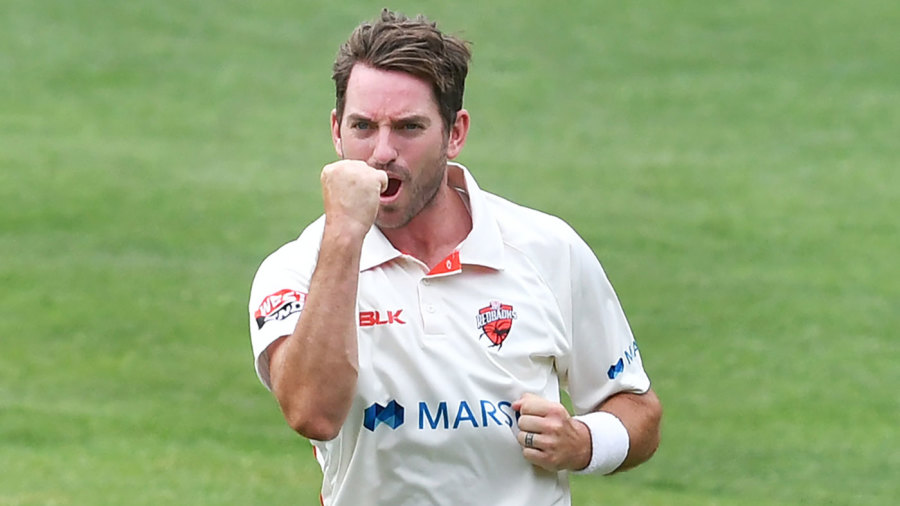 A grinding day at the Adelaide Oval ended with South Australia holding the advantage having whittled out Western Australia’s top order including the key wicket of Shaun Marsh.

There was a landmark moment for Chadd Sayers when he claimed his 300th first-class wicket trapping Marcus Stoinis lbw shortly after he had ended a blockathon from Cameron Bancroft who was bowled shouldering arms for 25 off 155 deliveries.

Marsh, who was named the men’s domestic player of the season at the Cricket Australia last week, had compiled a steady 63 when he fell under-edging a pull to a very wide delivery from Wes Agar who had taken the title of emerging player.

At 4 for 127 when Marsh departed Western Australia were wobbling but Cameron Green and Josh Philippe guided them to the close as the theme of sedate scoring continued with the pair adding an unbroken 38 in 18 overs.

Sayers had earlier extended South Australia’s first innings to 389 as he finished unbeaten on 58 having added 74 for the ninth wicket with Dan Worrall.