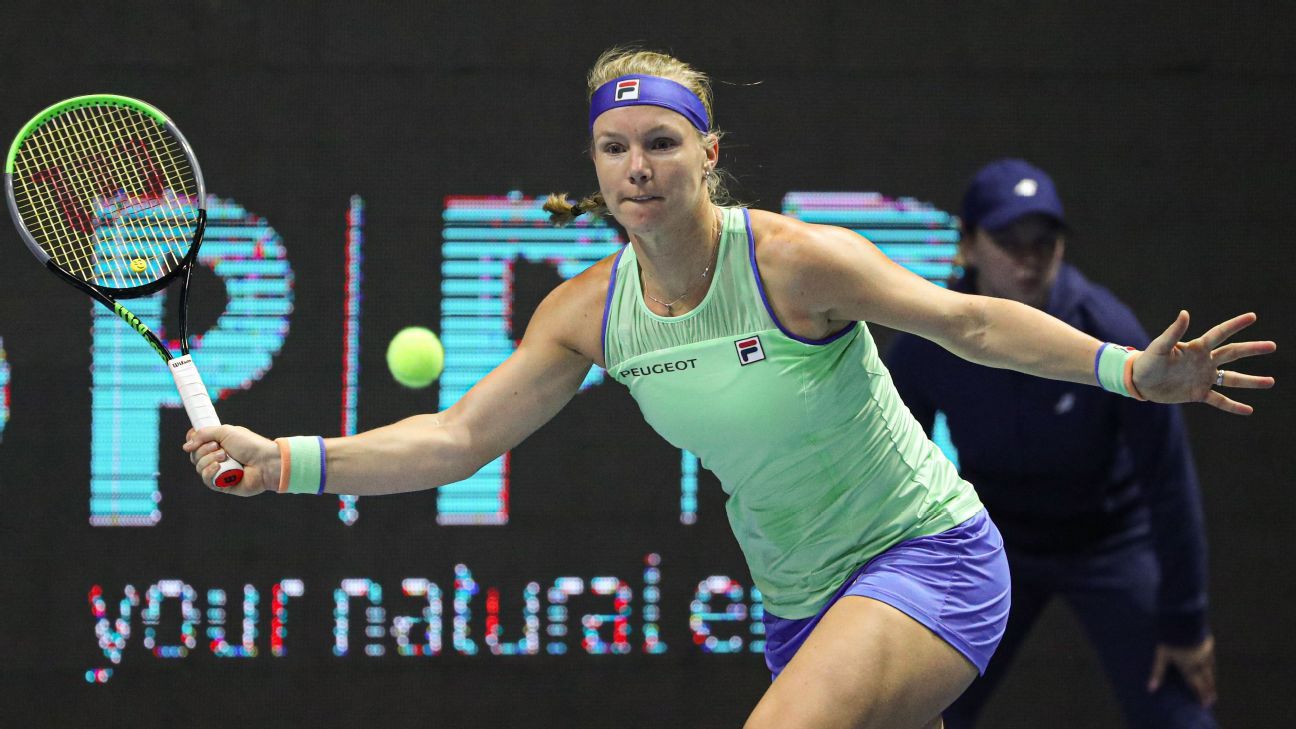 Holder Kiki Bertens battled past Ekaterina Alexandrova 6-1, 4-6, 6-1 in the St Petersburg Ladies’ Trophy semifinals on Saturday to set up a title clash with Elena Rybakina.

The world No. 8 dominated the first set before losing the second to an inspired Alexandrova, but found her rhythm in the decider where she lost only three points on her serve to close out the victory.

It was the Dutchwoman’s third straight win over a Russian, following victories over Veronika Kudermetova and Anastasia Potapova, as she reached her first final of the year.

The 20-year-old Kazakh, who saved two match points to get past French qualifier Oceane Dodin in the quarterfinals, was staring at defeat as she trailed Sakkari 5-4 in the second set.

But the world No. 25 won nine of the last 10 games of the match to storm into the biggest final of her career as she chases a third title.

Rybakina faces a potentially tricky test against second seed Bertens, who easily beat her in their only previous meeting, in the semifinals of the Rosmalen grass event in June last year.

Hall of Famer Hull, the Golden Jet, dies at 84
‘You only fight him because you have to’: Why nobody wants to get into the ring with light heavyweight champion Artur Beterbiev
49ers’ McCaffrey: ‘Zero’ chance he’s not playing
Ranking the five NFL MVP finalists: How top candidates stack up, plus each player’s standout moment
Rui Hachimura pays tribute to Kobe and Gianna Bryant with No. 28