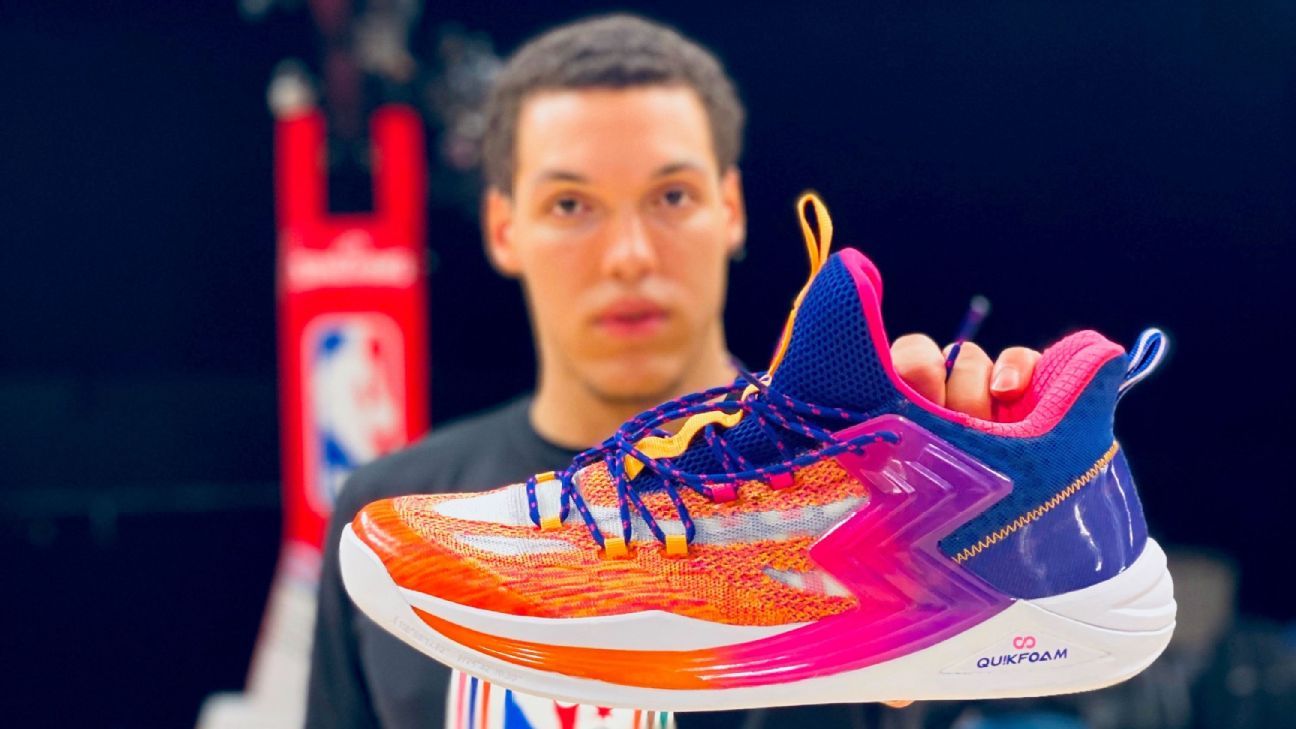 CHICAGO — Surrounded by friends and family, Aaron Gordon strolled into the United Center late Thursday night with a purpose. The Orlando Magic forward, one of the showcase attractions of All-Star Saturday night, was looking to avenge past failures.

While league officials worked on ideal camera placements for the upcoming show, Gordon got to work. He placed a blue portable boom box at half-court to blare music throughout the cavernous arena, making up for the absence of the more than 20,000 fans who will be in attendance Saturday night. The sounds of Meek Mill’s “Pay You Back” and Roddy Ricch’s “The Box” echoed off the empty seats as Gordon weaved his way through the few dozen people lingering on and around the court.

Making his way around the perimeter of the court, Gordon repeated the same phrase over and over.

Gordon went up, twisted in midair and threw down a tomahawk slam. Later, he put the ball between his legs and then slammed it home with two hands. He practiced a half-dozen slams in all, with plans to enlist help from teammates and celebrity friends on Saturday night, when he unveils not only his new array of high-flying, potentially contest-winning dunks, but also his new sneakers, courtesy of a multiyear, multimillion-dollar deal with Chinese brand 361 Degrees.

The two sides have been circling each other since Gordon leaped over a hoverboard-riding Stuff — the Orlando Magic’s furry green dragon mascot — during the 2016 NBA dunk contest, and leaped onto the radar of major brands as a potential marketing superstar.

It didn’t matter that he didn’t win the dunk contest that night (Zach LaVine did). Everything had changed as far as his place in the sport and marketing worlds were concerned.

The only problem, as far as 361 Degrees was concerned, was that Gordon was still locked into the Nike deal he’d signed after being drafted by the Magic with the No. 4 overall pick in 2014. Gordon wore the Nike HyperRev during his dunk contest appearances in 2016 and 2017 — when he failed to make it out of the first round after a much-hyped but ultimately disappointing “drone dunk” — but remained buried on the company’s roster of endorsers. When his Nike deal expired this past fall, he looked for a partnership that could help raise his profile. 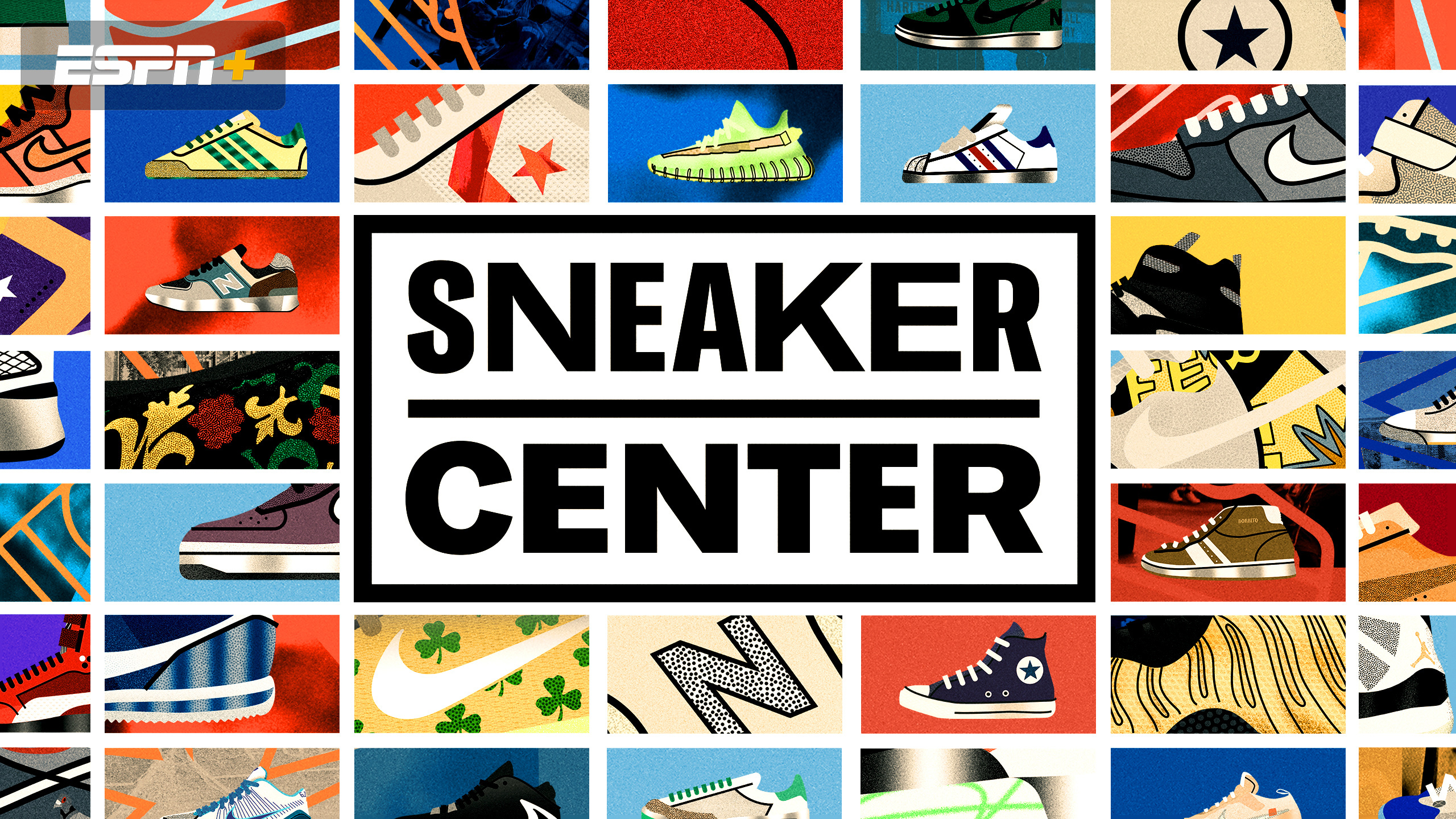 SneakerCenter explores sneaker culture across sports and entertainment, as told by the athletes, artists, enthusiasts and brands who power the movement. Watch on ESPN+

That led him to China, where his fan base has grown rapidly, and to 361, a company looking to raise its own profile as well. The brand, which had partnered with All-Star Kevin Love from 2011 to 2015, will make Gordon its exclusive featured NBA athlete. Gordon began wearing 361 sneakers in games earlier this month, but the partnership will become official with Saturday night’s dunk contest.

“The show is on. It’s time to go and get it,” he said. “It’s about having my own presence. Doing what I came here to do and put on a show the best way I know how.”

Gordon will be putting on that show in a customized “Kung Fu Dunk” colorway of 361’s latest “Big3” sneaker, featuring a support panel styled after the opening number of its name. The tongue icon incorporates his new “AG” circle logo with subtle yin and yang nuances, while the vivid purple and orange colors serve as a nod to his home state.

“It’s a California sunset,” Gordon said. “I’m a California kid from the West Coast, bringing a little flavor to the East Coast.”

Founded in 2003, the Fujian-based company ranks third among the biggest Chinese sportswear brands, behind Anta and Li-Ning, but boasts more than 8,000 retail locations in China. Having lacked a signature NBA star since Love left for Nike in 2015, the company had long targeted the 24-year-old Gordon to be a featured endorser, given his history in the nation.

Following his 2016 dunk contest performance, Gordon partnered with NBA China for the launch of its Jr. NBA Mentor program throughout the region. One of just seven original Jr. NBA China mentors, Gordon would make the nearly 8,000-mile trek on two occasions to help host skills camps, promote the sport across a variety of cities and further entrench himself in the country.

“Everybody knew me as an athlete, but when they saw the dunk contest, they were like, ‘Oh wow, he’s like one of the athletes,'” Gordon said.

Gordon met with 361 in September and the two sides began targeting this weekend for finalizing a deal, allowing Gordon to debut his new shoe in the dunk contest.

Next season, Gordon will become the 18th player with his own signature shoe. The forthcoming “Zen-AG” sneaker incorporates his Orlando Magic colors through a swooping and flowing design, with an ice-blue bottom and pinstripe accents.

“It’s unreal,” Gordon said. “As a kid growing up, that’s what I wanted and what everyone wants — a signature shoe deal.”

Gordon also wants to be involved in the design process of his own shoe, which is why 361 appealed to him as a partner. For years, Gordon has worked with a tailor and designer to create his own custom clothes. Embracing the next stage of his passion for design through his own signature shoe was a key element that he was looking for throughout the shoe deal process.

“They’re looking for me to really be hands-on with this,” he said. “They want to know what the style is like in America, and then bring some eastern style into it as well. Between the fashion of the clothes and the fashion of the shoes, we’re going to come out with a product that kids are going to love.”

361 continues to invest further into its design and development teams, recently hiring a string of industry veterans. The ability to grow with the brand and stand out in featured marketing campaigns across the world helped to seal the deal for Gordon.

“It’s super dope to be able to know that I’ll be in my own shoe,” he said. “When I’m out there on the court, I don’t got to worry about if it don’t fit right or if it don’t look right. It’s like, ‘Nah, this is me on my feet.’ I’m going to be comfortable and just happy and grateful to be representing.”

Hisatune leads early at Ras al Khaimah Championship
Roundtable: Which players should you trade for before it’s too late?
Cyclo-cross World Championships: BBC coverage, schedule and GB squad
Buss: Scoring feat all about LeBron’s ‘greatness’
Raptors’ Anunoby (wrist) out for at least 4 games