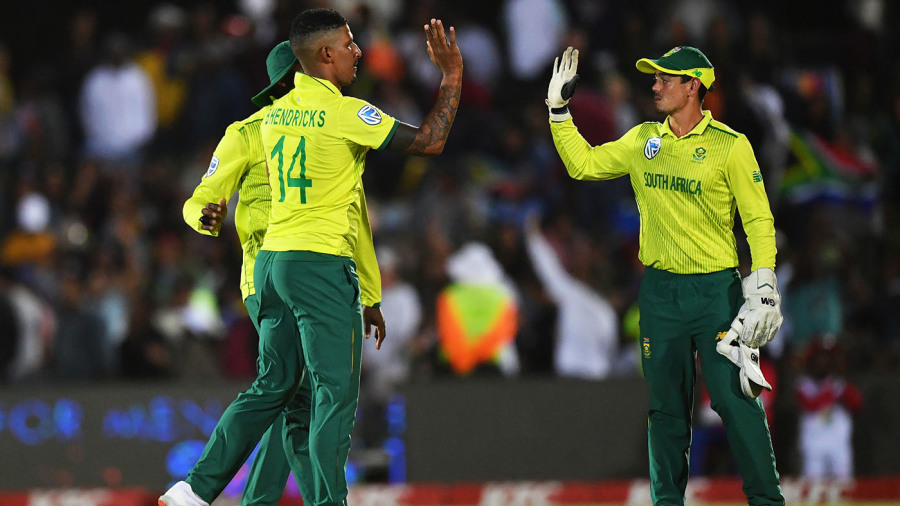 Dale Steyn was a notable absentee as South Africa won the toss and chose to bowl first in the second T20I at Durban, where they have a chance to close out the three-match series after Wednesday’s thrilling one-run win at East London.

Steyn was the solitary change on either side, with South Africa taking the cautious approach to their returning veteran, who showed good rhythm in his first international outing for 11 months, but whose omission possibly owes as much to the 48-hour turnaround as to his form.

In his place came the offspinner Bjorn Fortuin, who made his ODI debut on this same ground last week, but who didn’t play any part in the 11.2-over washout. He has two previous T20I appearances to his name, both on the tour of India in September, where he opened the bowling and claimed 2 for 19 in three overs at Bengaluru to help square the series with an impressive nine-wicket win.

England, by contrast, opted to stick with the same XI that came up short at Buffalo Park, which means another outing for Joe Denly in the middle order and another frustration day in the dug-out for Dawid Malan, whose non-selection continues to raise eyebrows after his 48-ball hundred at Napier in his most recent appearance.

“I hope we come out and bring that energy and ruthlessness,” said Quinton de Kock, South Africa’s captain. “I think it’s about a mental point of view, we’ve just made sure that from a discipline, aggressive point of view, that we’re always on the mark or at least getting better in all departments.”

Morgan admitted he would have bowled first too. “We do enjoy chasing, even though we didn’t get over the line the other night,” he said. “I thought we played some good cricket but we’ll probably look for a bit of a marked improvement and that starts with the bat.

“This is the first opportunity to impose ourselves on the game, so hopefully we can have as competitive a game as the other night but hopefully we get across the line.”

Morgan added that it was a rare blessing to arrive at Durban without rain in the air, given that each of his three previous visits had resulted in abandonments.

“The first time we came here to play, I think, was back in 2010 [December 2009] and this is the first game that I think it will complete so it’s a fantastic place to be, especially with a lot of friends and family here tonight.”