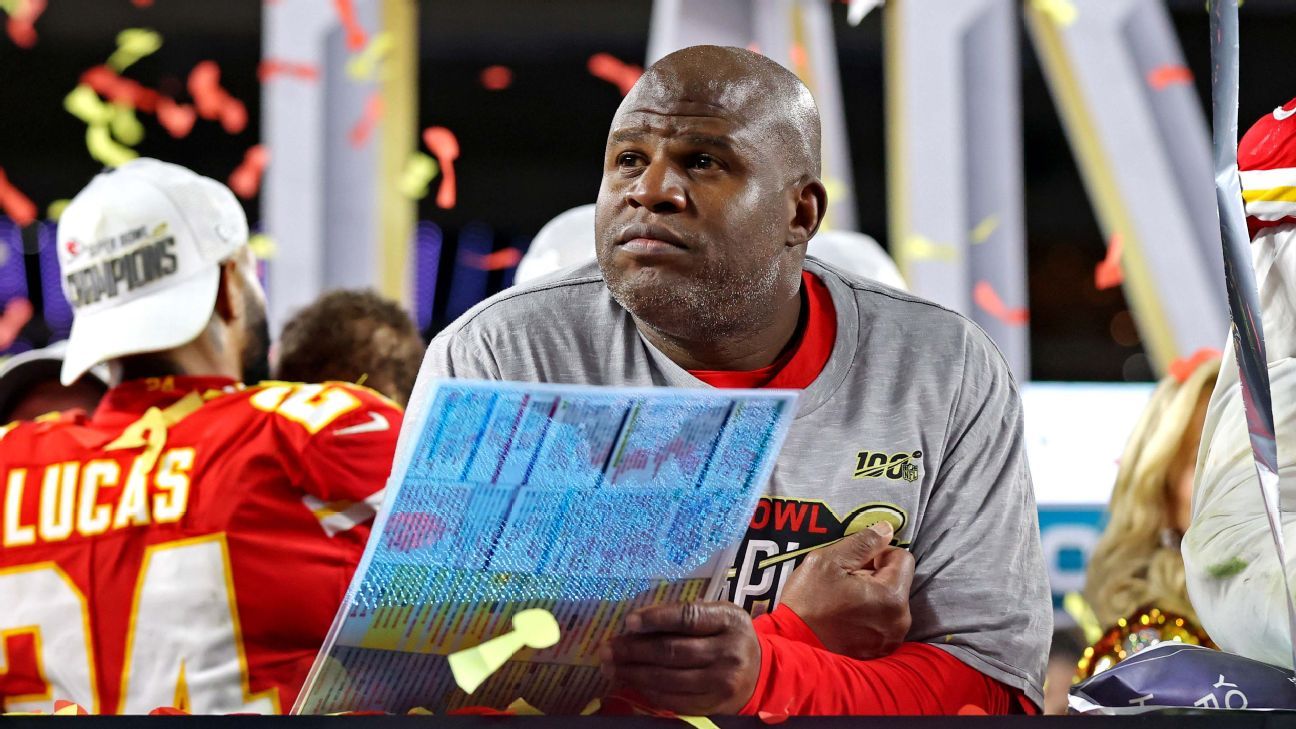 “Nothing imminent,” the source said. “EB is doing his due diligence.”

Bieniemy starred at running back for Colorado from 1987 to ’90, and finished his career as the school’s all-time leader rusher (3,940 yards). He had two assistant coaching stints there after finishing up his NFL playing career.

Bieniemy has spent the last seven years with the Chiefs, and despite interest from several NFL teams for head-coaching vacancies, they all have gone in different directions.

The Buffs are looking to fill the vacancy after Tucker did an about-face and took the Spartans job Wednesday.