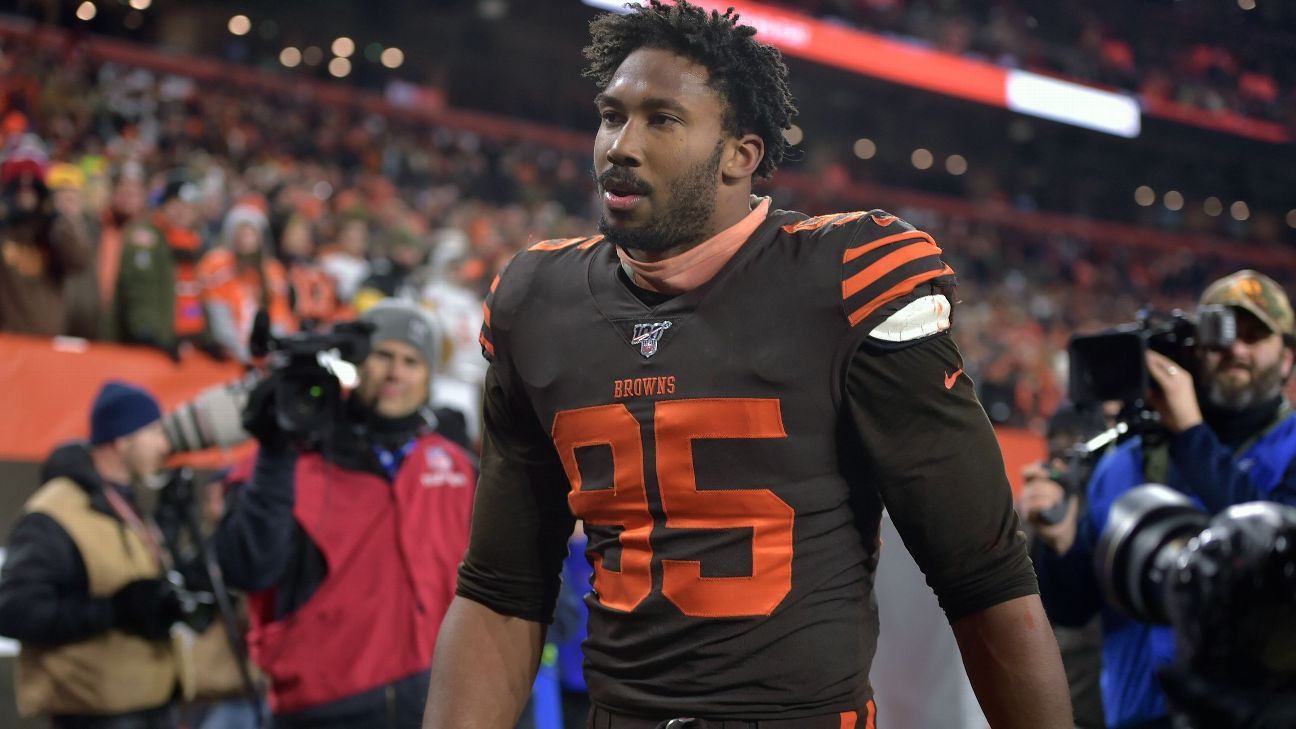 Cleveland Browns defensive end Myles Garrett again alleged that Pittsburgh Steelers quarterback Mason Rudolph used a racial slur toward him just prior to the brawl at the end of their November game.

“He called me the N-word,” Garrett told Outside The Lines’ Mina Kimes during an interview that airs Thursday night on SportsCenter. “He called me a ‘stupid N-word.'”

The NFL suspended Garrett indefinitely for ripping Rudolph’s helmet off and hitting him in the head with it during the Browns’ 21-7 win on Nov. 14. The incident ended up costing him the final six games of the regular season and roughly $1.2 million in pay, plus a fine of $45,623.

Garrett was reinstated by the league on Wednesday.

The star defensive player first asserted during his appeals hearing for the suspension that Rudolph incited him with a racial slur, ESPN reported previously. Garrett later said he never intended for the accusation to become public, but added: “I know what I heard.”

An NFL spokesman said the league “found no such evidence” that Rudolph used the slur and upheld the suspension.

In Thursday’s interview with ESPN, Garrett recounted a different version of events and blamed Rudolph for starting the fight that led to the discipline of 33 total players and fines amounting to $732,422.

“When he said it, it kind of sparked something, but I still tried to let it go and still walk away,” Garrett said. “But once he came back, it kind of reignited the situation. And not only have you escalated things past what they needed to be with such little time in the game left, now you’re trying to reengage and start a fight again. It’s definitely not entirely his fault; it’s definitely both parties doing something that we shouldn’t have been doing.

“I don’t say the N-word, whether it’s with ‘a’ [or] ‘er.’ To me personally, just shouldn’t be said, and whether it’s by family, friends, anyone. I don’t want to use it because I don’t want [people to] find that appropriate around me for anyone to use.”

The Steelers ran a final play with eight seconds left on the clock. Rudolph initially tussled with Garrett on the ground, then charged at him after Garrett forcibly removed Rudolph’s helmet. At that point, Garrett slugged Rudolph over the head with it.

The league fined the Browns and the Steelers $250,000 each. Without Garrett, Cleveland’s defense cratered down the stretch en route to a 6-10 finish.

Reached for comment, the Steelers on Thursday deferred to their November statement, which read in part, “Mason vehemently denies the report of being accused of using a racial slur during the incident.”