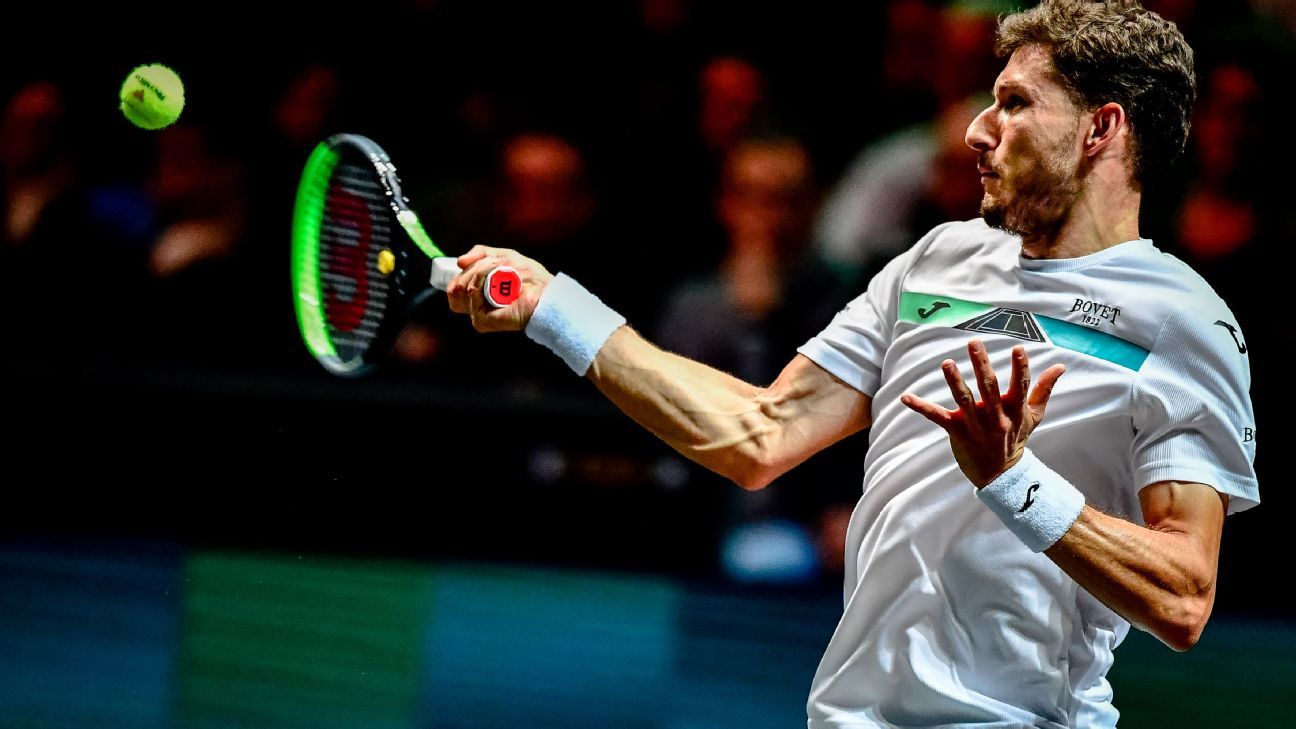 British number one Dan Evans has been knocked out of the Rotterdam Open after Frenchman and defending champion Gael Monfils, beat him 7-6(5) 6-2 in the quarterfinals on Friday.

The third seed won his ninth career title in Montpellier on Sunday and after a tight first set against the spirited Evans he made light work of his opponent in the second.

Monfils will go on to face either Serbia’s Filip Krajinovic or Russia’s seventh seed Andrey Rublev in the semifinals.

World No. 30 Carreno Busta won a tense first set by breaking Italian Sinner’s serve at 5-5 before serving out the frame.

The second set also saw just one break, this time from Sinner at 4-3. The world No. 79 then successfully held serve to set up a decider.

Carreno Busta, 28, struck early in the third set and established a 3-0 lead, but Sinner broke back after saving three match points as the Spaniard tried to serve out the contest at 5-4.

The set ultimately progressed to a back-and-forth tiebreak, which Carreno Busta won 8-6 after saving two match points himself.

World No. 20 Auger-Aliassime took the first set by breaking Bedene at 5-4, then edged a dramatic tiebreak in the second. He faces Carreno Busta in the final four on Saturday.