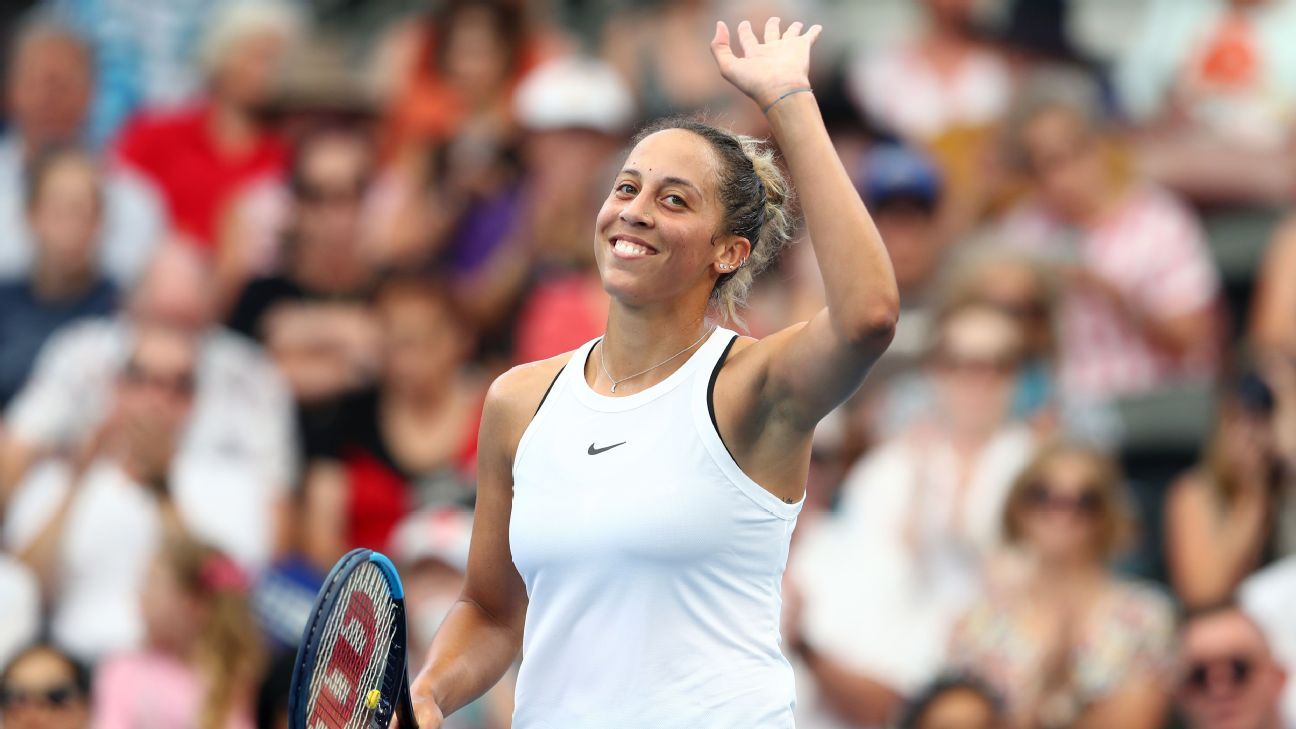 Madison Keys has seen the dark side of the internet. Like so many of her peers, she has received more hateful messages and comments than she can count. The tennis star has talked openly about it over the years and has even previously shared some of the abuse she has encountered on social media.

However, Keys also knows what the internet is like at its best. She has seen the good that can come from it. She has experienced how much a relatively simple direct message from a mom thanking her for being such a great role model for her daughter can dramatically alter her mood — and it’s that feeling she wants to replicate for the masses.

“To me, it’s those small things that really make such a difference, and in the big storm of social media, it’s those moments that mean so much,” Keys said. “When I get those messages or the ones that just say, ‘I love what you’re doing’ or ‘I love what you stand for,’ [it] makes me tear up when I read them. Those small acts of kindness inspire me to keep going, and I’m super excited to try and do that for others and reach as many people as possible.”

Keys hopes to do that with her new initiative, Kindness Wins, which launches Tuesday.

The nonprofit organization, which will have an active web and social media presence, looks to partner with other similarly minded groups, as well as recognizing, amplifying and providing grants and support to people who are making the world a better place. Keys pointed to an example of a youth football team in Miami she had become aware of. The coach would pick up players himself if parents weren’t able to drop them off. When his van stopped working, others stepped up and started a GoFundMe to raise money for a new vehicle. Kindness Wins, Keys says, would find stories like this and do what they can to provide exposure on its website and social channels, as well as potentially helping provide financial assistance.

“I would describe it as a collaboration of people who want to spread kindness,” she said. “We all know that little acts of kindness, or even big acts of kindness, they can spread so quickly and so fiercely on the internet and have the ability to get more and more people involved and motivated to perhaps do something kind themselves.

Keys, who turned 25 on Monday — which also happens to be “Random Act of Kindness Day” — says her team has been in discussions with several other athletes and influencers who are interested in participating.

During her first years on the WTA Tour, Keys often wondered what she could do to make the world a better place. She felt she wasn’t doing enough and recognized she had a platform through her success on the court. But she also knew her limitations as a full-time athlete. In 2016, she teamed up with FearlesslyGirl, an anti-bullying organization dedicated to helping empower young women through a variety of programs and classes at schools around the United States and Canada. Keys poured herself into the cause and attended as many events as she could, promoting its message of encouragement and kindness whenever she was able.

She was thrilled to see her work getting recognized but was struck at how many people would approach her and ask if boys or adults were allowed to be involved as well. She knew the goal of the organization was not limited to gender or age or any other specific demographic. That’s when the idea of Kindness Wins came to her, in an attempt to take the message and positivity from FearlesslyGirl and make it inclusive for all.

Known as a fierce competitor on the court, Keys will be focused on making the United States Olympic team for Tokyo over the next few months and winning as many matches as possible along the way. But that drive won’t stop her from trying to recruit all of her opponents from joining her cause — no matter the outcome of a match.

“I 100% hope my peers will join this because I think it makes it all the more powerful,” she said, before laughing. “I’m sure that I’ll corner them in the locker room and I’ll just say, ‘Hey. Hi. I have a question for you. Do you like kindness? Because I do, and you should, too.'”

Keys is currently ranked No. 12 in the world. The 2015 Australian Open semifinalist was eliminated in the third round at Melbourne last month but reached the final in Brisbane in her first event of 2020. She was characteristically optimistic about the start of her season.

“I definitely look at it in a positive way,” she said. “I don’t remember the last time I walked away with so many wins so early in the year, so that’s a massive positive for me, and there’s just lots to learn from. Tennis is great because there’s always a tournament next week, so plenty of time to get better and improve.”

Keys, the reigning Cincinnati Open champion and a US Open finalist in 2017, will next be in action in Acapulco, Mexico, at the end of the month before playing in Indian Wells, California, Miami and Charleston, South Carolina. That last tournament, the Volvo Car Open in early April, will be the site of Kindness Wins’ first official event.

“The message is really, ‘Let’s be nice to each other.’ I know that sounds small, but I really don’t think it is,” she said. “Every day online, and in person, we’re constantly seeing people being so disrespectful and nasty to one another, but we want to promote and magnify people being good to each other, in the hopes that will encourage more of this type of behavior.”

Look to these players for a playoff push
Aussies Hijikata, Kubler into men’s doubles final
Did replay officials mishandle DeVonta Smith’s controversial catch? What should have happened
Luka nets 53 while chirping with Pistons assistant
Delivery person walks onto the court during Loyola Chicago-Duquesne