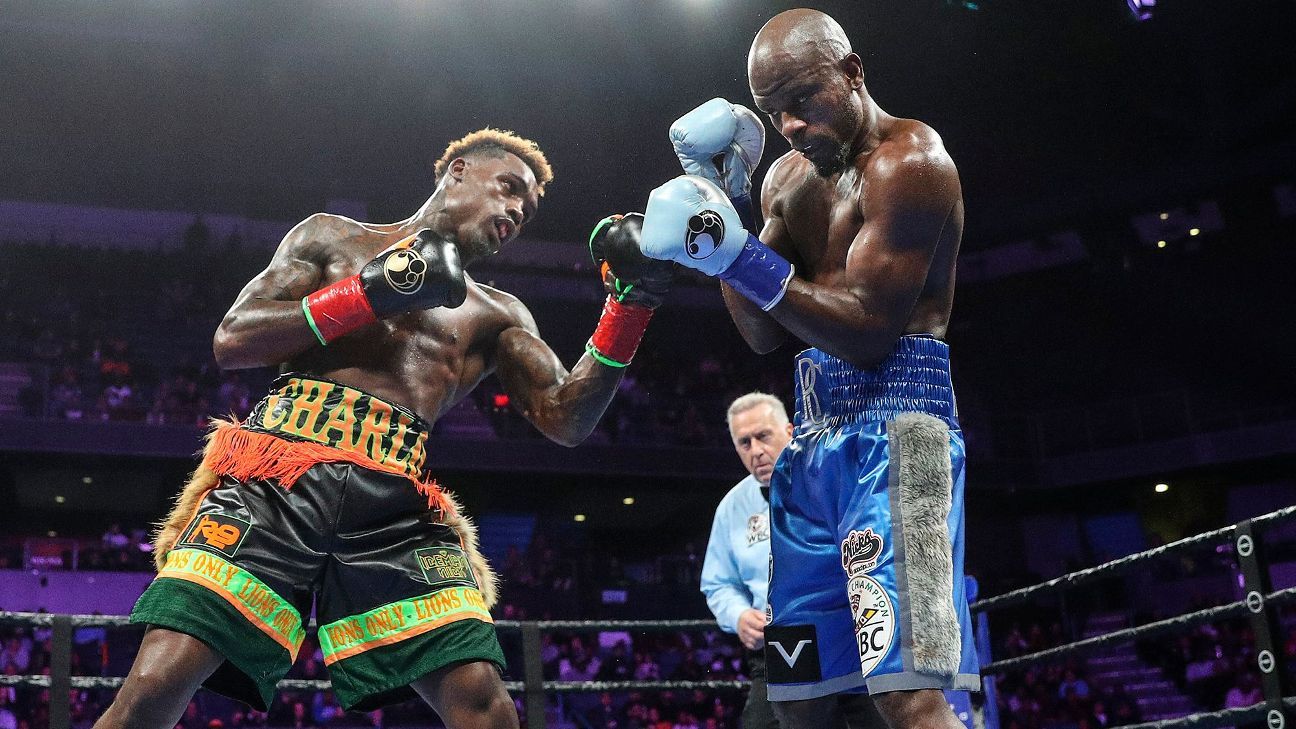 The California State Athletic Commission says it has determined the contents of a squeezable bottle in Jermell Charlo’s corner during his 11th-round knockout of Tony Harrison in December to be water and that no rules were broken.

The CSAC, in a statement released to ESPN on Thursday, said it came to that ruling after the “athletic inspectors assigned to both corners were asked exactly what had occurred” during the fight in Ontario, California.

Harrison had lodged a complaint regarding the bottle to the commission.

“Mr. Charlo’s cut man asked the commission-assigned athletic inspector if he could transfer water from new water bottles to the squeezable Gatorade water bottle, for the purpose of being able to squeeze water from the bottle,” the statement to ESPN said. “The athletic inspector allowed this and observed the cut man take two new water bottles, open and pour them into the squeezable Gatorade water bottle. Furthermore, Mr. Charlo and Mr. Harrison passed every drug test administered by the Voluntary Anti-Doping Agency (VADA), out of competition and in competition. Mr. Charlo and Mr. Harrison were both clean fighters for this bout.”

In the closely contested affair, Charlo rallied in the 11th round to score a dramatic knockout of Harrison to win back his WBC junior middleweight title, which he had lost to Harrison one year earlier. As Charlo learned of the accusations, he posted copies of his drug tests results from VADA to Twitter.

Do Whatcha Want Wit It.. pic.twitter.com/y1WszwIENu

“I just don’t understand how inspectors and California commissioners could drop the ball like this in a world championship fight,” Harrison wrote Wednesday on Instagram. “The rule is in between rounds you can only drink water in clear sealed bottles seeming that tgb provided the water what was being drank in the Gatorade bottle!!!!!! Inspectors and commissions one job is to protect the safety of fighters seeming that all the deaths in sport of boxing had occurred but now we have people like this that want the edge no matter who’s on the other end. I’m disgusted with the sport I love not so much with him cause his job is to try to get over but I caught it.”

The accusations made by Harrison were reminiscent of the classic bout between Aaron Pryor and Alexis Arguello that took place at the Orange Bowl in Miami in 1982, when Pryor’s trainer, Panama Lewis, could be heard clearly asking for a special water bottle in between the 13th and 14th rounds. With a sudden burst of energy, Pryor battered Arguello into submission in the next round.

“He didn’t start off drinking what ever was in the bottle until about round 4 until it ended,” Harrison continued in his Instagram post. “Head trainer Dereck James never co-signed what was going on never touched that bottle that was getting passed on the sides. They crowded him it was really hard to see til I watched the fight time and time again. He can say he was drinking anything but fact is it def wasn’t water!!!! Do I want the fight over turned not at all I feel I should of beat him regardless but I’m def calling a spade a spade and the playing field just wasn’t even in a world championship fight!!

“What ever comes from this for me it is what it is but I’m def going to bring awareness to the world and who ever he fights next to be aware like the sport says protect YOSELF at all times they mean that literally!!Calling all fighters and trainers Let’s talk boxing tell me what you think!!”