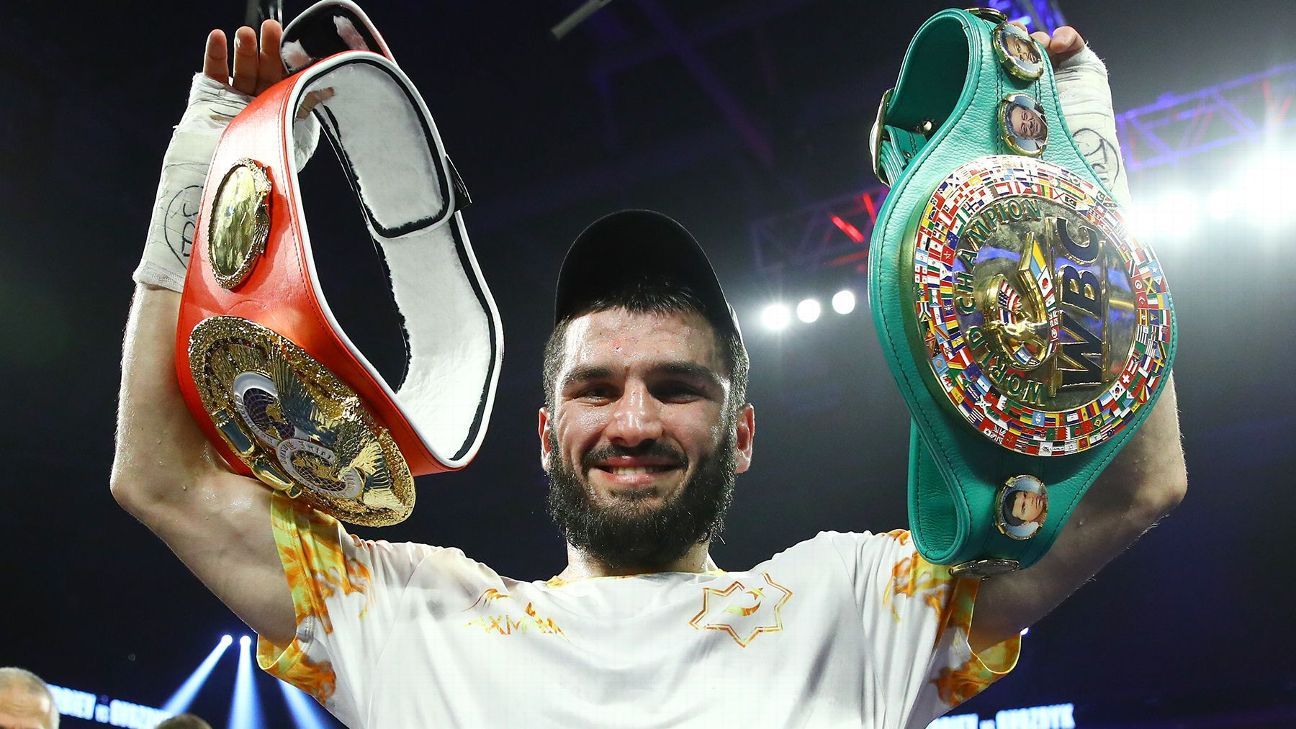 The fight will headline a Top Rank Boxing on ESPN card (ESPN and ESPN Deportes, 10 p.m. ET with preliminary bouts streaming on ESPN+ beginning at 6:30 p.m. ET) at the Videotron Centre in Quebec City, which is not far from Beterbiev’s home base in Montreal.

“Artur Beterbiev is uniquely motivated to put on a show for his Canadian fans, as he returns to Canada as a unified world champion,” Top Rank chairman Bob Arum said. “Like Artur, Meng was a tremendous amateur. He’s fought around the world and will not be intimidated as a challenger in foreign territory.”

Beterbiev (15-0, 15 KOs), 35, a 2008 and 2012 Russian Olympian who moved to Montreal to begin his professional career in 2013, knocked out Enrico Koelling in the 12th round to win a vacant 175-pound world title in November 2017. He has made three title defenses, none bigger than in his last fight. That was in October in Philadelphia, where he knocked out then-undefeated Oleksandr Gvozdyk in the 10th round of a very competitive fight to unify two world titles and also become the lineal world champion.

“I’m very much looking forward to defending my IBF and WBC titles against mandatory challenger Meng Fanlong on March 28 in beautiful Quebec City,” Beterbiev said. “I’m training hard, improving every day, and I intend to perform at my best in front of my Canadian supporters.”

The southpaw Meng (16-0, 10), 32, a 2012 Olympian for China, won a unanimous decision against then-undefeated Adam Deines on June 1 in Macao in a world title elimination bout to become Beterbiev’s mandatory challenger. Meng returned for a second-round knockout of Gilberto Rubio on Oct. 5 in a stay-busy fight before his chance to fight for the world title.

Added Dino Duva of Roc Nation Sports, Meng’s promoter: “Team Meng has waited a very long time for his opportunity, and now his time is here. Artur Beterbiev is one of the best fighters in the world, and that’s what will make this fight so special for Fanlong. I sincerely believe Fanlong will win and make history. I cannot wait for March 28 in Quebec City.”

The date and site came as no surprise, as it has been Top Rank’s plan since last month when it took over promotional control of the bout.

Initially, Chinese promoter Longjoy Sports, which has a working relationship with Roc Nation Sports, won a purse bid for the bout on Dec. 30, offering $1.9 million to beat the offer of $1.315 million from Top Rank. But Longjoy Sports eventually defaulted on its bid, giving underbidder Top Rank control of the promotion. Under Top Rank’s bid, Beterbiev is entitled to 65% of the money ($854,750), although he will earn more because his contractual minimum with Top Rank for a title defense is larger, and Meg will receive 35% ($460,250).

Although Top Rank did not announce the co-feature, sources with knowledge of the plans told ESPN that middleweight up-and-comer Janibek Alimkhanuly (8-0, 4 KOs), who was No. 6 on the ESPN top prospect list at the end of 2019, will face an opponent to be determined in a 10-rounder. Top Rank has offered the bout to several fighters, including former Gennadiy Golovkin opponent Steve Rolls, but has been turned down, sources told ESPN.

Alimkhanuly, a 26-year-old southpaw from Kazakhstan, who is trained by Buddy McGirt and fights out of Northridge, California, had more than 300 amateur fights, won a 2013 world amateur championship and was a 2016 Olympian, making it to the quarterfinals in Rio.