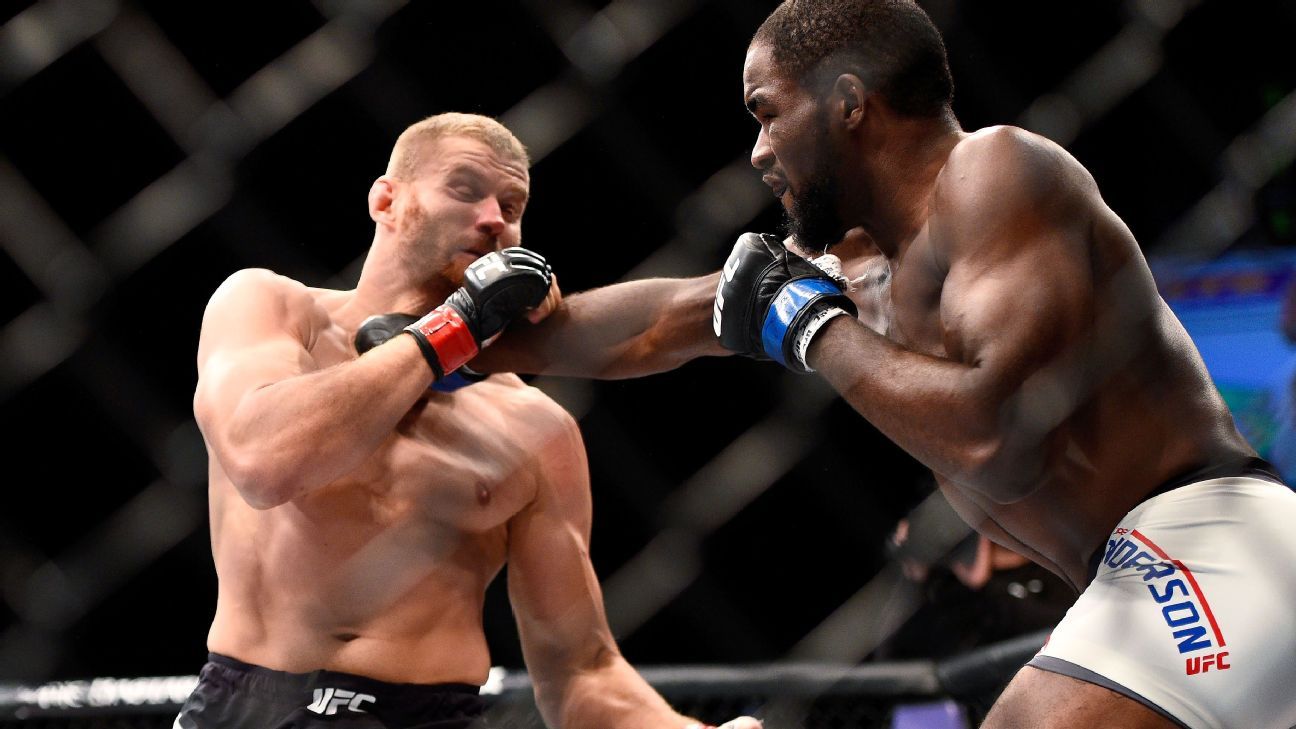 Corey Anderson and Jan Blachowicz both made weight Friday morning for their possible No. 1 contender matchup, which is scheduled for Saturday night in the main event of UFC Rio Rancho in New Mexico. Anderson weighed 205 pounds, while Blachowicz hit the scale at 206.

ESPN has Anderson ranked No. 5 and Blachowicz No. 6 in the world at light heavyweight. With an impressive victory, the winner could be next up for longtime 205-pound champion Jon Jones.

Anderson (13-4) has won four straight. The Illinois native is coming off a first-round TKO win over Johnny Walker at UFC 244 in November. Anderson, 30, has not lost since 2017 and already owns a unanimous decision win over Blachowicz from UFC 191 on Sept. 5, 2015.

Blachowicz (25-8) has won two straight and six of seven. The Poland native most recently defeated Ronaldo Souza by split decision at UFC São Paulo back in November. Blachowicz, 36, has only lost to former title challenger Thiago Santos since 2017.

Both co-main event participants also successfully made weight for their welterweight clash. Ultimate Fighter 1 veteran Diego Sanchez was the first on the scale and came in at 171 pounds. Michel Pereira hit the mark at 170 even.