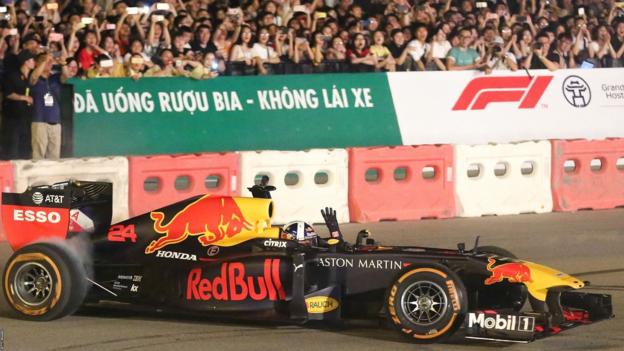 The Vietnam Grand Prix is expected to go ahead on 5 April despite concerns over the coronavirus, says Formula 1’s managing director Ross Brawn.

Vietnam’s inaugural race is being held in Hanoi, 100 miles from the border with China, the centre of the outbreak.

The Chinese GP, which was scheduled for 19 April, was postponed on Wednesday.

“For Vietnam, all the feedback we are getting is rather like the UK. There have been some cases but not a level that would concern us,” said Brawn.

Speaking to Reuters at an event in Canada on Wednesday, Brawn added: “The advice we are getting is that it can go ahead there.”

On Thursday, Vietnam announced that it had quarantined 10,000 people in the commune of Son Loi, 30 miles north-west of Hanoi, because of fears over the spread of the disease.

A Health Ministry statement said: “As of February 13, 2020, we will urgently implement the task of isolation and quarantine of the epidemic area in Son Loi commune. The timeline… is for 20 days.”

A Formula 1 spokesman said that Brawn was not aware of the new developments in Vietnam when he spoke but added that “we can only confirm that Vietnam is on the schedule”.

There are 15 confirmed cases of what has been officially called the COVID-19 virus in Vietnam, five of them in Son Loi.

In the FIA’s statement announcing the postponement of the Chinese Grand Prix, motorsport’s governing body said: “The global situation regarding this virus will continue to be monitored by the FIA with regard to other motorsport events.”

Brawn added that F1 were continuing efforts to try to find a space in the calendar for the Chinese Grand Prix later in the year, assuming the virus outbreak situation improves, but he admitted it would be “very tough”.