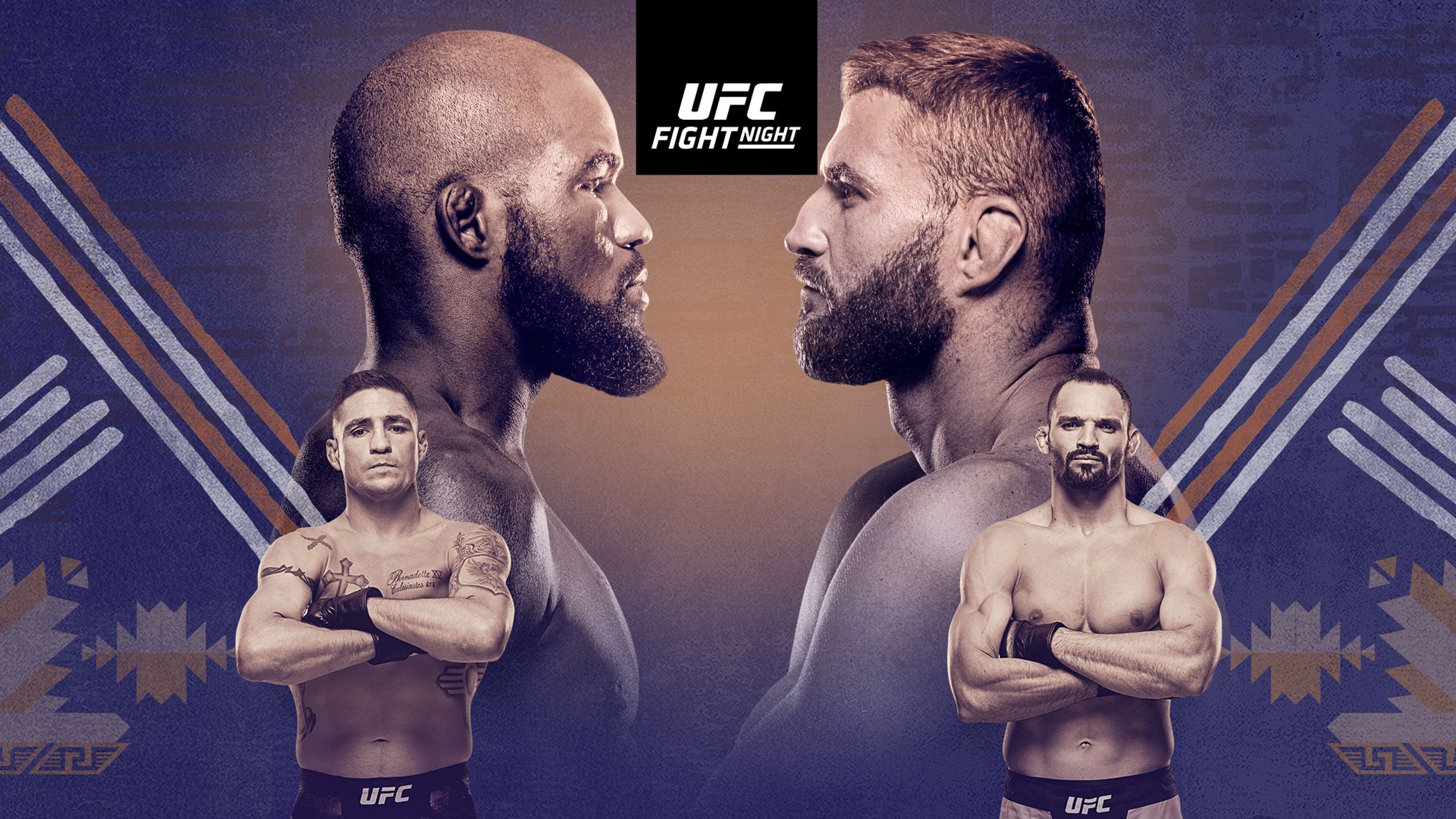 It was all set up so well for UFC light heavyweight contenders Corey Anderson and Jan Blachowicz. There they were, scheduled to fight each other in a UFC main event, just seven days after Jon Jones was set to defend his title against Dominick Reyes.

More than likely, Jones would win (as he always does) and the winner of Saturday’s UFC Fight Night main event in Rio Rancho, New Mexico, would be in a perfect spot to call him out.

Well … so much for that. Circumstances have changed. Drastically.

Jones (26-1) did in fact defend his title by defeating Reyes (12-1) at UFC 247 via unanimous decision, but there are a lot of observers who felt the judges didn’t get it right. The demand is there for an immediate rematch between the two, and all of a sudden, Anderson vs. Blachowicz doesn’t feel like a No. 1 contender fight anymore.

So, that’s the bad news. Here’s the good news for Anderson and Blachowicz. Things can change again. Fans have short memories. History says, just because a challenger has a close fight with Jones, it doesn’t mean he’ll get a rematch right away. Alexander Gustafsson‘s 2013 loss to Jones was also highly controversial, and they didn’t fight again until 2018.

There is some added pressure, however, on Saturday’s headliners. If Anderson or Blachowicz really wants the next shot, he’d better deliver. And that includes prefight delivery, in-fight delivery and postfight delivery. Make some noise outside the cage, make a statement inside of it and have a victory speech ready.

Because if the winner of this fight doesn’t hit all three, he may find that just a win on Saturday doesn’t do him much good.

30-25: The score on two judges’ cards in Anderson’s 2015 win over Blachowicz. It is one of four light heavyweight fights in UFC history to feature two scorecards of 30-25 or wider. (The others: Aleksandar Rakic def. Justin Ledet, Andrew Sanchez def. Khalil Rountree, and Patrick Cummins def. Kyle Kingsbury.)

63-3: Significant strike advantage by Anderson over the final two rounds of that 2015 meeting with Blachowicz. The final numbers in total strikes: 84-20, including 58-1 in ground strikes.

53: Takedowns in the UFC by Anderson, the most in promotion history among light heavyweights.

4: Knockdowns by Blachowicz since 2017, tied for the second-most among UFC light heavyweights in that span. Three of Anderson’s four career losses have come via knockout.

“This is one of the rematches I would like to have, and I got it. And I’m really happy, because I’ve lost a couple of fights, but this one is in my head all the time. Because I know that when we fought together five years ago, it was one of my worst shape ever. I feel bad after two minutes of the fight. I was completely exhausted, you know? And now I want to prove Corey, he have a lot of luck in our first fight. I think it was over-training and jet lag. Now I have been in Rio Rancho more than two weeks, and I feel great.” — Blachowicz, speaking to ESPN about getting a second shot at Anderson

Anderson is the safe bet. On paper, he has more ways to win. He’s a solid grappler and technical stand-up fighter. His first-round knockout of Johnny Walker in November was a true eye-opener. Blachowicz is coming off a snoozer decision against a former middleweight in Ronaldo “Jacare” Souza … and yet, there’s something about Blachowicz for me right now. He’s in control of his fights. He has the air of a winner. And he has underrated power. I’m going with an upset. Blachowicz via decision.

What else to look for … beyond the title fights

The rest of the card:

Couples Night at the fights

Valentine’s Day in the De La Rosa household will not see any heart-shaped boxes of chocolates … at least not until after weigh-ins.

On Saturday’s main card, Montana De La Rosa will look to bounce back against flyweight Mara Romero Borella after suffering her first UFC loss last June against Andrea Lee. De La Rosa had finished each of her first three UFC opponents via submission.

The first fight of the night features her husband, Mark De La Rosa, who will also be hoping for a bounce-back performance. He is on a two-fight losing streak entering his flyweight bout against Raulian Paiva.

Mark and Montana are the first husband and wife to compete on the same fight card in UFC history.

Townsend, who faces Devin Clark in a light heavyweight prelim, will be fighting just 21 days after his UFC debut on Jan. 18.

That will make Townsend the ninth fighter in modern-era UFC history to fight 21 days or fewer after his previous fight, according to research by ESPN Stats & Information. The others: Chas Skelly, Chris Leben, Dustin Pague, Donald Cerrone, Mike Brown, Lavar Johnson, Josh Koscheck and Michael Bisping.

Those eight fighters went 3-5 in their short-notice returns.