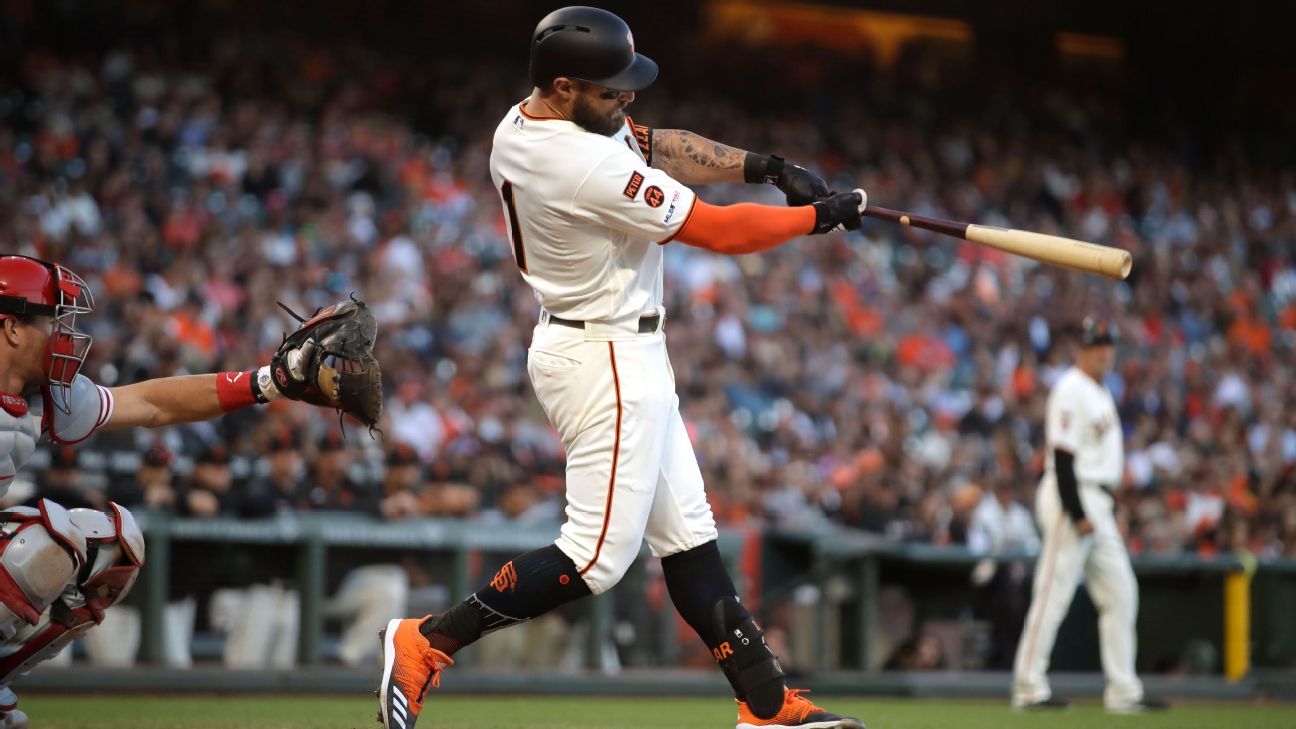 The Boston Red Sox have agreed to a deal with free-agent outfielder Kevin Pillar, according to The Boston Globe.

The newspaper reports it’s a one-year, $4 million deal that could become official as soon as this weekend if Pillar passes his physical.

Pillar will provide Boston with some outfielder depth with Mookie Betts now gone via trade to the Los Angeles Dodgers and Alex Verdugo, whom the Red Sox acquired in the deal, no certainty to be ready for Opening Day. Verdugo missed the end of last season with a back/oblique injury, and while he said in December that his goal was to be ready for the opener, he told MLB.com then that he’d have to wait and see how the injuries were progressing.

Pillar began last season with the Toronto Blue Jays and moved to the San Francisco Giants as part of a four-player trade in early April. The slugging outfielder had the best season of his career, leading the Giants in several offensive categories, including homers (21), RBIs (87), hits (157) and on-base percentage (.339).

Pillar, who made $5.8 million in 2019, was not tendered a contract by the Giants after the season, as he would have become eligible for arbitration and likely would have commanded approximately $10 million.

A right-handed bat, Pillar had been Toronto’s longest-tenured player before being traded in his seventh season with the team. Known for stellar defense in center field, the 30-year-old has a .261 average with 76 home runs and 318 RBIs in 851 games. The Blue Jays selected Pillar in the 32nd round of the 2011 amateur draft, giving him a $1,000 signing bonus.

Pillar’s time in Toronto was not always smooth. In May 2017, he was suspended two games after yelling a homophobic slur at Atlanta Braves reliever Jason Motte. Pillar later apologized to fans, Major League Baseball and the LGBTQ community.

Sources: Guidry to leave Tulane to be Miami DC
PGA Tour asks to delay LIV antitrust trial date
How Jalen Hurts silenced his doubters and led the Eagles to Super Bowl LVII
Formula 1: Ford to team up with Red Bull after 22 years out of the sport
All-Star MVP Tkachuk’s 5 points powers Panthers