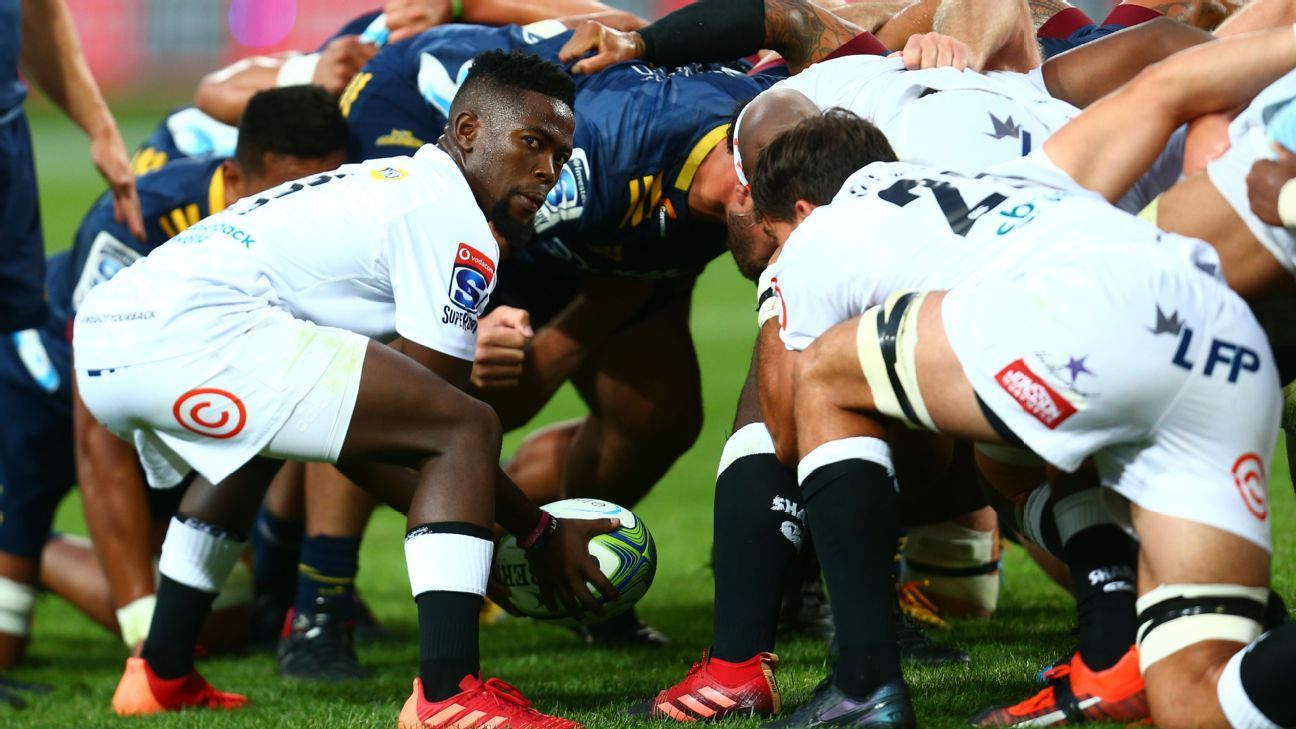 The end of a Rugby World Cup year often sparks a mass exodus of players and coaches to greener pastures, and the 2019 event in Japan, won by South Africa, was no different.

The Southern Hemisphere giants, South Africa, New Zealand, and Australia, all have new coaches at the helm, with Jacques Nienaber, Ian Foster, and Dave Rennie taking over from Rassie Erasmus, Steve Hansen, and Michael Cheika respectively.

Bok stalwarts Tendai Mtawarira, Francois Louw, and Schalk Brits have already announced their retirements, though ‘Beast’ has already made his way to the USA to be the face of Major League Rugby.

The new World Champions are in high demand globally, and with the lure of the Pound, Euro and Yen easily beating the Rand, it’s made it tough for Super Rugby sides in South Africa to hold on to their stars.

Combine the cash with continued Springboks eligibility even if they venture out of SA, a massive barn door has been opened for young almost-stars to stake a claim on a Super Rugby place at home.

The Sharks fullback is in his second season of senior rugby and looks like he is not far from donning the Springboks’ green-and-gold. He is fast, agile, and has an educated left boot on him. He scored two tries against the Highlanders in Dunedin this month and played a pivotal role in the Durbanites’ 42-20 drubbing of the Kiwi side. Victories in tough-to-visit New Zealand early in his career can only put him in good stead for the future.

The versatile Lions flyer [he is also comfortable at fullback] has already proven that he is a try-scorer at junior level, but importantly got his name on the scoresheet twice for the Johannesburg side against the Reds last Saturday. Wing is traditionally a position where SA have a wealth of talent, so he will be well aware that he needs to stay ahead of the chasing pack.

A prodigious schoolboy talent, the former Jeppe High midfielder is ready to make his mark at Super Rugby level. He has good passing skills and a brilliant stepping game, and he has more than enough gas as he has played some of his senior rugby on the wing. However, his pre-season was not as impressive as coaches would have like, so he has made way for Duncan Matthews in the Lions’ number 13 jumper. At 21, he will quickly learn that there is no place to hide.

Selected for the Stormers’ squad this year, the UWC Varsity Cup and Baby Boks star will learn a great deal from Jamie Roberts, the Wales and British and Irish Lions centre, who was recruited by the Cape Town-based franchise. The 21-year-old Hendricks is 1.86m and 93kgs, a perfect size for an inside centre, while his distribution is one of his best traits. If he takes in all he can from Roberts, who earned 94 caps for his country, Hendricks will be ahead of the curve.

The 20-year-old Paarl product is another Baby Boks star. He has been included in the Sharks’ squad and, similarly to Hendricks learning from Roberts, he will be able to tap into the minds of World Cup-winning wings JP Pietersen (2007) and Makazole Mapimpi (2019). The former Paarl Boys High speedster is slight at under 80kg’s, but Bok star Cheslin Kolbe has proven that there is a place for smaller wingers in world rugby.

The 21-year-old has already amassed 30 Super Rugby and 6 Test caps but needs to turn the prodigious talent into match-winning performances at both levels. He has been entrusted with the number 10 jumper for the Stormers this year after playing most of his rugby at fullback last year. He forms a formidable halfback pairing with another World Cup winner in Herschel Jantjies. The fleet-footed Willemse will be a global superstar if he fulfils his talent but needs to settle in the flyhalf position, improve his game management, and become more accurate off the kicking tee.

The Sharks livewire has taken to Super Rugby like a duck to water. He scored the winning try against the Bulls in round 1 and impressed all and sundry against the Highlanders last Friday. He has a beautiful passing game and has shown that he is dangerous when given space around the fringes. He is also a solid goalkicker, which is a great weapon to have in a scrumhalf’s armoury. He will be pushed for a place by Jaden Hendrikse every week though, so must remain at the top of his game.

The strapping number 8 has been plagued by injury since his Stormers debut in 2017 – the same year he was chosen as World Junior player of the year. He has made only nine Super Rugby appearances since, but made his most recent comeback against the Bulls last Saturday. At 1.87m and 116kgs he has long been touted as a like-for-like replacement for Duane Vermeulen. If he can stay off the physio’s table he could become a star for the Stormers and the Boks.

The 23-year-old Bulls flanker has been in good form this early in the season, despite his side losing twice on the road. At 1.95m and 109kgs he is the perfect fit for a traditional South African number seven. He is an abrasive ball carrier and a reliable option at the back of the lineout. He will become better with time, and isn’t quite a threat to the current Bok loose forwards yet.

The versatile Stormers loose forward is certainly one for the future. He made a name for himself in Kwazulu-Natal and captained the SA Schools side before moving to Cape Town. He is big and strong, and very skilful for a player his size. He can double up as a link or play to the ball in a fetcher role, and is comfortable at the back of the scrum too. South Africa has had great loose forwards over the years and he has the potential to add his name to that list.

The Stellenbosch University captain has yet to make his Stormers debut but is already highly rated. He can also play at flank and is mobile for a man his size. He is also quite the academic after passing his final year of high school with an astonishing 91%, which bodes well for the former Paul Roos Gymnasium lad when it comes to match intelligence. JD Schickerling, his fellow Stormers squad member, will definitely be battling Dixon for a place in the next few years.

Paarl product Moerat is a former captain of the Baby Boks and in his third season of senior rugby. Pieter-Steph du Toit’s successful migration to flank and Eben Etzebeth’s move to Toulon means that Moerat is suddenly the Stormers’ best lock. He still needs to decide whether he is best suited to the number 5 lock or the more abrasive number 4 enforcer. He has had his fair share of injuries but has also been touted as a future Springbok captain.

The Stormers tighthead prop already boasts 46 Super Rugby and 13 Test caps but his best years are still ahead of him. Frans Malherbe is the Springboks’ incumbent at number three and it comes as no surprise that the 25-year-old from Ceres has signed with English club, Harlequins, though he will complete this Super Rugby season. Props generally reach their peak later in their careers and that’s why the no-nonsense Louw will come into his own in the next few years.

Hooker is probably the one position where one has to look around. Malcolm Marx has move on, Schalk Brits has retired, and Bongi Mbonambi is out for the rest of Super Rugby season with a torn hamstring. The Sharks’ Kerron van Vuuren and Chad Solomon from the Stormers must see this as an opportunity to put their hands up, while the Stormers could even be talked into getting Joseph Dweba from the Cheetahs on a loan deal. Dweba is probably the most exciting hooker in the country at the moment and Super Rugby would be a good fit for him.

From Beast to Ox. With Mtawarira’s retirement and subsequent move to the US, the 24-year-old Nche now has an opportunity to make the number 1 jumper at the Sharks his own. He has always been known as a good ball carrying prop but he has turned into a solid scrummager too. Has immense skill for a front rower and will definitely play for the Boks in the near future.