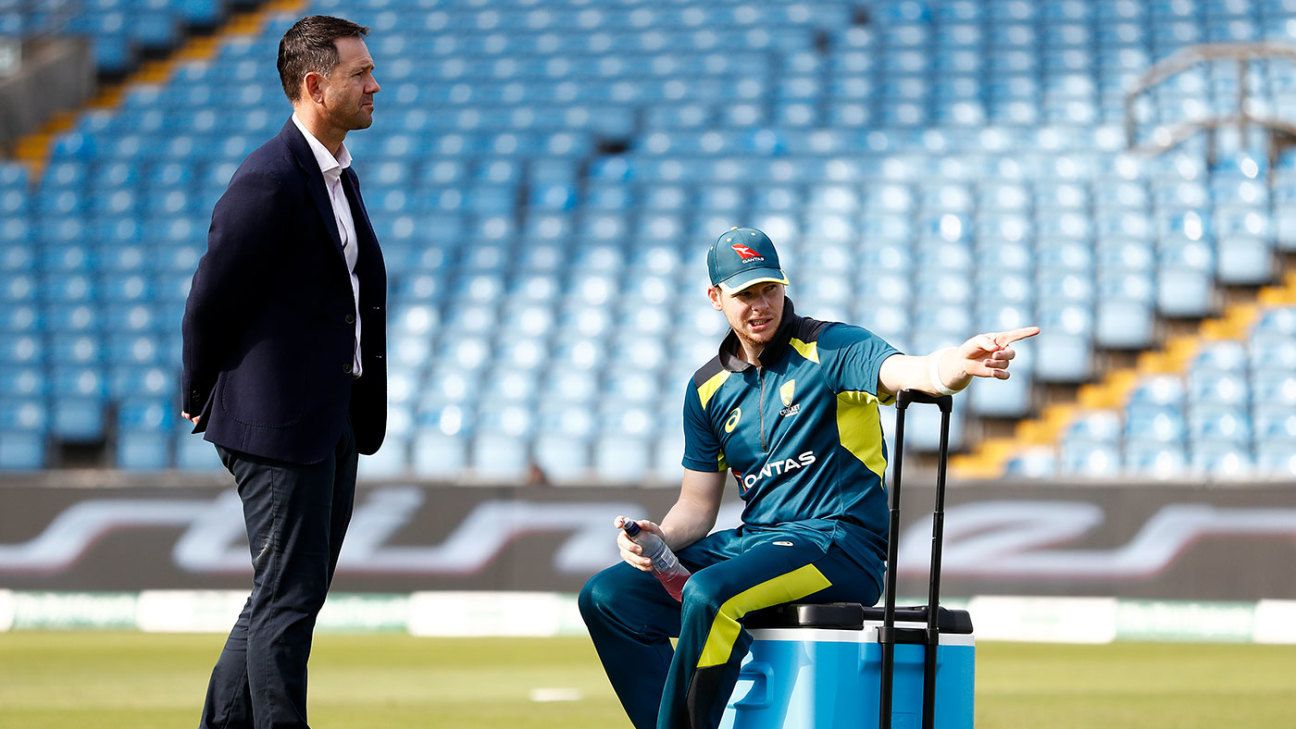 Ricky Ponting has revealed his belief that the road leading Australia to the Newlands scandal had started years before when he became fearful of a decline in the level of senior experience around the national team to adequately mentor younger players as to how to conduct themselves.

Speaking to a fundraising dinner of almost 500 guests for the Chappell Foundation at the SCG on Tuesday night, Ponting said that he could see a link between the anxiety about leadership in the Australian team, that saw him play on for several years after he might easily have retired, and the eventual crisis in South Africa that saw Steven Smith and David Warner banned for a year while stripped of their leadership roles. Cameron Bancroft, a more junior member of the side, was suspended for nine months.

Put simply, Ponting said, all well-rounded teams needed senior figures around them who have the ability to “say no” when questions of character, ethics or sharp practice are raised. This was conspicuously absent at the height of the Newlands scandal.

“I was a bit worried that with a lot of the experience going out of our team at the same time, that there would be a bit of a void left with experienced players to be able to say ‘no’ basically,” Ponting said. “If I look at where things got at Cape Town I just don’t think there were enough people around that team to say ‘no’ to some of those guys. Things got completely out of control. That’s very much an outsider’s view on it. I had nothing to do with the team really until the last couple of years around some Twenty20 cricket and the World Cup last year.

“I probably should have retired three or four years earlier than I did but I was really worried about where the direction of the Australian cricket team was going if I wasn’t around. And I wanted to be around to help Warner and Smith and Nathan Lyon and Peter Siddle and Mitchell Johnson. I wanted to help them through that initial phase of their international careers because I knew it wasn’t going to be easy for them.”

Had Ponting retired at the conclusion of the 2010-11 season when he gave up the captaincy to Michael Clarke, he would have finished with 152 Tests, 12,363 runs and an average of 53.51, with 39 centuries. As it was, he stayed on until midway through the Test summer of 2012-13, adding two more hundreds and another nine Test match victories to take his career tally beyond 100. However, at the same time Ponting’s average was steadily eroded to 51.85 by the time of his last match in Perth against South Africa.

“I was just a little bit worried with the void that was left on the experience side,” Ponting said. “Every great team that I played in, whether it be a club team or an Australian cricket team or a state team, there was always a lot of old hard heads around just to make sure when the younger guys came in that they understood what it meant to be playing for each of those teams. And if I had have retired … I was worried there wasn’t going to be enough people to point them in the right direction.”

Working primarily as a commentator, Ponting kept a professional distance from the Australian side until he began to become involved in some T20 coaching from 2017 onwards, but his closeness to the set-up was greatly increased once his close friend Justin Langer became the senior coach in the wake of the Newlands scandal in 2018.

“Having Justin around the national team now, I think we’ve already seen a bit of a change in behaviour and I think we’ve seen the public are really starting to enjoy and embrace the Australian cricket team again,” Ponting told the gathering. “Even looking at [Monday night], the way that David Warner spoke at the Australian Cricket Awards … wind the clock back 12 or 18 months, that wasn’t possible for him to do. I think he did a terrific job. And I think he’s slowly starting to gain a lot of the respect of the Australian public back again.”

The Chappell Foundation, which collects funds for homeless youths, raised more than A$400,000 on the night, as Ponting and the foundation’s founder Greg Chappell also took guests on a guided tour of the Australian dressing room.