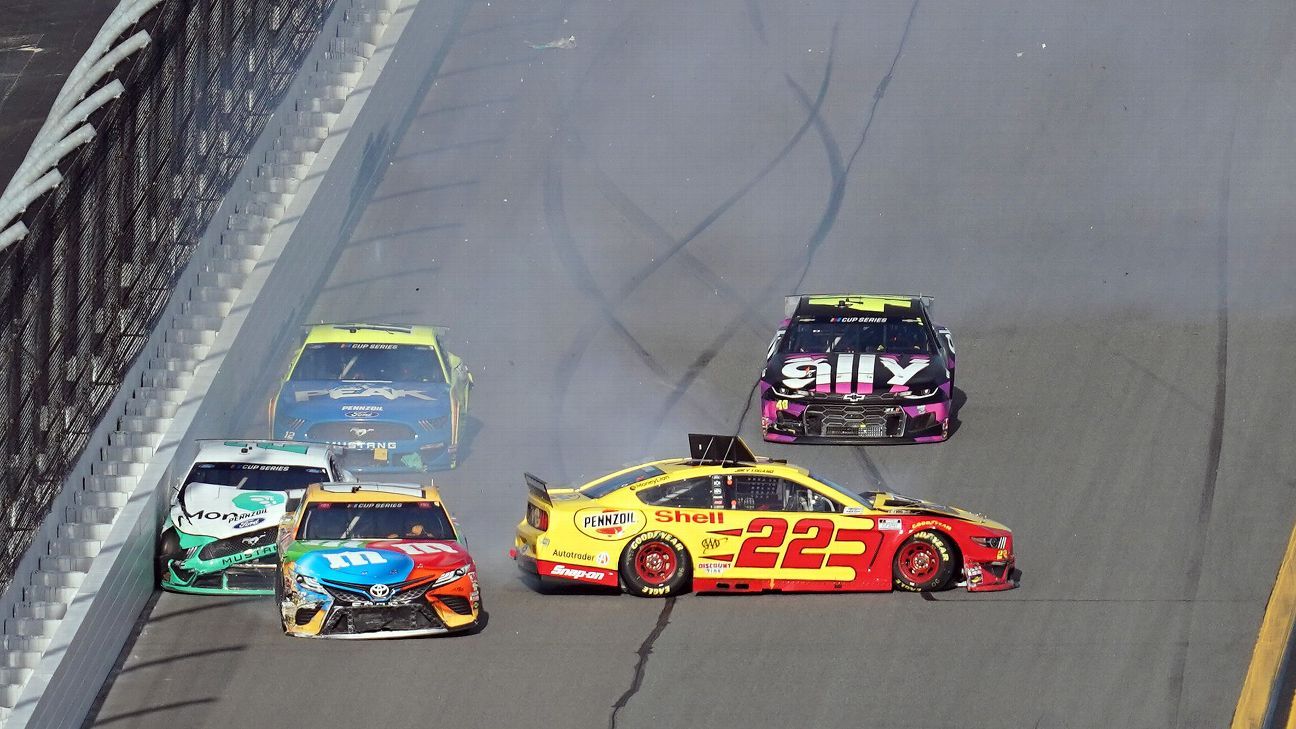 Keselowski was furious at his teammate and accused Logano of throwing unnecessary blocks that triggered one of the two wrecks in the final nine laps of the Busch Clash.

“We shouldn’t be wrecking all these cars. You’d think these guys would be smarter than that. It’s the same thing over and over, somebody throws a stupid block that’s never going to work and wrecks half the field,” Keselowski said.

Logano said he talked with Keselowski and the two former NASCAR champions smoothed over their differences.

“I had no clue. I was like, ‘Hey, what are you mad about?’ Let’s talk about it,'” Logano said. “I just explained my side of the story. You know how it is, you get out of the car, you’re frustrated, you’re mad. Your emotions are running high, you haven’t watched anything and they stick a microphone in your [face] like this and tell you, ‘What happened out there?'”

Keselowski said Wednesday he wanted to keep his conversation with Logano private, and that “I’ve said what I wanted to say.”

Kyle Kuzma dons massive jacket to Saturday’s game against the Nets
Breaking down McGregor vs. Chandler on TUF and in the Octagon
How Jalen Hurts silenced his doubters and led the Eagles to Super Bowl LVII
De La Hoya: Davis-Garcia April fight not yet final
Super Bowl LVII notable bets: The making of a 2,000-prop betting menu