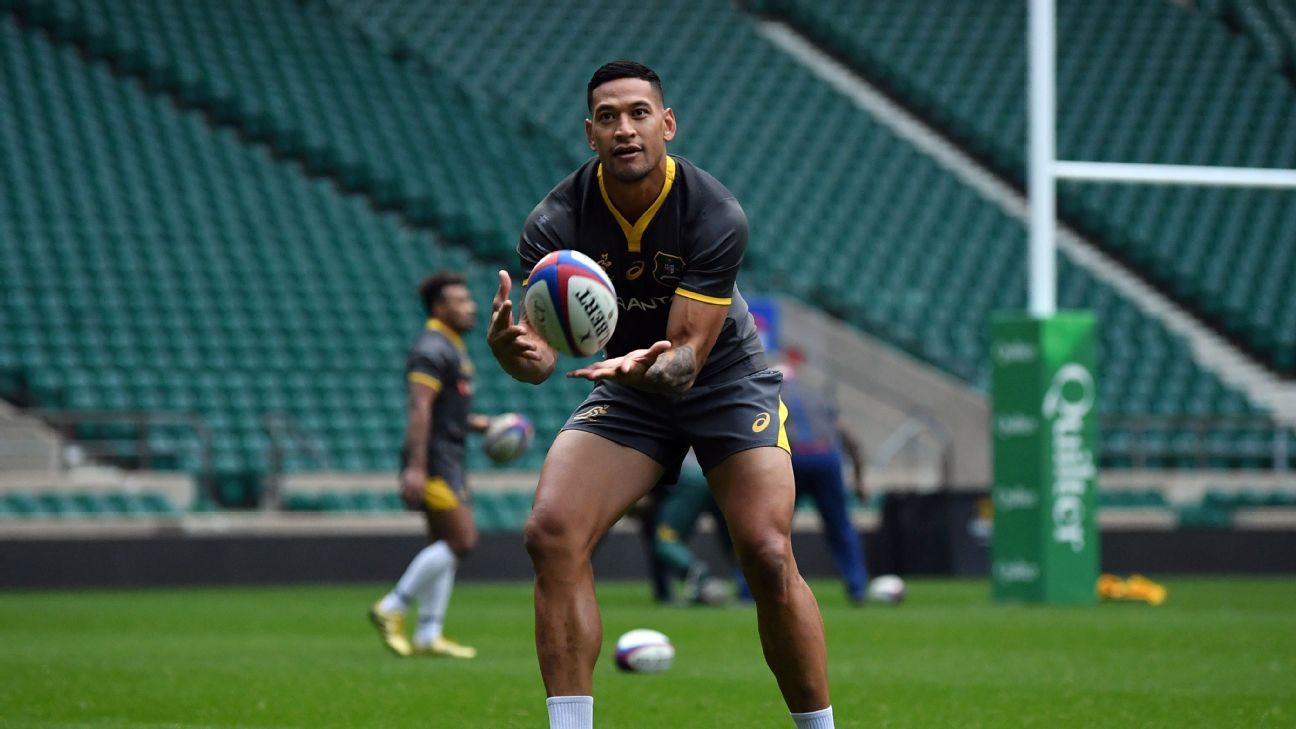 Israel Folau is set to make his Catalans Dragons debut against Castleford in the Super League on Saturday.

Coach Steve McNamara named his 21-man squad on Thursday for the game at the Gilbert Brutus Stadium with Folau included at No. 4.

Folau wasn’t named in either squad for the two games the Dragons have played since his arrival.

The former rugby union player has not played rugby since last April and had his contract with Rugby Australia terminated in May when he posted on social media that hell awaits “drunks, homosexuals, adulterers” and other groups.

His signing with the Calatans Dragons was met with anger by other teams with Super League chief executive Robert Elstone calling it a “sad day”.

Following a meeting with clubs on the issue, the league took steps to ensure that they can intervene in future controversial signings.

How Eagles OT Lane Johnson found his happiness after nearly quitting the game
Casemiro double leads Man United to FA Cup win
Trade grades: Horvat fills a need for the Islanders … but at a high cost
LeBron, Giannis voted as All-Star Game captains
A golden glove and an underrated bat: Here’s what makes Rolen a Hall of Famer