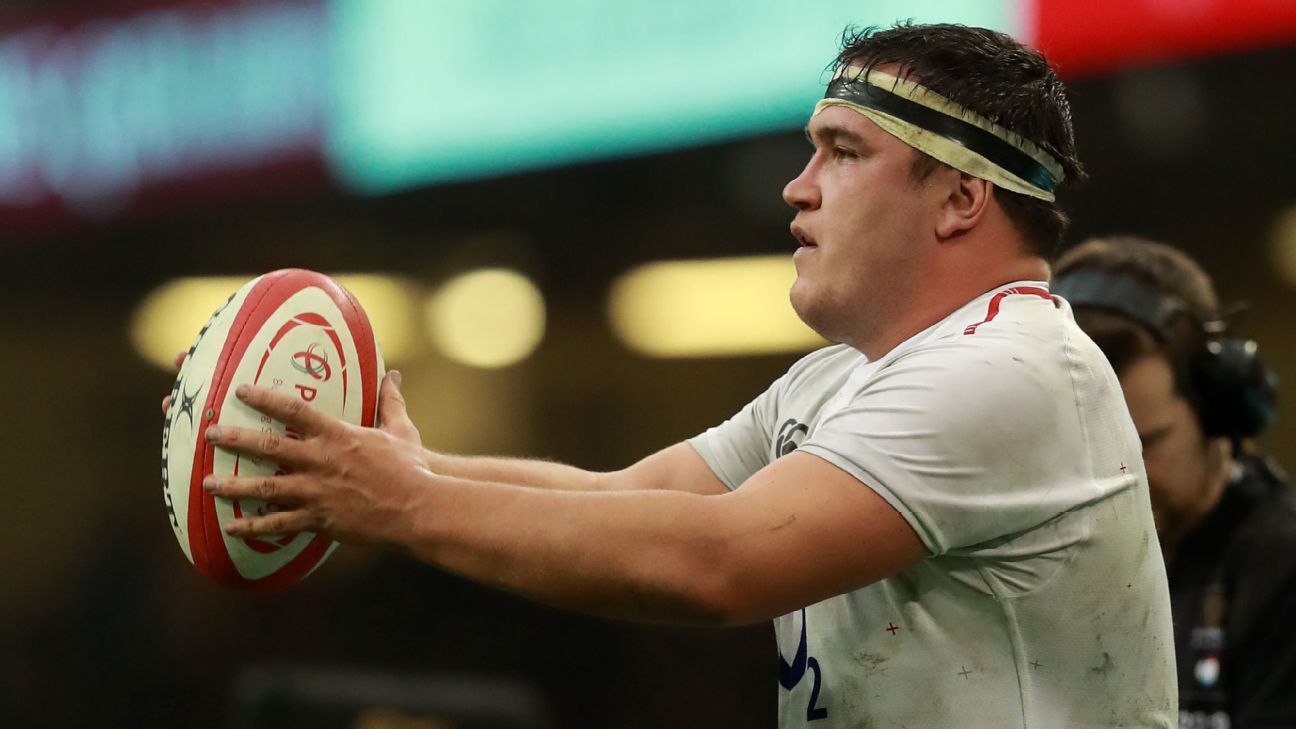 England hooker Jamie George says he will continue to play for Saracens next season despite them being relegated from the Premiership for breaching salary cap rules.

The futures of several England players, including captain Owen Farrell, Maro Itoje and the Vunipola brothers Billy and Mako, were thrown into doubt when Premiership Rugby announced the sanction last month.

“It’s tough and everyone is in a different situation,” George, who played in England’s Six Nations win against Scotland at Murrayfield last weekend, told Sky Sports.

“Pretty sure I’ll be staying. The details of it I’m not too sure about yet, but I will certainly be playing some rugby next year. I’ve not spoken to the other boys, but for me it’s a personal thing.”

Saracens coach Mark McCall has said that the relegation could even help the club’s England contingent earn their places on the Lions tour to South Africa next year.

“They are at that stage where they have been on this treadmill for 10 years and they are seeing it as a positive where next year can be one where they are freshened up, physically recover and get better,” McCall said.

“Play enough rugby and go on a Lions tour at the end of it fresh — which is not normal.”

English and European champions Saracens will play in the second-tier Championship next season.

The Rugby Football Union (RFU) said on Wednesday it was cutting its funding of clubs in the Championship, the second tier of English rugby union, by almost half next season.