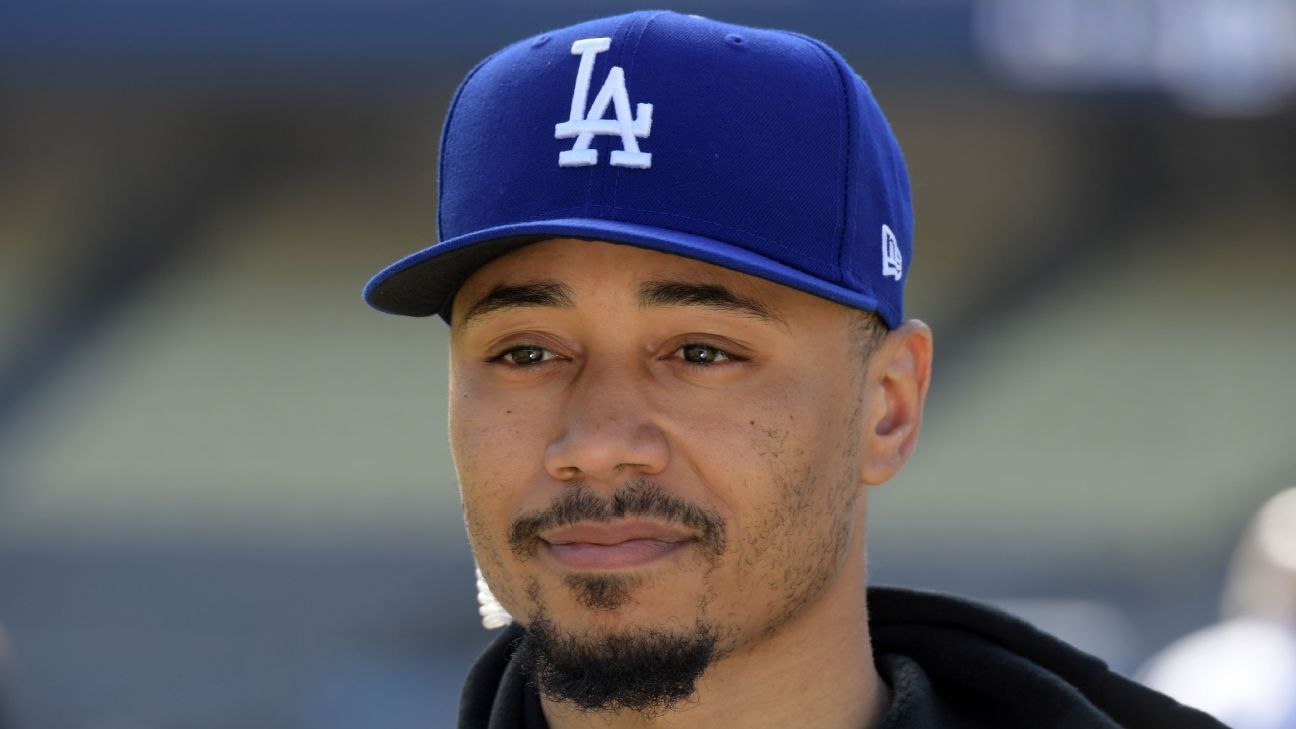 LOS ANGELES — Andrew Friedman, the Los Angeles Dodgers‘ president of baseball operations, tried to trade for Mookie Betts last summer. But the Boston Red Sox, at the time still under the direction of Dave Dombrowski, suddenly got hot. They won five of six against the division rival Tampa Bay Rays and New York Yankees near the end of July and ultimately decided against it.

Friedman’s admiration for Betts stretches much further back — to Betts’ minor league days, when Friedman worked out of a different coast and Betts was still trying to make it as a second baseman.

“It goes back a long time, from afar,” Friedman said. “He may wanna get a restraining order against me.”

Friedman was finally, officially, able to land Betts on Monday, after successfully coordinating with new Red Sox executive Chaim Bloom, his former protégé with the Rays. The Dodgers absorbed half of the $96 million remaining on David Price’s contract, parted with two integral pieces, outfielder Alex Verdugo and pitcher Kenta Maeda, and gave up a coveted prospect in middle infielder Jeter Downs.

But at last — after following his progression to stardom, failing to acquire him seven months earlier and configuring a second version of a complex trade — Friedman landed Betts. After introducing his new star on Wednesday, while seated on a makeshift stage set up in Dodger Stadium’s outfield, Friedman said Betts “embodies everything that we really value about a position player.”

He hopes to employ him for more than one season.

“We obviously know that his team control is up after 2020,” Friedman said of Betts, who will make $27 million in his final season before free agency. “We’re hoping that he falls in love with the team, the city, the fans, and wants to be here for a long time.”

Betts was predictably noncommittal when asked if he would be willing to entertain extension offers before the upcoming offseason. He said he “just got here” and that he still needs to find a place to live and that he is “focused on 2020.”

But it has been clear for a while that, outside of an otherworldly offer that is difficult to imagine, given the dollars that await him in the open market, Betts intends to become a free agent and maximize his earning potential.

On the Dodgers, at least, he’ll experience a winning product. The team is still in search of its first championship since 1988, but it has claimed seven consecutive National League West titles and has retained the core of a group that claimed 106 regular-season victories last season.

Betts will remain in right field and will hit out of his customary leadoff spot, Dodgers manager Dave Roberts said. Following him in the lineup, in no particular order, will be reigning NL MVP Cody Bellinger, along with an assortment of celebrated impact players such as Justin Turner, Corey Seager, Max Muncy, A.J. Pollock, Gavin Lux and Will Smith.

With Bellinger and Betts, the AL MVP in 2018, the Dodgers will be the first team since the 1963 Yankees of Mickey Mantle and Roger Maris to feature MVPs from each of the previous two seasons in the same outfield, according to research from the Elias Sports Bureau.

“It’s gonna be pretty special,” Betts said of joining Bellinger. “He’s definitely going to put on a show, and I’ll do my best to keep up with him.”

The trade, which included a separate deal that sent Maeda to the Twins in part for hard-throwing right-hander Brusdar Graterol, came at the intersection of competing philosophies. Under Dombrowski, the Red Sox won it all in 2018 but also bloated their payroll with pricey acquisitions, triggering an ownership-driven desire to get under the luxury-tax threshold and avoid escalating penalties. The Dodgers were in a position to acquire Betts and take on Price’s contract in large part because of the pragmatic moves made by Friedman over the last five years, which created payroll flexibility and increased the organization’s prospect capital.

Over the past few days, many have voiced displeasure at a financial behemoth like the Red Sox parting with a homegrown, generational talent like Betts.

“I understand people being surprised by it, but I’ve done this for a long time,” Price said. “I’ve seen a lot of different moves, and if I put myself in that owner’s seat, or that general manager’s seat, I can kind of wrap my head around it and understand what was going on, what they’re trying to do, which is sustainability and stuff along those lines. I know it’s tough for Red Sox nation to see Mookie leave. What he’s been able to do for them on the field, off the field — that’s tough.”

Betts, 27, has accrued 35.4 FanGraphs wins above replacement since his first full season in 2015, second only to Mike Trout. In that time, he has accumulated four Gold Glove Awards, four All-Star appearances, three Silver Sluggers, a World Series championship, an MVP, a .302/.374/.524 slash line, 134 home runs and 119 stolen bases.

Price is five years removed from his last All-Star appearance and eight years removed from capturing the AL Cy Young Award. But the 34-year-old left-hander was an elite starting pitcher as recently as 2018, when he went 16-7 with a 3.58 ERA and capped the season with a dominant performance at Dodger Stadium in Game 5 of the World Series.

Price said he is “fully healthy” after eliminating the cyst that often prompted him to lose feeling in his left wrist and hand, which hindered the second half of his 2019 season. He is expected to slot in behind Walker Buehler and Clayton Kershaw in the rotation and could be followed by a host of promising young arms, most notably Julio Urias and Dustin May.

Friedman, who was responsible for drafting Price first overall with the Rays in 2007, can see him being a difference-maker if healthy.

“We’ve had really talented teams in the past,” Friedman said. “This is quite possibly our most talented team.”