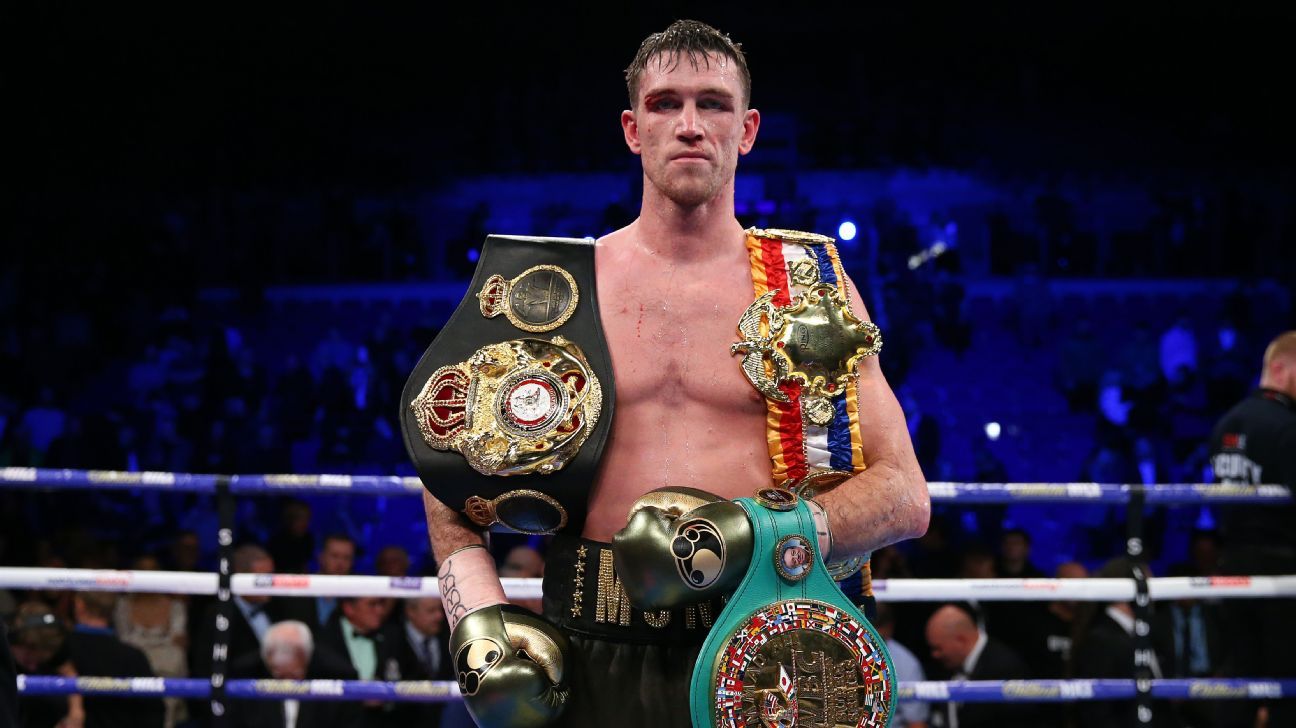 Super middleweight titleholder Callum Smith, the No. 1-rated 168-pounder in the world, has turned down an offer to defend his belt against Canelo Alvarez on May 2.

Golden Boy Promotions CEO Oscar De La Hoya, who promotes Alvarez, and Eddie Hearn of Matchroom Boxing, who promotes Smith, both told ESPN on Thursday that the initial offer was declined by Smith.

“He’s an idiot,” De La Hoya said. “Callum Smith is a good fighter and has an amazing shot of beating Canelo and he turns it down?”

Alvarez, the middleweight world champion, a secondary super middleweight titleholder and boxing’s biggest star, is slated to fight on May 2 at T-Mobile Arena in Las Vegas in the fourth fight of his five-year, 11-fight, $365 million deal with DAZN.

Smith, fellow 168-pound titlist Billy Saunders and secondary middleweight titlist Ryota Murata were on the short list of potential opponents. Talks with Japanese star Murata ended a week or so ago, leaving Smith and Saunders, who are both promoted by Hearn and who both also fight on DAZN, as the leading candidates.

“Callum Smith turned down the fight and he would have made three to four times the money he has ever made and he turned it down,” said De La Hoya, who declined to say how much Smith was offered. “I wish him all the best and hopefully he can make the same money somewhere else. But Callum Smith, the most dangerous fighter out there at super middleweight, is out there and he’s bragging how he wants to fight the best and he turns it down? What’s wrong with these fighters? What’s happening with the legacies? It’s all business now.”

Financial packages for the two most recent Alvarez opponents — Sergey Kovalev and Daniel Jacobs — were more than $12 million.

Hearn told ESPN he did receive an offer for the fight from Golden Boy “that we didn’t accept.”

“We turned down the initial offer but, of course, it’s the fight that Callum wants next,” Hearn said. “If we feel the offer is right, he will jump at the chance.”

De La Hoya did not say whether another offer would be made to Smith.

“We have a few opponents that we’re looking at,” De La Hoya said. “We’re going to go down the list. And whoever turns it down, on to the next one. These days I can’t even mention names because they automatically add zeros to the final number (of dollars they want). I commend Billy Joe Saunders because he went on record saying he wants the fight and would fight Canelo for free, but there are several guys out there.

“I don’t want to mention any names from my mouth, but we will work with anybody. We will just keep going down the list. But it’s an idiotic mistake on their part to turn down a chance to fight Canelo, the biggest star in boxing, and to make the most money.”

Rose wins at Pebble Beach to end 4-year drought
FICA report: Chance for women to earn a living from international cricket up by 75% from 2020
England coach Cockerill to leave after 6N
Pelicans call out refs as officials admit late errors
Boeheim on retirement chatter: ‘It’s my choice’