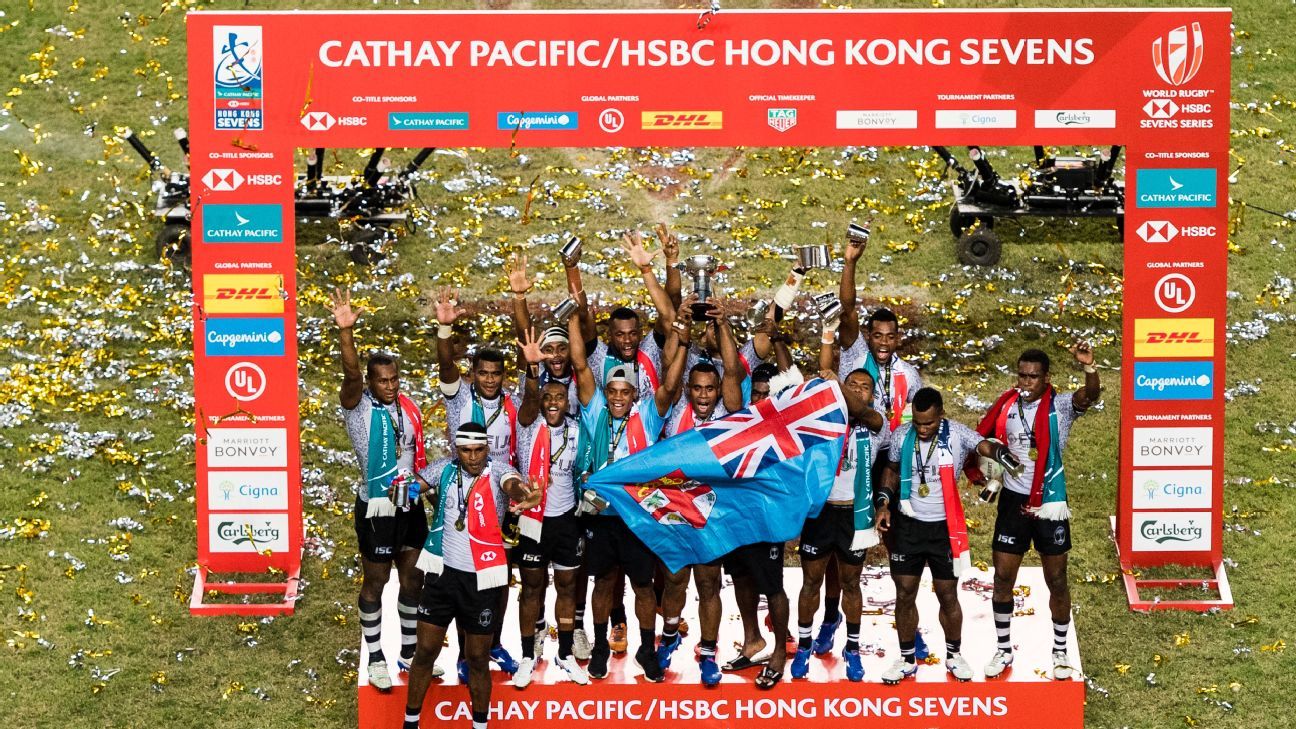 The Hong Kong and Singapore Sevens will be postponed until October due to concerns over the coronavirus outbreak, World Rugby announced on Thursday.

Sources had told ESPN that both legs would be rescheduled and the organisation has confirmed the Singapore tournament will take place from Oct. 10-11 and Hong Kong will run from Oct. 16-18.

The Hong Kong leg of the HSBC World Sevens Series was originally set to take place April 3-6, with Singapore a week later.

“The wellbeing of the rugby family and wider public is our priority & the decision to reschedule has been made in full consultation with the HKRU, Sport Singapore, unions and national authorities,” World Rugby chairman Bill Beaumont said in a statement.

The events are seen as key to teams’ preparations for the Tokyo Olympics rugby sevens competitions, which run from July 27-Aug. 1.

The Hong Kong tournament was hosting a joint Sevens Series competition for both men and women for the first time this year as World Rugby expanded the women’s circuit from six tournaments to eight.

As of Wednesday, the death toll from coronavirus has risen past 1,100, with over 44,000 reported cases. The World Health Organisation has declared it a global health emergency.

The outbreak of the flu-like virus has cancelled a number of sporting events, including the China Grand Prix.

Many other events in Asia have also been affected. Olympic qualifying events in football, boxing, basketball and badminton that were scheduled in China in February already have been moved to Australia and Serbia.

The World Indoor Athletics Championships in Nanjing have also been postponed by a year to March 2021 due to the outbreak.

Information from Reuters was included in this report.