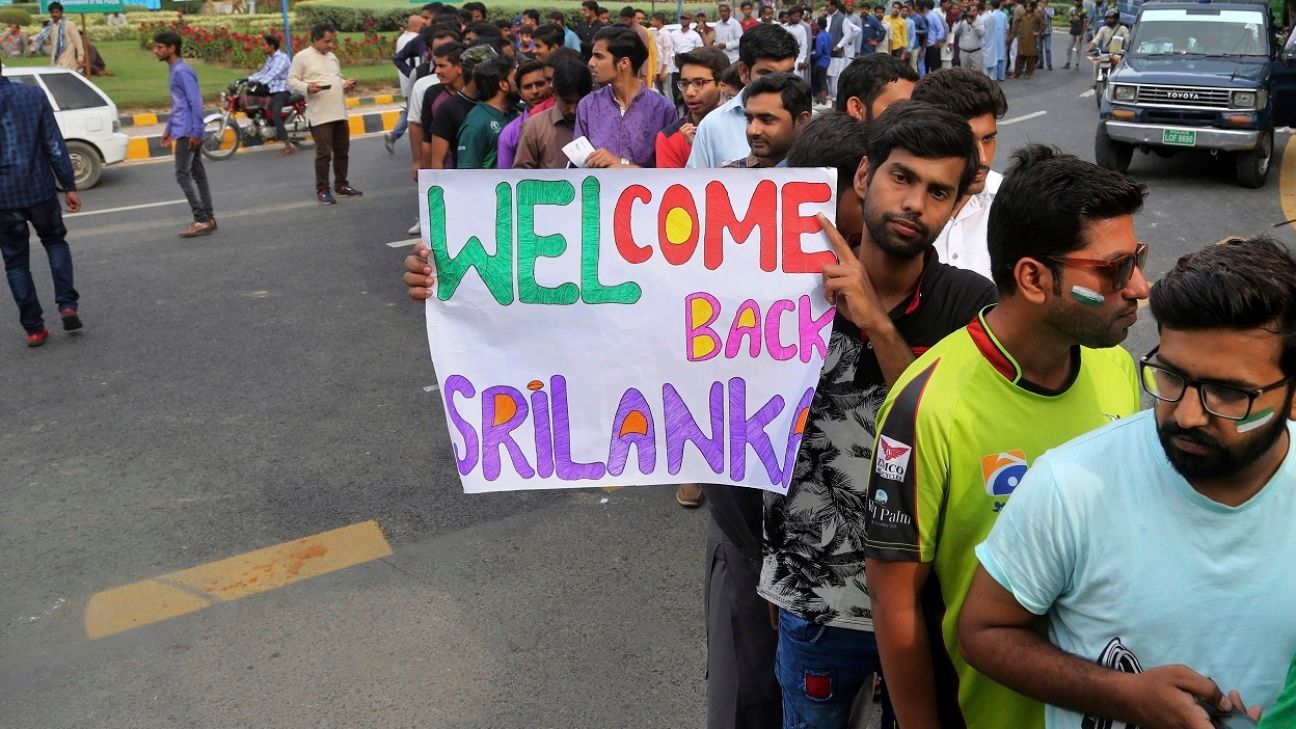 A 12-member MCC squad, led by Kumar Sangakkara, landed in Lahore on a week-long trip to play a series of four T20 matches starting Friday. This could be another step in the right direction – some are even terming it a “major coup” – as Pakistan aims to regularly host internationals in the country.

Over the last two months, Pakistan has hosted Sri Lanka and Bangladesh for Tests and limited-overs matches. West Indies too toured in October for three T20Is. Now, talks are underway to host South Afric for three T20Is after the PSL, all of which will be played in the country.

Sangakkara believes successful staging of matches itself, like they have recently, will be proof for foreign teams still wary of traveling. He believes the steps taken by Pakistan over the last few years have already “instilled great amount of confidence in the cricket nations.”

“Rather than a direct message by saying something to them, the best thing that we can do is send that message by the way we play in the field,” he said at a press conference in Lahore. “The more times international sides tour that message becomes stronger and becomes harder to ignore.

The MCC, which last toured Pakistan under the captaincy of Mike Denness in 1973, has been at the forefront of efforts taken to ensure cricket returns to the cricket. Now back to Pakistan in a different capacity, Sangakkara, who was part of the horrific terrorist attack on the Sri Lankan team in Lahore in 2009, feels fans needed to watch their heroes in real for the game to thrive in an already cricket-mad country.

“So if there is no home cricket for a very long period of time, there is a danger that sometime that kind of hunger might go away. The more cricket that you play here at home, the more times young children and the fabulous fans of Pakistan can see their side, their players play in front of them, within almost touching distance.

“The MCC tour is a part of completing that puzzle, and I think this is a great step by everyone to combine and to be here to again try and encourage sides to come back and play cricket in Pakistan.”

The MCC is slated to play against PSL teams Lahore Qalandars and Multan Sultans, as well as Pakistan’s domestic T20 champions, Northerns. The tour also includes a 50-over fixture against Pakistan Shaheens at Aitchison College.

Some of the Pakistan players featuring in the games include Mohammad Hafeez, Mohammad Irfan and Shan Masood.