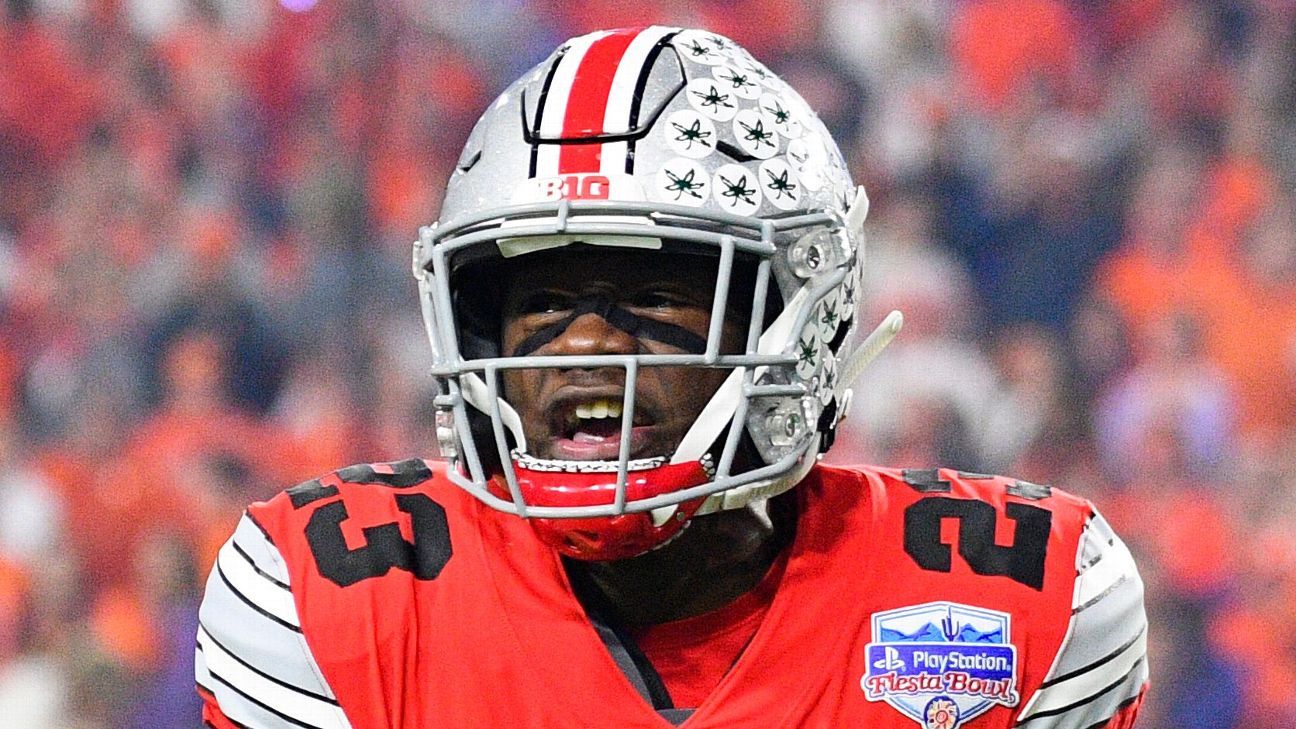 COLUMBUS, Ohio — Two former Ohio State football players pleaded not guilty Thursday to charges that they held a woman against her will and raped her this month.

Defensive backs Amir Riep and Jahsen Wint — who were kicked off the team Wednesday after the charges came to light — made an initial appearance in Franklin County Municipal Court in Columbus, and their respective attorneys entered pleas of not guilty.

Judge Cynthia Ebner set bond at $100,000 for Riep and $75,000 for Wint and ordered that the men not have contact with the accuser or each other. They also were ordered not to discuss her on social media.

The case now will go to a grand jury, which will decide whether the men should be indicted.

“Were my client some stone-cold rapist, kidnapper, he wouldn’t have been on the street for seven minutes, not to mention seven days,” Shamansky said. “This case is so full of reasonable doubt it’s beyond belief. The reality is, my kid’s innocent.”

The woman told police that on Feb. 4 she started having consensual sex with Riep before Wint came into the room and both forced her into sex.

Officials said in court that police have the video recording.

Shamansky, one of the highest-profile defense lawyers in Columbus, said Wint cooperated fully with police before Shamansky began representing him and has expressed his willingness to take a lie-detector test.

“I’m curious whether his alleged victim is willing to do the same. I’m guessing the answer is no,” Shamanksy said.

Riep’s attorney, Karl Schneider, said the young man is cooperating with investigators and is “sad and depressed” about Ohio State’s decision to release him.

Riep, a 6-foot-1, 185-pound cornerback who was entering his senior season for Ohio State, was expected to compete for a starting job. Wint, a 6-foot, 198-pound redshirt senior, would have been in the mix at safety.

In dismissing the players from the team, Day said in a statement that “it is clear they did not live up to our standards and my expectations.”

The charges were a problem for a program that has avoided major off-the-field trouble as Day begins his second year at the helm. Last season, All-American defensive end Chase Young was suspended for two games after it came to light that he had accepted a personal loan in violation of NCAA rules.

Ohio State was 13-1 last season, its only loss against Clemson in a College Football Playoff semifinal. Spring practice starts March 2, and the Buckeyes open the 2020 season at home Sept. 5 against Bowling Green.

Despite Lamar Jackson uncertainty, Ravens believe OC job is ‘one of the top in world’
Ingram rejoins Pelicans after 29-game absence
Aussies Hijikata, Kubler into men’s doubles final
The 13 U.S. debutants you need to know in January friendlies
McIlroy snubs Reed, in no mood for reconciliation