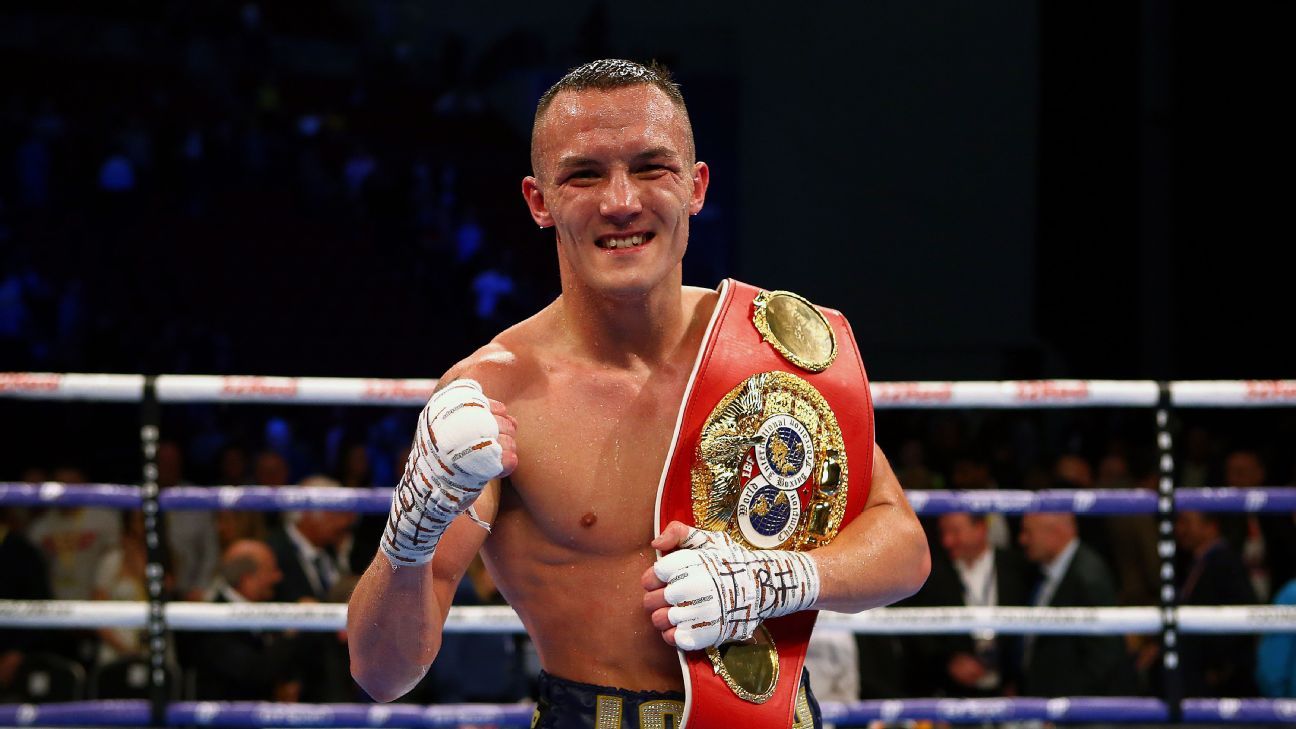 Featherweight world titleholder Josh Warrington has signed with Eddie Hearn of Matchroom Boxing after parting ways with Hearn rival Frank Warren of Queensberry Promotions. Warren said in a statement issued on Wednesday that they had ended their relationship at the conclusion of his Warrington’s promotional agreement.

“I am happy to say that we delivered for Josh on every level and helped him realize his goals in the sport,” Warren said. “We all wish Josh every success for the future and will always remember the great nights we enjoyed in Leeds.”

“It’s great to be back with Matchroom, Sky and now DAZN and I’m very excited about the future,” said Warrington, who previously was promoted by Matchroom Boxing. “I have enjoyed my time at BT but now I’m looking forward to going on to achieve my dreams of both fighting in the USA and unifying the division.”

Hearn was pleased to add another top boxer to his stable.

“I’m ecstatic to welcome Josh Warrington back to Matchroom,” Hearn said. “We had some amazing times helping to build Josh in Leeds and now we reunite at a time when he is the king of the division.

“Josh has some of the most loyal and passionate supporters in sport and we look forward to delivering nights they will never forget. There is so much more for Josh to accomplish and today starts a new chapter in the thrilling Josh Warrington story.”

Warrington (30-0, 7 KOs) fought numerous times in his hometown of Leeds, England, including his biggest fight under Warren’s guidance — his crowning moment in boxing, when he won a split decision to take a 126-pound world title from Lee Selby in May 2018 before some 30,000-plus at the Elland Road soccer stadium in Leeds.

Warrington, 29, who had been with Warren since 2017, won the belt with Warren and has gone on to make three title defenses, decisions over former two-division world titlist Carl Frampton and mandatory challenger Kid Galahad as well as a second-round knockout of Sofiane Takoucht in his most recent fight in October.

Warren and Top Rank’s Bob Arum had been in discussions for an early-summer title unification bout between Warrington and Shakur Stevenson, who first is scheduled to defend his belt against Miguel Marriaga on March 14 in New York. It is possible Warrington-Stevenson could still be made even with Warrington switching American broadcasters.

Stevenson said he believes the new deal actually increases the likelihood that he and Warrington will meet in the ring.

“I actually think it’s going to be a lot easier for me unifying titles with him. I think Eddie’s got more money [to offer] than Frank,” Stevenson said.

Arum said everyone involved is moving forward with making Stevenson-Warrington a reality.

Warrington also will eventually have another mandatory defense due against Galahad, who knocked out Claudio Marrero in the eighth round of a title elimination bout on Saturday on the Hearn-promoted Kell Brook-Mark DeLuca card in Sheffield, England.