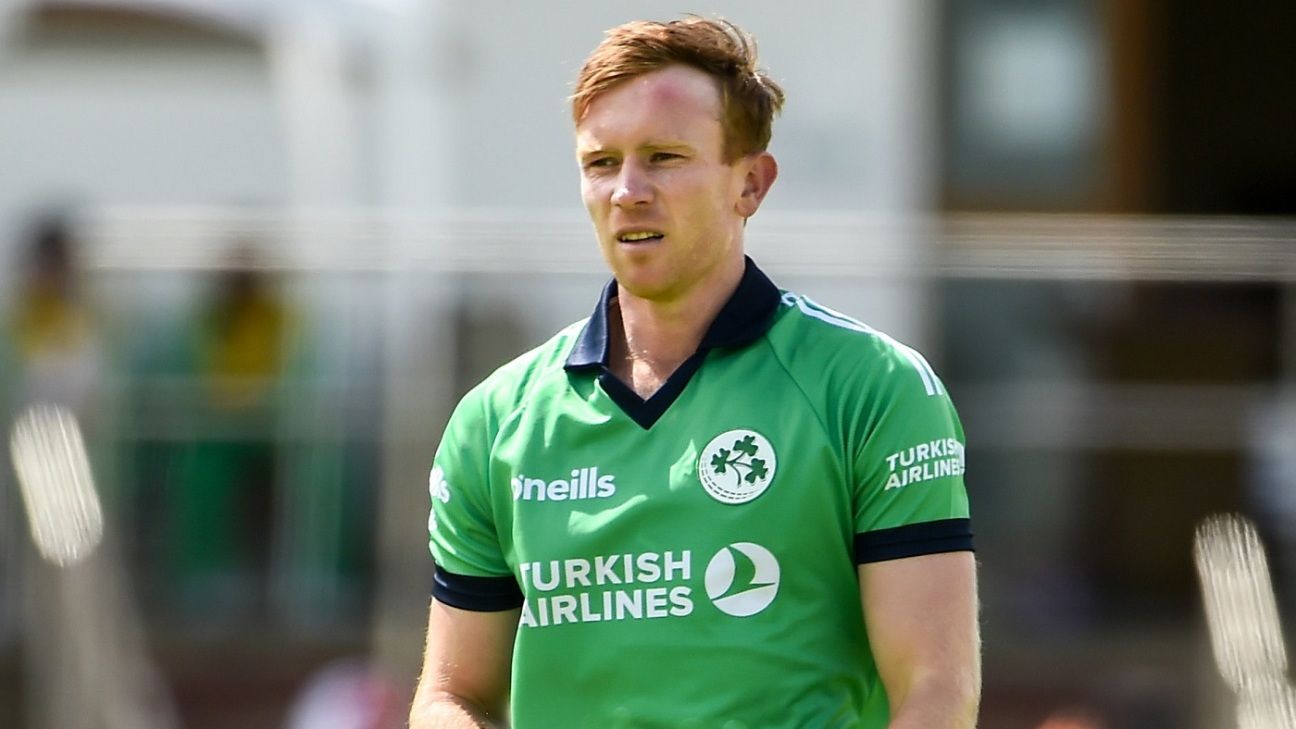 Fast bowler Mark Adair has been sidelined from Ireland’s tour of India for three T20Is against Afghanistan with an ankle injury. Shane Getkate has been called up as a like-for-like replacement. The Durban-born Getkate has played 14 T20Is so far, picking up eight wickets at an economy rate of 9.22.

Adair’s enforced exit is the only change to the squad that toured the Caribbean in January earlier this year.

“While it is unfortunate Mark Adair will not be travelling, this opens up an opportunity for Shane Getkate, who missed out on the Caribbean tour,” Andrew White, the chairman of selectors, said.

“We are confident that we have selected a well-balanced side, but we will be looking for greater consistency as the year progresses. The last tour gave us an insight into this Irish side’s potential – by beating the World Champions in their own backyard, but there is no doubt the players will be keen to show those performances on a more regular basis.”

Ireland had sprung a surprise on the reigning T20I champions in the T20I series opener in Grenada, but the second match was washed out by rain and West Indies hit back to level the series in the third.

The first of the three T20Is against Afghanistan will be played on March 6. Greater Noida will host all the three games. This will be Andy Balbirnie’s second international tour as captain. He had led both the limited-overs sides in the Caribbean.